Field Day, ridden by Tyler Gaffalione, stumbled at the break and was in relegated to eighth up the backstretch behind a swift :22.51 early quarter-mile from pacesetter Bodenheimer. Gaffalione had Field Day positioned at the rail but switched to the three path to begin his charge at the leader. Around the far turn, following a half-mile fraction of :45.72, Gaffalione tipped Field Day to the outside and made a bold rally down the center of the track to get past Bodenheimer at the wire.

“We were a little worried leaving the starting gate when she stumbled,” said Cox, who is the trainer of early Derby favorite Essential Quality. “With only going a short distance, positioning is always key. She settled in nicely around the turn and was able to run down a rally game horse on the front end.”

Rockstar Ro, Into the Sunrise, Sasim, Unitedandresolute and Lookin for Loki completed the running order.

Field Day is a 3-year-old bay gelding by Broken Vow out of the Stormy Atlantic mare Sunny Isles.

Brad Cox, trainer of FIELD DAY (winner): “We were a little worried leaving the starting gate when she stumbled. With only going a short distance, positioning is always key. She settled in nicely around the turn and was able to run down a rally game horse on the front end. Tyler gave her a great ride and we’re really happy for Richard (Klein). It was good to kick off such a big week like that. We have a lot of excitement and anticipation around the barn and that was a good start to the week. Let’s keep it going.”

Brian Hernandez Jr., jockey of BODENHEIMER (runner-up): “We won the battle but lost the war. He’s a fast horse and he set his own fractions and I thought he was going to be able to hold on with the rail being out. He’s a speedy horse so the plan was to go. He left on the button and that’s his thing.” 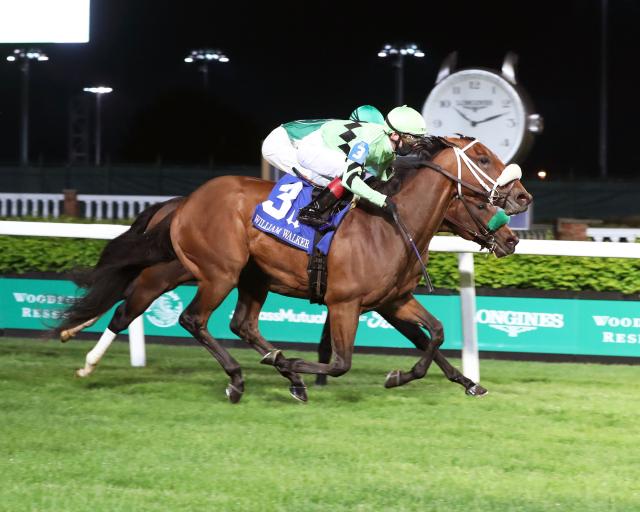