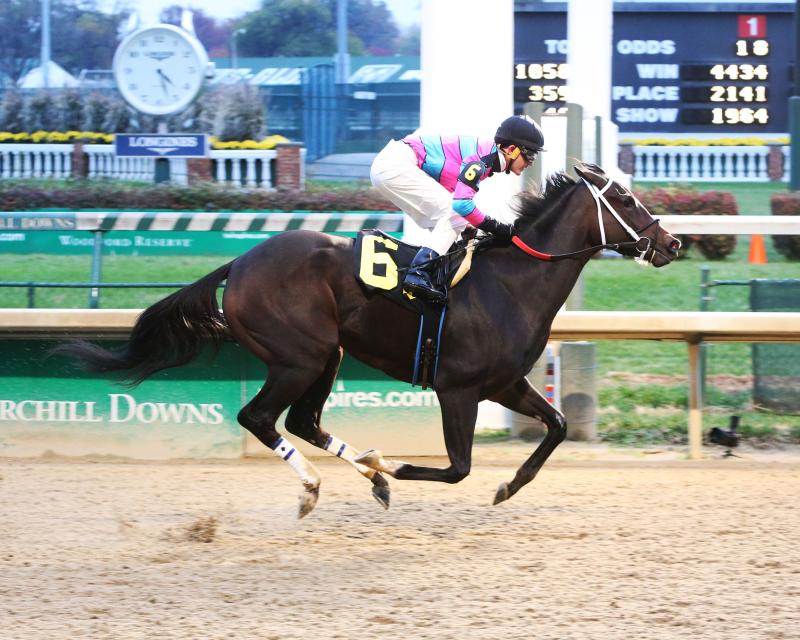 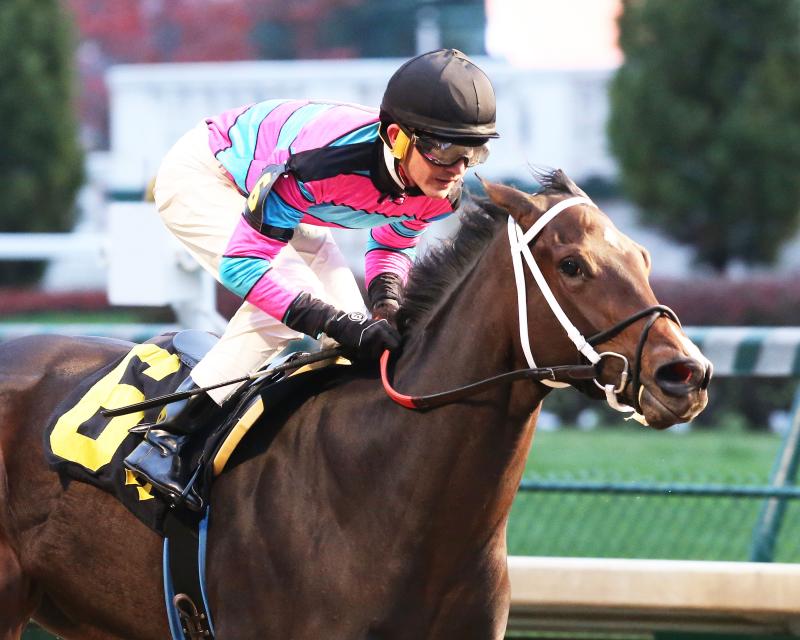 Carl R. Moore Management LLC’s 3-year-old filly Finley’sluckycharm, trained by Bret Calhoun and ridden by Brian Hernandez Jr., forced the early pace and drew off in the stretch to easily beat Moiety by 8 ½ lengths while clocking six furlongs over a fast track in 1:08.58 – a stakes record for the 12-year-old race.

In her stakes debut, the daughter of Twirling Candy paid $3 to win as the 1-2 favorite in the field of eight fillies and mares and banked $49,547. Overall, she has won five of six starts, including three in a row, and $183,547.

Racing resumes Saturday at Churchill Downs with a 12-race program that begins at 1 p.m. (all times Eastern).

BRIAN HERNANDEZ, JR., jockey of FINELY’SLUCKYCHARM (winner): “She was the best horse, it looked like. The allowance race that she came out of was a good field; it had Streamline who came back to run second yesterday (in the Falls City Handicap). So today I just rode her with all the confidence and let her show her stuff and she showed it today. The thing about her is that she’s so naturally fast that the best thing you can do with her is just stay out of her way. She gets fast and kind of runs horses off their feet which is a great aspect of hers because then they get tired and can’t keep up with her.”

BRET CALHOUN, trainer of FINLEY’SLCUKYCHARM (winner): “We thought a lot of her last winter. We stretched her out and it looked like she had some problems in that race so we went ahead and gave her time off and she’s come back great from it. Today we ran her back a little quicker than we wanted, but she ran real well. When you run those faster numbers that she did, you typically want to give her some time off but she really showed up today.”

Q: Where might she run next? “We haven’t thought too much about it. That race out in California (Grade I, $300,000 La Brea over seven furlongs at Santa Anita on Dec. 26) could be a possibility. That may be a little quicker than I would like to run her but we’ll keep it in mind.”

EOIN HARTY, trainer of MOIETY (runner-up): “Do you know where the winner is going? Good Lord, I hope she doesn’t go to California. My filly is a very lightly-raced filly, but she’s never run a bad race. She really impressed me today because he (jockey Javier Castellano) was after her from her from about the half-mile pole home. Usually when you ride a horse that aggressively they’ll throw their head up and quit on you, but she kept going and she held second pretty convincingly.”

JAVIER CASTELLANO, jockey on MOIETY (runner-up): “She ran great. She ran a really good race and I was really happy with the way she did it today. She was second-best. Unfortunately, we hooked up with that filly (Finley’sluckycharm). She ran in 1:08 and was a really easy winner. But I’m very happy with her. She beat the rest of the field and was just second-best today.”

HELEN PITTS-BLASI, trainer of ATHENA (third): “I was proud of her today. She ran good and she got beat by two nice horses. They went fast – eight and change – and I think this (distance) is her ticket. I was proud of her.”