The Arlington Stakes, which will be run for the first time at Churchill Downs, will go as Race 8 of 11. Post time is 4:22 p.m. (all times Eastern). The first race for the day dubbed as “Stephen Foster Preview Day” will go 12:45 p.m.

Now trained by Brian Lynch, Gray’s Fable previously competed in the care of Roger Attfield primarily in Florida and Canada. The 7-year-old son of Gio Ponti narrowly held off Hidden Stash in the Opening Verse. As a 6-year-old, Gray’s Fable won the $100,000 Appleton (GIII) at Gulfstream Park. Julien Leparoux will ride from post No. 6.

Another top horse that entered the Arlington Stakes is Amerman Racing’s Admission Office, who is also campaigned by Lynch. The 7-year-old gelding by Point of Entry last competed 15 months ago at Gulfstream Park but was a Grade III winner as a 5-year-old in the Louisville Stakes at Churchill Downs. The four-time winner will be ridden by John Velazquez from the rail.

Wagering is available for the Arlington Stakes and every race from Churchill Downs on www.TwinSpires.com, the official wagering provider of Churchill Downs Incorporated and the Kentucky Derby. 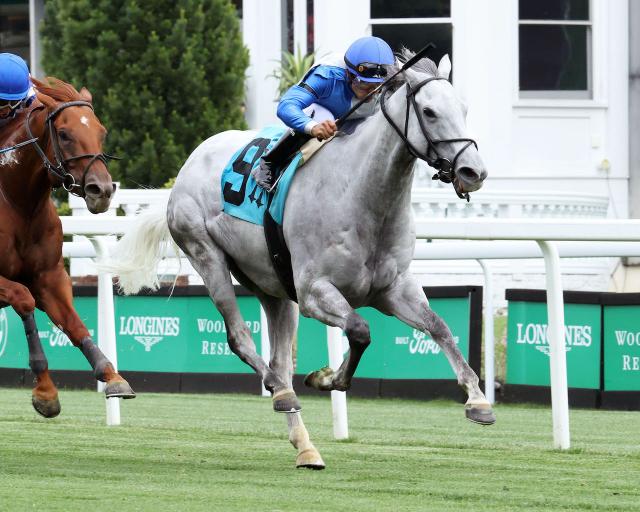