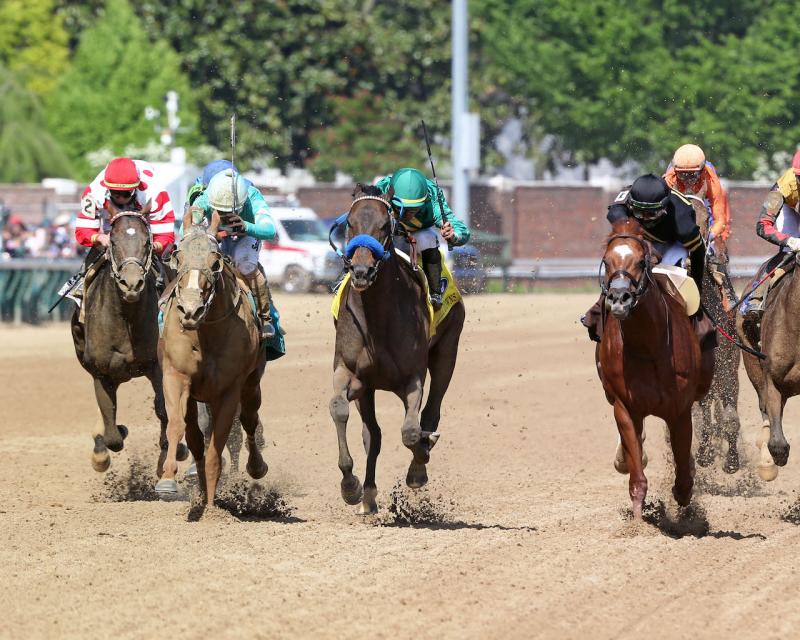 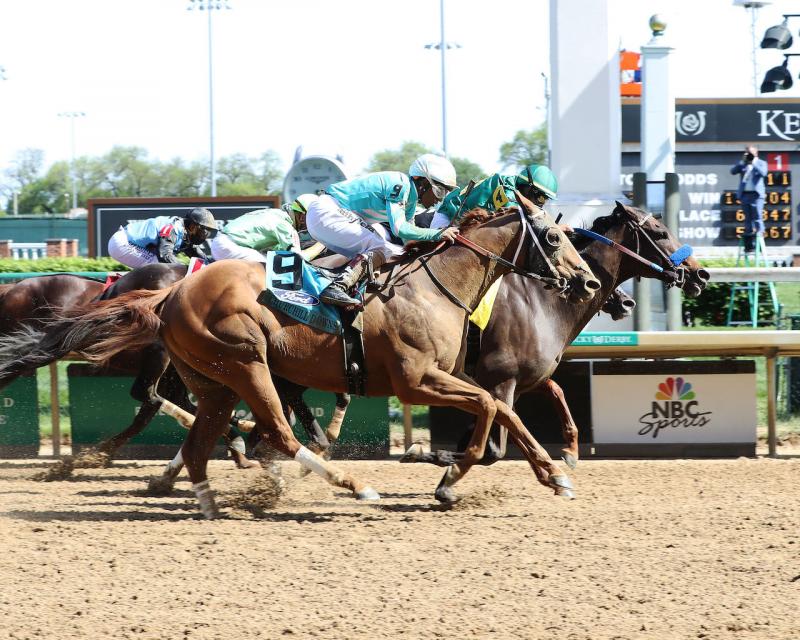 LOUISVILLE, KY (Saturday, May 1, 2021) – Lane’s End Racing and Hronis Racing’s Flagstaff re-emerged from the middle of a tight pack in the final yards to win the 86th running of the $500,000 Churchill Downs presented by Ford (GI) for 4-year-olds and up by a head.

Trained by John Sadler and ridden by Luis Saez, Flagstaff covered the seven furlongs on a fast main track in 1:21.82.

Flagstaff was part of an early scramble for the lead that produced fractions of :21.97 and :44.21. On the far turn, Flagstaff was shuffled back to fifth along the inside but Saez tipped his runner to the outside and with a five-wide move surged to the lead at the top of the stretch.

Flagstaff moved to a daylight advantage but in deep stretch was engulfed by Whitmore to his outside and Lexitonian to his inside. The trio raced into deep stretch as a team with Flagstaff edging clear at the wire.

Flagstaff is a 7-year-old gelded son of Speightstown out of the A.P. Indy mare Indyan Giving. He was bred in Kentucky.

It was another half-length back to Hog Creek Hustle who was followed by Phat Man, Bango, Mind Control, Basin, Endorsed, Shashashakemeup, Tap It to Win and Get the Prize.

Luis Saez (Jockey, Flagstaff, winner) – “Getting settled off the pace was the key; they were going pretty fast up front. I tried to save ground into the turn and when there was a moment to go out so I had that good spot he came for me. I know Whitmore is a good horse but my horse really dug in. When I saw everybody coming past me I thought it was over but he never gave up and finally he gave me the last little bit and we got there. John told me to ride him with confidence and that he likes to fight and we broke and then you saw that at the end."

Tyler Gaffalione (Jockey, Lexitonian, runner-up) – “He’s a hard-trying horse. He’s got a lot of natural speed and I just let him run his race. He fought hard to the wire. He gave me a good feeling at the eighth pole but we just didn’t have enough today.” 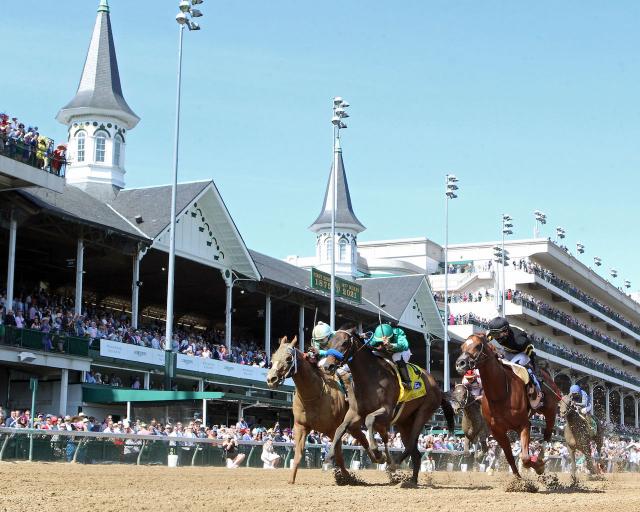