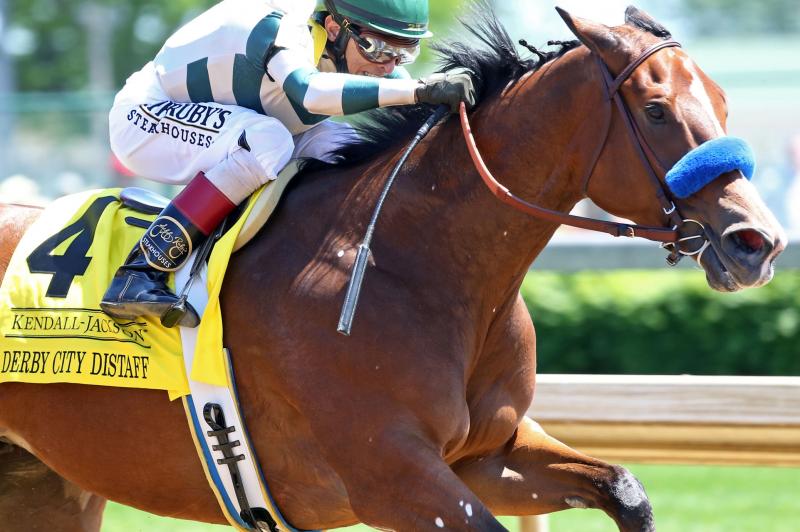 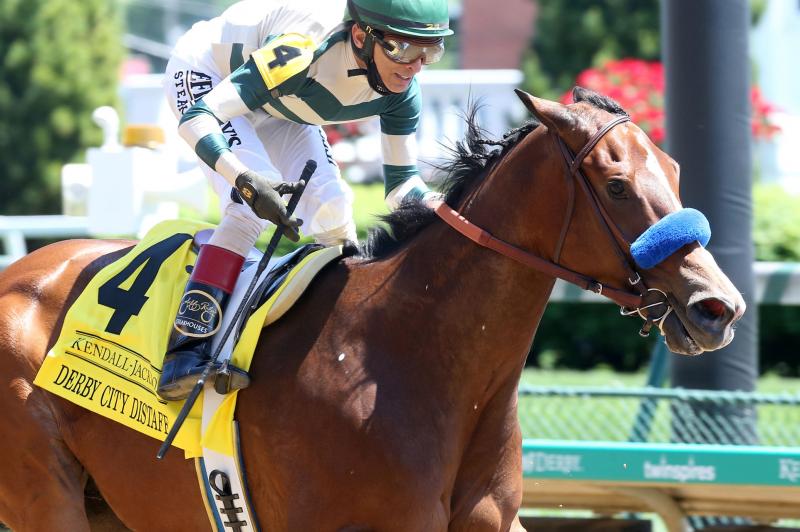 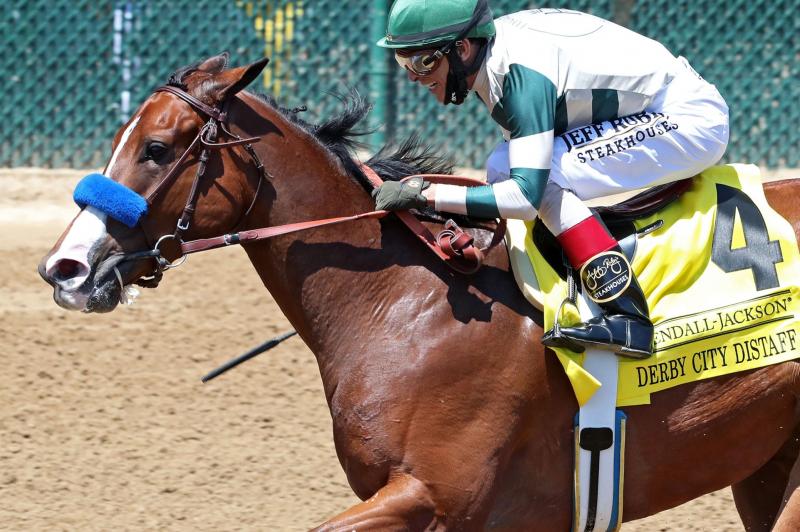 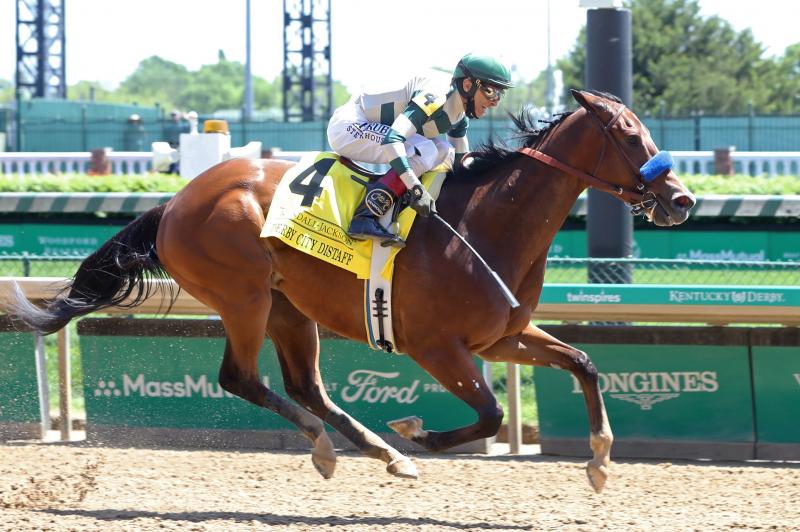 LOUISVILLE, KY (Saturday, May 1, 2021) – Michael Lund Petersen’s champion sprinter Gamine went to the front and then repulsed a challenge from Sconsin to win the 35th running of the $500,000 Derby City Distaff presented by Kendall-Jackson Winery (GI) for fillies and mares by 1 ½ lengths and give trainer Bob Baffert a record 220th Grade I victory.

Ridden by John Velazquez, Gamine covered the seven furlongs on a fast main track in 1:21.50. It is the first victory in the race for Velazquez and third for Baffert who previously won with Midnight Lucky in 2014 and Pussycat Doll in 2006.

Gamine led the field through fractions of :23.15 and :46.08 while running unopposed on the lead. On the far turn, Sconsin made a move to Gamine’s outside but never could push ahead of the 2020 Eclipse Award winner as champion female sprinter.

Defending champion Bell’s the One finished fourth and was followed in order by Hibiscus Punch and Unique Factor.

John Velazquez (Jockey, Gamine, winner) – “She didn’t get to the break I hoped for but she bounced back really quickly and ran really easy in the early going. She showed what a champion she was and I was very proud of my filly.”

Bob Baffert (Trainer, Gamine, winner) – “I didn’t know I was that close to the record until a month ago. To do it here on this big day is very special. I’m just happy for Gamine. She got the job done. I told Johnny (Velazquez) that this was the first time she’s run before a crowd. She was looking around. So many things can go wrong but once I saw her down the backside, I knew we were in the clear.”

Irad Ortiz Jr. (Jockey, Sconsin, runner-up) – "We gave her a heck of a run. I thought for a second when we got to the quarter pole, when we were moving really good, I said 'Wow, we have a good chance here.’ But it's always tough to beat those kinds of horses."

Greg Foley (Trainer, Sconsin, runner-up) – “(Gamine) is a tough filly but our horse ran so well today. Around the turn Irad got her into a perfect spot and I thought we were going to make a run at her. She’s an amazing mare for even better owners. She ran great.” 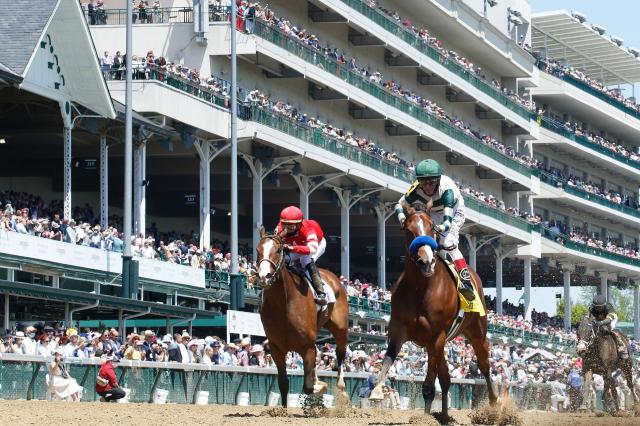