Getting to Know Trainer Norm Casse

In the first part of a weekly series that will run Sundays in the month of June, we get to know jockeys and trainers in their life outside of the racetrack. Each week will feature a different jockey or trainer. Today will feature trainer Norm Casse.

Casse was the longtime assistant to his father, Mark, until branching on his own in 2018. Currently, Casse has horses stabled at Churchill Downs and Keeneland. Casse, who is married to TVG analyst Gabby Gaudet, was a graduate of Bellarmine University where he played baseball. Casse and Gaudet live in Louisville with their dog Waylon.

Q: When you were in high school or college, where did you go on spring break?

A: I always went to Florida and places involved with baseball. I never went anywhere crazy or did anything crazy but it always involved baseball.

Q: What is your favorite karaoke song?

A: Well, when I like to grill out I definitely enjoy a cold beer. It can change at times but more than likely it will be beer.

A: Wagner’s. There’s no other choice out there.

Q: Who is your favorite superhero?

A: Definitely the Ninja Turtles. Turtle power all the way.

Q: Who is your favorite WWE superstar?

A: Bret “The Hitman” Hart

Q: If a horse runs poorly and someone interviews you after the race, what is your favorite “trainer speak” to use after the race?

A: Luckily, so far, I haven’t been in a situation where I was in a race that a reporter needed a quote after the horse ran poorly. However, if I was ever put into that situation I would probably use the classic line, “They probable blew a shoe or something.” Although, the blacksmith may not be happy with me the next morning.

Q: What’s the worse excuse a jockey has given you after a poor ride?

A: Usually the jockeys I like to use on my horses don’t come back after the race with a poor excuse. That’s part of the reason why I like to use them so much. The other day I had a horse that had a bad ride and Julien Leparoux came back and the first thing he told me was he didn’t give the best ride. That’s why we ride him because he can attest to those things. 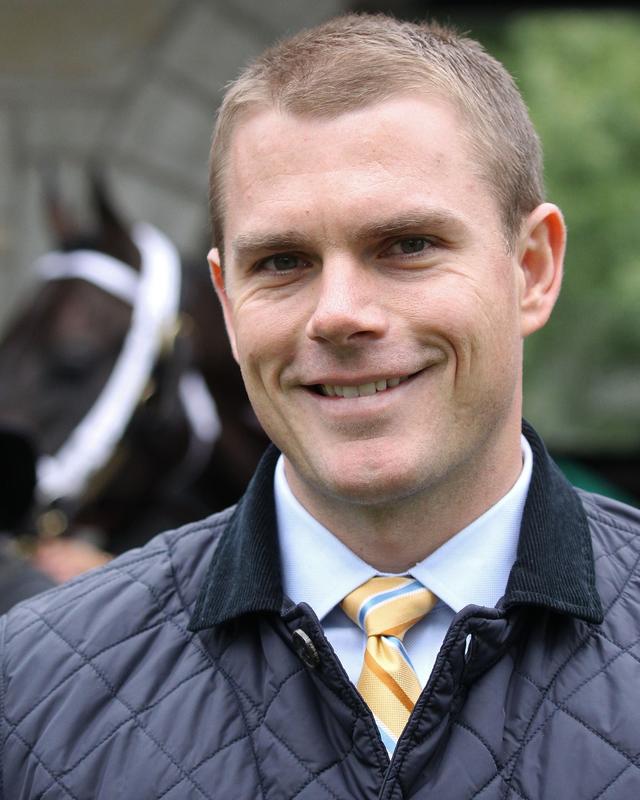