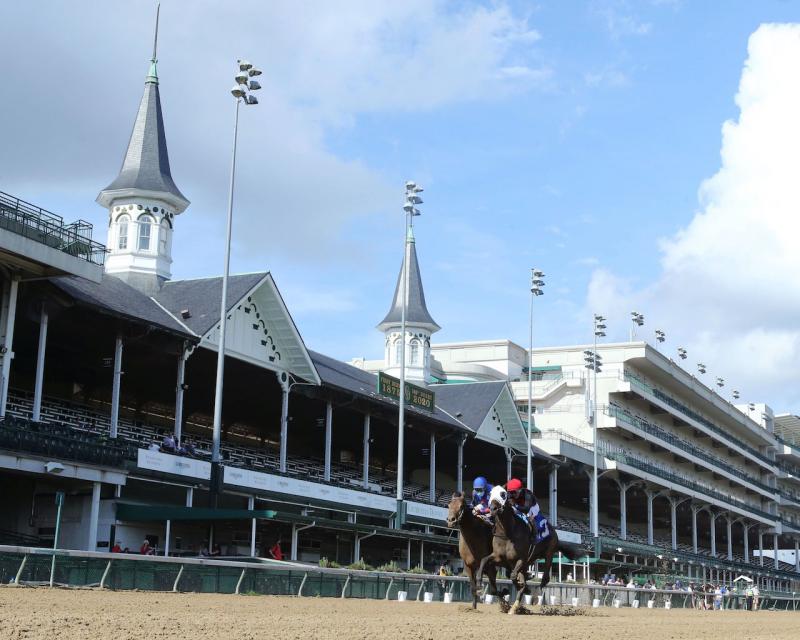 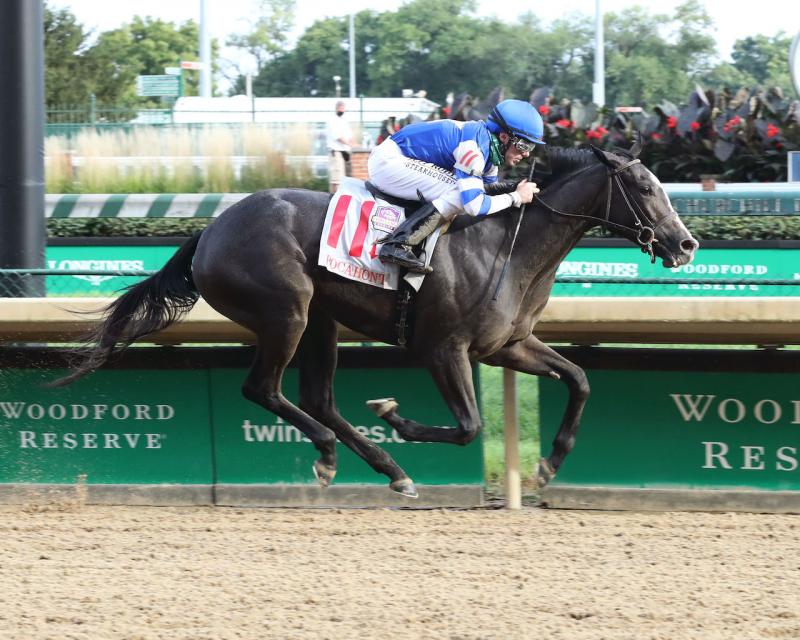 LOUISVILLE, KY (Thursday, Sept. 3, 2020) – Albaugh Family Stables’ Girl Daddy collared dueling leaders Inject and Mania at the head of stretch and then repulsed a bid from favored Crazy Beautiful to win the 52nd running of the $200,000 Pocahontas (GIII) for 2-year-old fillies by two lengths and take the first step toward the 2021 running of the Longines Kentucky Oaks (GI).

Trained by Dale Romans and ridden by Joe Talamo, Girl Daddy covered the mile on the fast main track in 1:34.94. The victory was a record-setting fourth in the Pocahontas for Romans who previously won with Sara Louise (2008), Sassy Image (2009) and Cristina’s Journey (2014).

Girl Daddy picked up 10 points toward next year’s Oaks with the second- through fourth-place finishers picking up four, two and one point respectively.

The victory also earned Girl Daddy a fees-paid berth into the $2 million Breeders’ Cup Juvenile Fillies (GI) to be run Nov. 6 at Keeneland.

Inject and Mania led the field of nine through fractions of :22.22 and :44.97 as Talamo had Girl Daddy racing in the second tier on the outside. Moving three-wide at the head of the lane, Girl Daddy shot to the lead and got the jump on Crazy Beautiful who was caught in traffic.

Girl Daddy is a Kentucky-bred daughter of Uncle Mo out of the Unbridled’s Song mare Cara Marie. Now perfect in two starts, Girl Daddy picked up the winner’s share of $119,040 and increased her bankroll to $141,240.

It was another 5 ¾ lengths back to Xtrema who was followed in order by Fabricate, Mania, American Grace. Inject and Blissful Change.

Earlier on the program, Lucky Seven Stable’s Crafty Daddy held off a late bid from favored Captivating Moon by a head to win the 14th running of the $110,675 Opening Verse Overnight Stakes for 4-year-olds and up.

Trained by Kenny McPeek and ridden by Brian Hernandez Jr., Crafty Daddy covered the mile on the fast main track in 1:34.10. The race originally was scheduled for the Matt Winn Turf Course.

In a race that was scratched down to four horses after the race was taken off the turf, Crafty Daddy collared early leader Renaisance Frolic at the head of the stretch and then held off Captivating Moon and survived a claim of foul from Julien Leparoux on the runner-up.

Friday’s 13-race program that begins at 11 a.m. (all times Eastern) is headlined by the 146th running of the $1.25 million Longines Kentucky Oaks (GI). In addition to the Oaks, five other graded stakes are on tap including the $500,000 La Troienne Presented by Oak Grove Racing & Gaming (GI) for fillies and mares that features 2018 Eclipse Award winner and Kentucky Oaks winner Monomoy Girl.

Joe Talamo (winning rider, Girl Daddy) -- “What a talented filly she is. In the paddock (trainer) Dale (Romans) just said to ride her like I did last time. Fortunately, it worked out that way. I just let her do her thing. It’s crazy that they went in :44 and change. The way she was going, it felt like :46 and change. That’s how you know you’re on a good one. Her mind is what makes her so talented. When she won at Ellis Park she acted like she had run 12 times. It was the same thing today. She was on the muscle, but in a good way.”

Dale Romans (winning trainer, Girl Daddy) – “This filly was super impressive with that fast pace up front. They were running really fast but Joe (Talamo) got her in a great spot. She’s shown some incredible talent for this stage of her career. It’s exciting having a filly developing this quickly. We’re thrilled to only have to take a short trip down the road to Keeneland for the Breeders’ Cup.”

Brian Hernandez Jr. (winning rider, Crafty Daddy) -- “He took a step out and didn’t make much contact. The stewards felt we were the best horse in the race. He ran well on the dirt. It was a short field, but I liked how at the quarter pole he picked it up. Most turf horses flounder on it. He actually ran on and had to fight for it.”

Kenny McPeek (winning trainer, Crafty Daddy) -- “Nice horses make all difference. I literally sat in my office and tossed a coin as to whether I was going to stay in here or at Kentucky Downs. We were mulling over who was in and who was out. It worked out good because we’ve been wanting to try him on the dirt.” 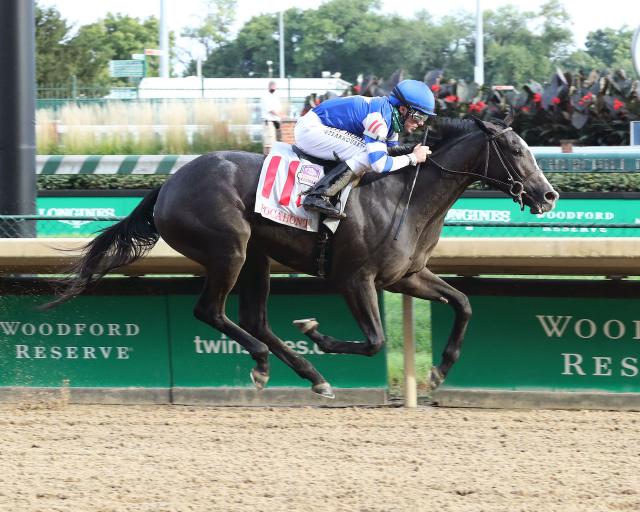