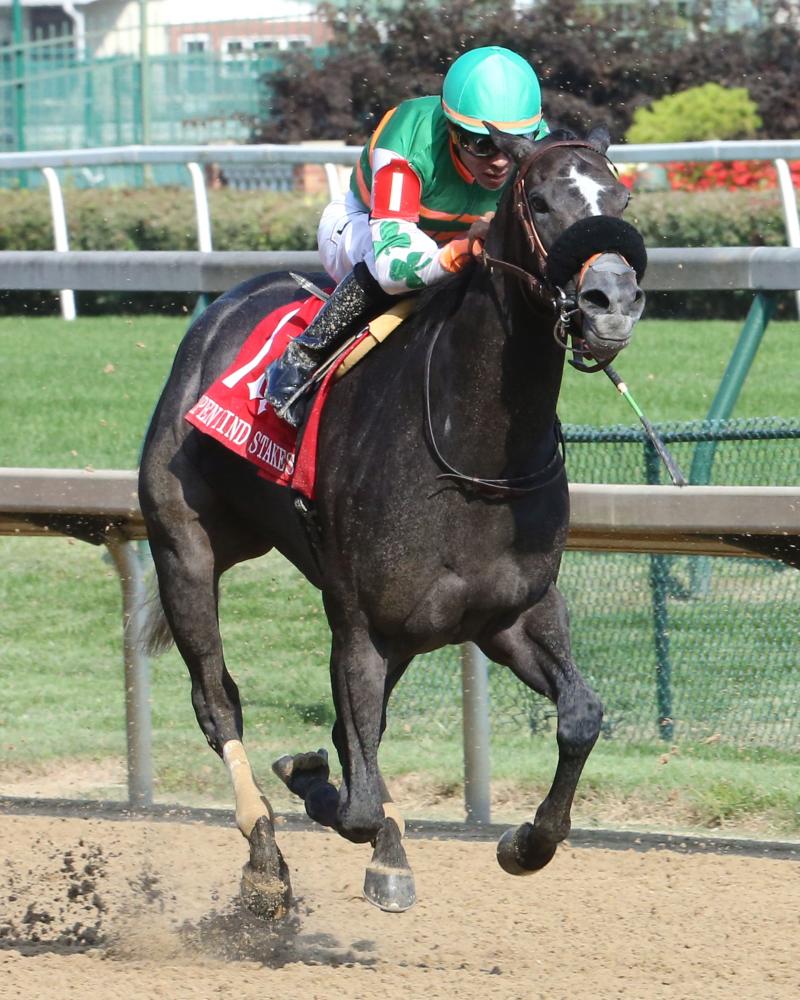 Bantry Farms LLC's Grace's Treasure was awarded the victory in the $100,000 Open Mind at Churchill Downs following the disqualification of Mayla, who was ruled to have interfered with rival who lost her rider in the final furlong. (Coady Phtoography, Churchill Downs) 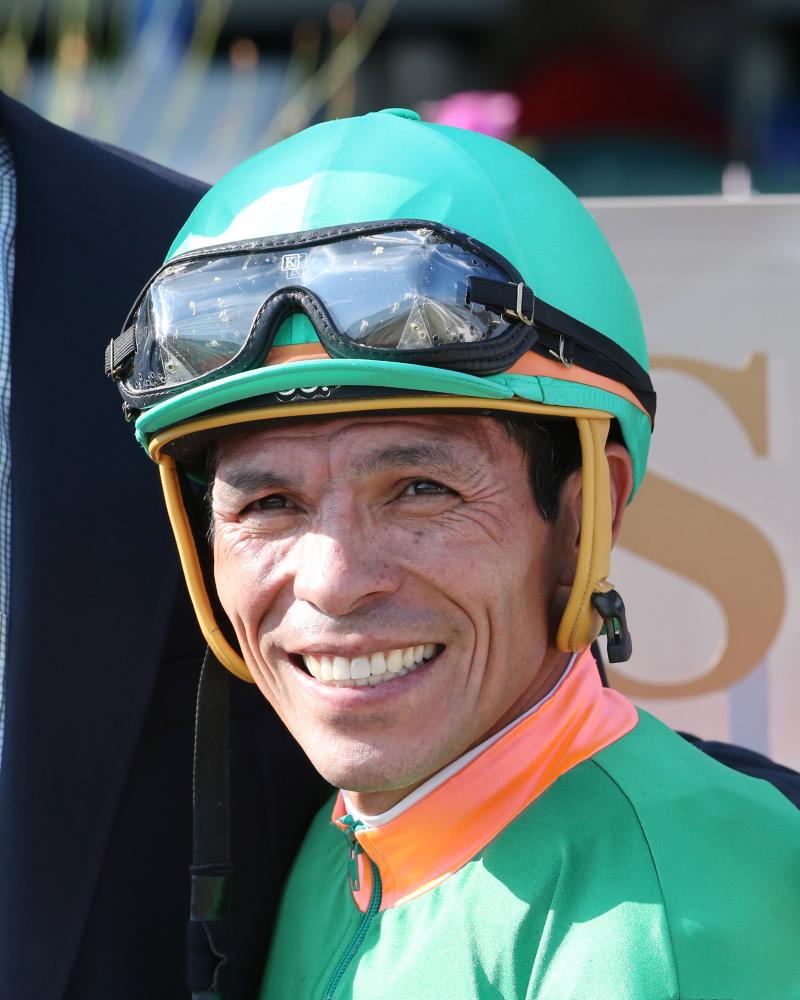 Grace’s Treasure was declared the winner of Saturday’s $100,000 Open Mind (Listed) at Churchill Downs after Mayla was disqualified to last for interfering with Ivy Bell, who clipped heels, stumbled badly and dropped jockey Brian Hernandez Jr. inside the final eighth mile of the six-furlong sprint for fillies and mares.

Carl R. Moore Management LLC and Brad Grady’s Mayla, ridden by Gabriel Saez, crossed the finish line one length in front of Grace’s Treasure while stopping the teletimer in 1:10.50 but was demoted to last after the stretch run incident was reviewed by Kentucky Horse Racing Commission stewards.

Mayla set the early pace with the first quarter mile run in :22.05 as Ivy Bell trailed. Ivy Bell commenced a run along the inside on the final turn and drew close to the Mayla at the top the stretch. As the two crossed the quarter pole after a half-mile in :45.81, Mayla came in near the eighth pole and put Ivy Bell in tight along the rail as she clipped heels and dropped Hernandez. Both horse and jockey appeared fine after the incident. Ivy Bell was caught by an outrider and Hernandez walked back to the jockey’s room after a quick visit by EMTs.

Bantry Farms LLC’s Grace’s Treasure, ridden by Jesus Castanon and owned and trained by Michael Ann Ewing, was declared the winner after a steward’s inquiry and paid $11.20, $6.40 and $4.40. Athena, under Joe Rocco Jr., paid $6 and $5. Tricky Zippy, ridden by Corey Lanerie, returned $7.20.

It was the first stakes win of Ewing’s training career, which began in 2010.

The official order of finish was completed by Profound Moment, Ivy Bell and Mayla.

The $62,000 first prize increased Gracie’s Treasure’s earnings to $127,704 with a record of 4-0-0 in nine starts. She is a 4-year-old gray daughter of Rockport Harbor out of the Forest Camp mare Sher Win Forest. Gracie’s Treasure was bred in Kentucky by Charles H. Deters.

Saturday’s ninth running of the stakes race saluted the late Eugene Klein’s Hall of Fame filly Open Mind, the D. Wayne Lukas-trained winner of the 1988 Breeders’ Cup Juvenile Fillies (GI) at Churchill Downs who returned to the Louisville track the following spring to win the Kentucky Oaks. The New Jersey-bred filly was an Eclipse Award champion at ages two and three. A winner of 12 races and $1,844,372 in 19 starts, the daughter of Deputy Minister was enshrined in Racing’s Hall of Fame in 2011.

JESUS CASTANON, jockey of GRACE’S TREASURE (winner): “It’s a shame of what the circumstances were but my horse battled very hard today. I guess a win is a win, right? I’m just glad Brian (Hernandez Jr.) is okay.”

MICHAEL ANN EWING, trainer of GRACE’S TREASURE (winner): “I’m just so thrilled. This is my first stakes win as a trainer and I also own her. I’m just so thrilled. We got disqualified from third in the Dogwood last year at Churchill which was my fault entirely but I’m just glad she paid us back today. We’ll point towards the (Oct. 7) Thoroughbred Club of America Stakes (Grade II) at Keeneland. I actually think she could go one mile eventually but we’ll take it one race at a time.”