The Kelly’s Landing is one of three stakes races on Churchill Downs’ 12-race closing day card. The seven-furlong event will go as Race 8 at 4:22 p.m. (all times Eastern).

Trained by D. Wayne Lukas, Warrior’s Club (32-5-8-5—$796,504) has taken his 200-member club on a memorable journey with 32 starts spanning racetracks in Kentucky, Arkansas and New York. The colt recently finished sixth in the $500,000 Churchill Downs Stakes (GI) on Kentucky Derby Day. Prior to his start in the Churchill Downs Stakes, Warrior’s Club nearly defended his title in the $250,000 Commonwealth Stakes but was defeated 1 ¼ lengths by Bobby’s Wicked One.

Warrior’s Club, who finished third in last year’s Kelly’s Landing, will break from post position No. 8 under jockey Jon Court.

The race is named in honor of Summerplace Farm’s Kelly’s Landing, who earned $1,853,831 from a record of 10-3-2 in 27 starts between 2004-09 for trainer Eddie Kenneally. The gelding won the six-furlong Aristides Handicap (GIII) at Churchill Downs in 2005 by stopping the teletimer in a track record 1:07.55 (since eclipsed). His biggest victory came in the 2007 Dubai Golden Shaheen at Nad Al Sheba in the United Arab Emirates. Kelly’s Landing also won the 2006 Phoenix (GIII) at Keeneland and 2007 Mr. Prospector Handicap (GIII) at Gulfstream Park. 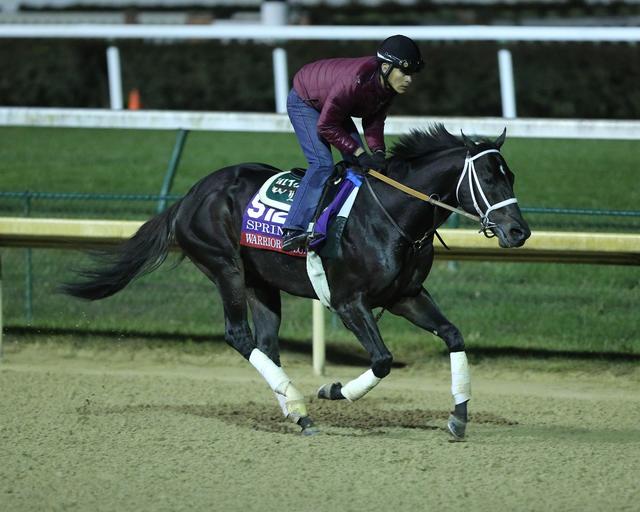