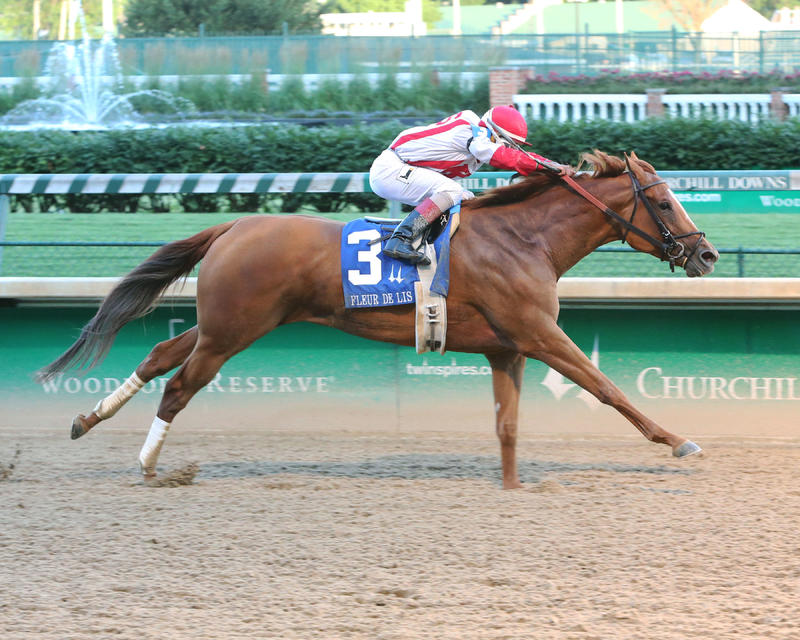 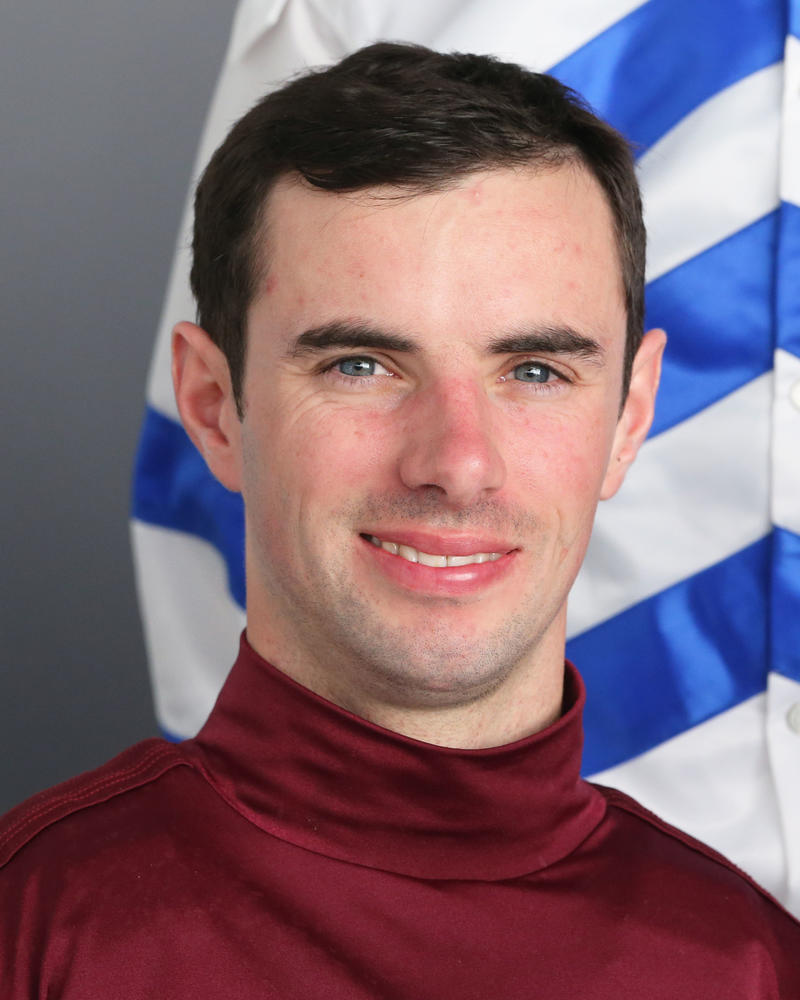 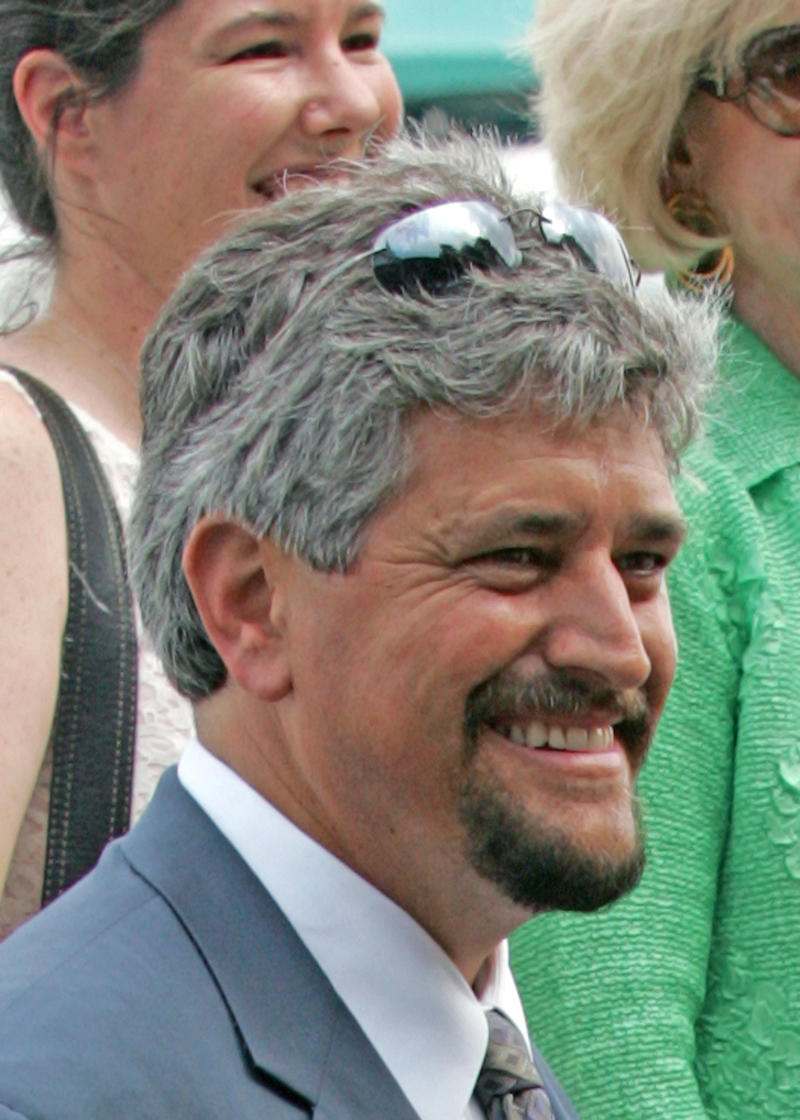 Winchell Thoroughbreds LLC, Three Chimneys Farm LLC and Besilu Stables’ Gun Runner led every step of the way, received one right-handed tap from jockey Florent Geroux midway down the stretch and drew away to easily prevail in Saturday’s 19th running of the $100,000 Matt Winn (GIII) at Churchill Downs by 5 ¼ lengths over Gray Sky.

Third in the Kentucky Derby Presented by Yum! Brands (GI) behind Nyquist and Exaggerator last time out, Gun Runner returned to the winner’s circle by running 1 1/16 miles in a stakes record-smashing 1:41.12 over a fast main track, which eclipsed the old mark of 1:42.46 dually held by Don’t Get Mad (2005) and Chelokee (2007). The final time also came eight one hundredths of a second from Successful Dan’s 2012 track record of 1:41.04.

Gun Runner, who broke from post 2, seized control from the outset and led the field of six 3-year-olds by 1 ½ lengths down the backstretch after fractions of :23.99 and :47.73. Gray Sky drew within a half-length of the leader on the far turn but Geroux shook the reins at Gun Runner at the head of the stretch and the tandem dominated field down the stretch.

The victory was worth $61,380 and boosted Gun Runner’s bankroll to $1,168,300 with a record of 7-5-0-1. The Matt Winn was Gun Runner’s third stakes win. The chestnut colt won the Risen Star (GII) and Louisiana Derby (GII) at Fair Grounds earlier in the year to qualify for the Kentucky Derby.

Saturday’s race was used as a springboard to the $1 million Haskell Invitational (GI) at Monmouth Park, which is scheduled in six weeks on Sunday, July 31.

It was another 2 ¼ lengths back to Virtual Machine in fourth with Yo Carm and Cutacorner completing the order of finish. Unbridled Outlaw was scratched.

Gun Runner is a Kentucky-bred son of Candy Ride (ARG) out of the Giant’s Causeway mare Quiet Giant. He was bred in Kentucky by his co-owner Besilu Stables, the racing and breeding operation for Benjamin Leon.

The Matt Winn annually honors the famed Churchill Downs president and general manager that served as the driving force in the development of Churchill Downs and Kentucky Derby.

STEVE ASMUSSEN, trainer of GUN RUNNER (winner): “Visually, looking at him I think that the horse has matured. He’s stronger than he was. He was beautiful in the gates and went away smoothly. I thought he handled nicely and he’s got beautiful speed. His confidence should be exactly where we’re hoping for going into an extremely competitive Haskell it looks like. I do think that he is of the highest quality and this is only his seventh lifetime race. He is faster now than he has ever been and that’s a great thing.”

FLORENT GEROUX, jockey of GUN RUNNER (winner): “When I broke I was hoping that somebody went but when nobody went I had to start going. I couldn’t like try to take him back or something crazy. I just had to put him whenever he is the most comfortable.”

RON WINCHELL, co-owner of GUN RUNNER (winner): “Just happy to get him back going after the Derby. So, looking forward to the Haskell.”

JAMES GRAHAM, jockey of GRAY SKY (second): “He fought hard to run second and that’s what he did. There was no catching the winner.” 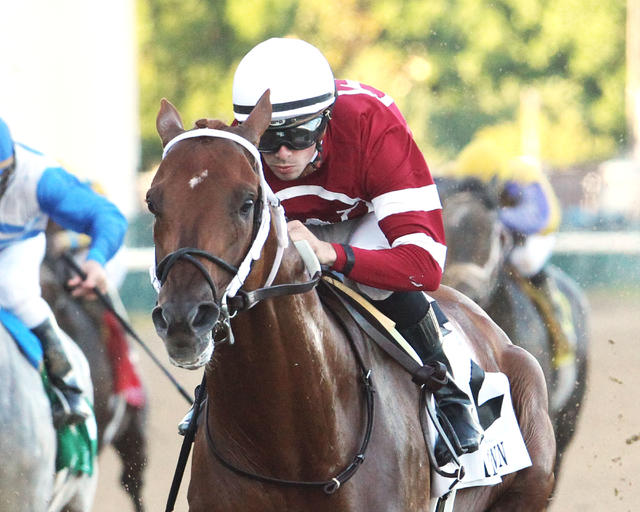