Veteran trainer Stanley Hough had more than 2,000 career victories when he took a hiatus from the industry in 2012. Now, the multiple graded stakes-winning conditioner is on pace to have his best year in the last two decades by riding a three-race win streak at the 2019 Churchill Downs Spring Meet as the private trainer for Maryland-based Sagamore Farm.

“Winning like that really gets your blood back pumping in the game,” Hough said. “It was a good reminder of why we do this every day as trainers.”

Hough, 71, began training horses in 1969 and won several leading trainer titles in South Florida. Throughout his career, Hough has trained 44 graded stakes winners including, most recently, Global Campaign who stormed to victory in this year’s Peter Pan (Grade III) at Belmont Park.

Sagamore Farm and Hough’s relationship started in 2015 when Hunter Rankin, Sagamore Farm’s president, called Hough to join the team as a racing manager. Hough switched to Sagamore’s trainer in 2018.

“I called Stan about five years ago and he was just doing bloodstock at the time and not quite ready to get back in the training game,” said Rankin, who is the son of Churchill Downs Incorporated’s Chairman of the Board Alex Rankin. “Things are really starting to click and it’s been great for everyone involved with our team.”

Hough’s three wins last week with Grit and Glory (Sunday, Race 2), The Rock Says (Sunday, Race 6) and I Can Do Anything (Monday, Race 9) earned the team with Churchill Downs “Barn of the Week” honors. The crew will receive a pizza party and winner’s circle recognition Friday.

“If I would’ve known winning three races won me ‘Barn of the Week,’ I would’ve done it a lot sooner,” Hough joked.

While Hough’s retirement is out of the way, for now, his partnership with Rankin and Kevin Plank’s Sagamore Farm remain a strong force in the industry.

“He’s just such a fun horse to be around,” Walsh said. “He always picks up a check and runs hard every time he runs. Those are the horses you love to have in the barn. I really haven’t done much as far as training him into this spot because, quite frankly, he really doesn’t like to train that much. The one thing that I’m keeping an eye on is Mother Nature and if the turf will have any give in it. I think he really likes a firmer ground. In his race four starts back, he finished just behind Wesley Ward’s Undrafted. The ground that day did have some give in it but I think he prefers it on the firm side.”

Extravagant Kid sports a stout record of 33-9-9-6 with $496,367 in career earnings. The son of Kiss the Kid has been based with Walsh’s string at Keeneland and arrived at Churchill Downs on Tuesday.

Jockey Tyler Gaffalione, who has ridden Extravagant Kid in three starts, including a win in the March 31 Sprint Stakes at Tampa Bay Downs, will have the call in the Mighty Beau and is 5-1 on the morning line.

The Mighty Beau, carded as Race 9 at approximately 10:11 p.m. (all times Eastern), is the first of two stakes events on Churchill Downs’ Downs After Dark Presented by Budweiser 11-race program. The card also features the $125,000 Aristides in Race 10 with a post time of 10:42 p.m. The first race is 6 p.m.

Morticia is expected to scratch in favor of an allowance race Sunday at Churchill Downs, according to trainer Rusty Arnold’s assistant Jack Bohannon.

COLEBROOK KEEPING FUTURE OPTIONS OPEN WITH MR. CROW – One of the likely top contenders in Saturday night’s $125,000 Aristides (Listed) at Churchill Downs is KRA Stud Farm’s multiple graded stakes-placed Mr. Crow, who could end up on the turf at some point in his career, according to trainer Ben Colebrook.

“We had a slight issue come up after running at Belmont (in the Sept. 29 Vosburgh) but he came back earlier this month in good shape,” Colebrook said. “We’ll see how things go Saturday but may eventually send him to the turf at some point in his career.”

Mr. Crow, a 5-year-old son of Tapizar, breezed over Keeneland’s turf surface April 16 with a half-mile move in :51.20. The three-time winner is listed as 3-1 on the morning line for the six-furlong Aristides.

DOWN THE STRETCH – Nominations close Saturday for the six stakes races that will be staged on Saturday, June 15: the $600,000 Stephen Foster (GII) for 3-year-olds and up at 1 1/8 miles; $250,000 Fleur de Lis (GII) for fillies and mares at 1 1/8 miles; $250,000 Wise Dan (GII) for 3-year-olds and up at 1 1/16 miles on turf; $150,000 Matt Winn (GIII) for 3-year-olds at 1 1/16 miles; $150,000 Regret (GIII) for 3-year-old fillies at 1 1/16 miles on turf; and $100,000 President of the United Arab Emirates Cup (GI) for Arabian 4-year-olds and up at 1 1/16 miles. … Pat Day Mile (GIII) winner Mr. Money continued his preparation for the Matt Winn with a bullet five-furlong move in :59.80 Friday morning at Churchill Downs. … There was a $20,390 carryover in the 20-cent Single 6 Jackpot on Friday. The sequence spanned Races 4-9. … “Inside Churchill Downs” returns Friday at 6 p.m. on ESPN 680/105.7 with a one-hour show featuring owner Richard Klein and Bet America handicapper Scott Shapiro. Those outside of the Louisville are can listen live at www.espnlouisville.com. … Saturday is Downs After Dark presented by Budweiser. The theme is a celebration of Woodstock’s 50th anniversary with “Peace, Love & Horse Racing” and guests are encouraged to wear tie-dye. Entertainment will feature Chicago-based jam band Mr. Blotto with original and classic 60s tunes, local DJ Matt Anthony, a retro fashion contest and more. Churchill Downs admission gates will open Saturday at 5 p.m. (the Paddock Gate will open at noon for simulcast wagering). General Admission is $12, reserved seating is $27 and reserved dining packages are $69. Tickets can be purchased in advance online at ChurchillDowns.com/Tickets. … Simulcast wagering at Churchill Downs will be offered Wednesdays throughout the month of June, starting on June 5. Admission will be free on Wednesdays. 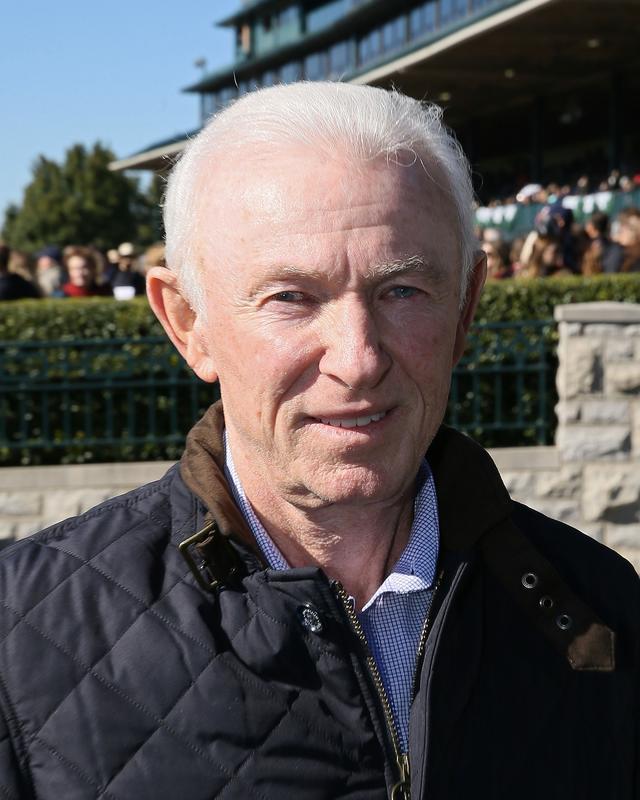