LNJ Foxwoods’ 12 ½-length Ellis Park maiden winner Portrait tops a field of nine 2-year-old fillies entered in Saturday’s 51st running of the $200,000 Pocahontas (Grade II) at Churchill Downs, one of four stakes races scheduled at the Louisville track on the first Saturday of its 11-day September Meet and an event with implications for both next spring’s 146th running of the Longines Kentucky Oaks (GI) and the upcoming $2 million Breeders’ Cup Juvenile Fillies (GI).

The Pocahontas will be Race 9 on Saturday’s racing program and has a scheduled post time of 4:53 p.m. (all times Eastern).

The Pocahontas also is a Breeders’ Cup “Win and You’re In” Challenge race for the Breeders’ Cup Juvenile Fillies, which will be run Friday, Nov. 1 at Santa Anita. The Pocahontas winner will earn an automatic berth in the starting gate for the 1 1/16-mile race for 2-year-old fillies, along with $60,000 in starting fees and a travel stipend.

Trained by Brad Cox, Portrait (2-1-0-1—$35,000) debuted on the turf at Ellis Park where she finished third as the 8-5 post-time favorite. In her second-career start, Portrait dominated a field of seven 2-year-old fillies at seven furlongs on dirt to win convincingly under jockey Shaun Bridgmohan.

A daughter of Tapizar, Portrait is slated to face her stablemate and current workmate British Idiom in the Pocahontas. Owned by Michael Dubb, The Elkstone Group, Madaket Stables and Bethlehem Stables, British Idiom (1-1-0-0—$41,250) won her debut in mid-August at Saratoga by 3 ½ lengths. The chestnut daughter of Flashback will be ridden by Irad Ortiz Jr. from post No. 7 while Bridgmohan will have the call on Portrait from post 3.

Among the challengers in the Pocahontas is C & H Diamond Racing’s 5 ¼-length maiden victor Morning Gold, who will attempt to give trainer Kenny McPeek a record-tying third victory in the Pocahontas. Morning Gold (2-1-1-0—$67,500) made her only two starts on turf at Saratoga. The daughter of Morning Line drew post 6 with Jose Ortiz in the saddle.

McPeek previously won the Pocahontas in 2015-16 with Dothraki Queen and Daddys Lil Darling and is one win from tying D. Wayne Lukas, Dale Romans and Pete Vestal for the most victories in the race by a trainer. 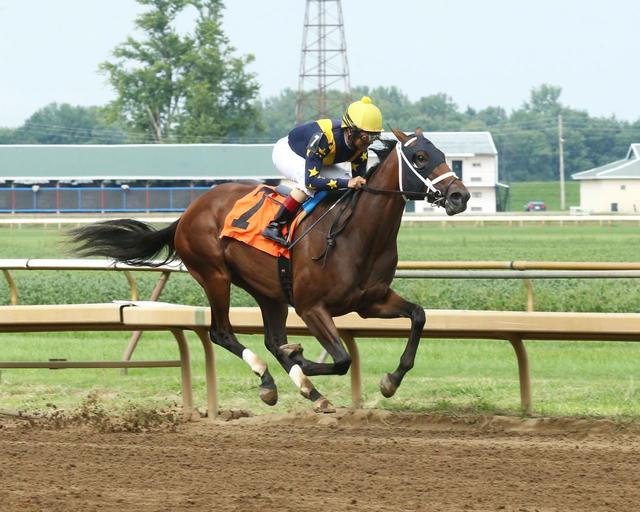