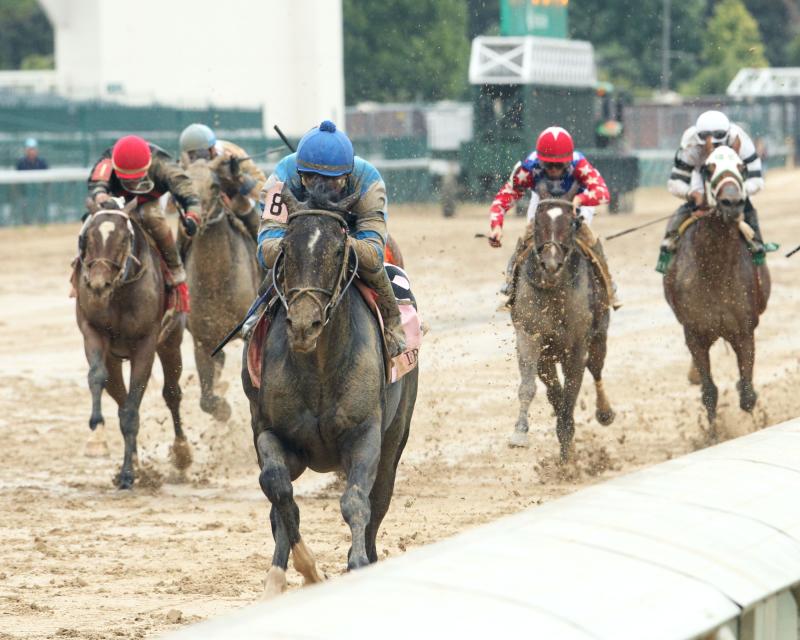 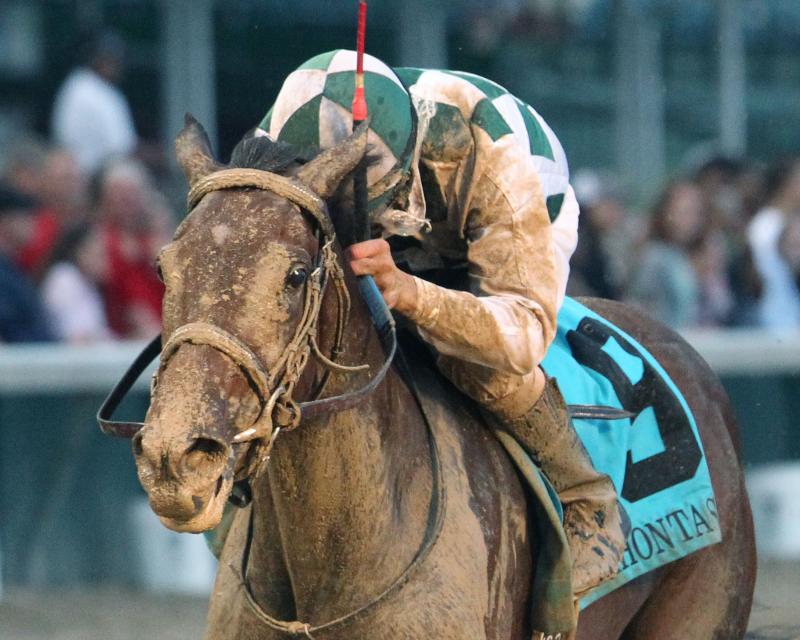 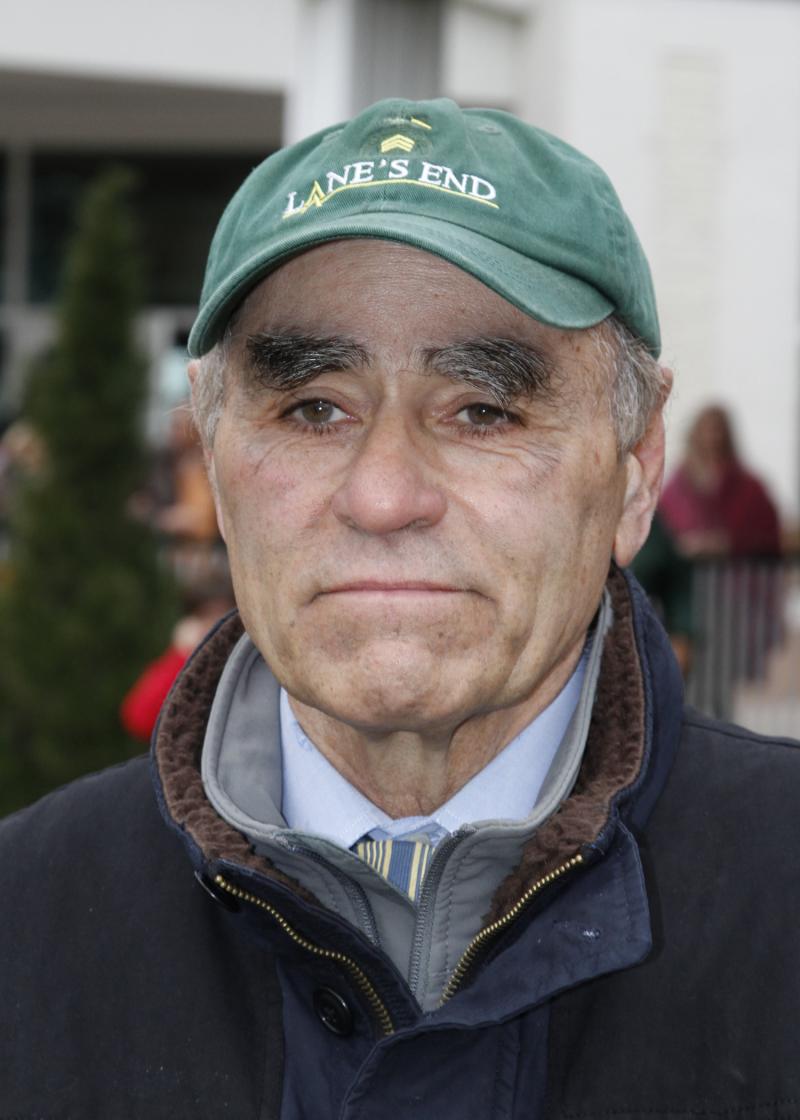 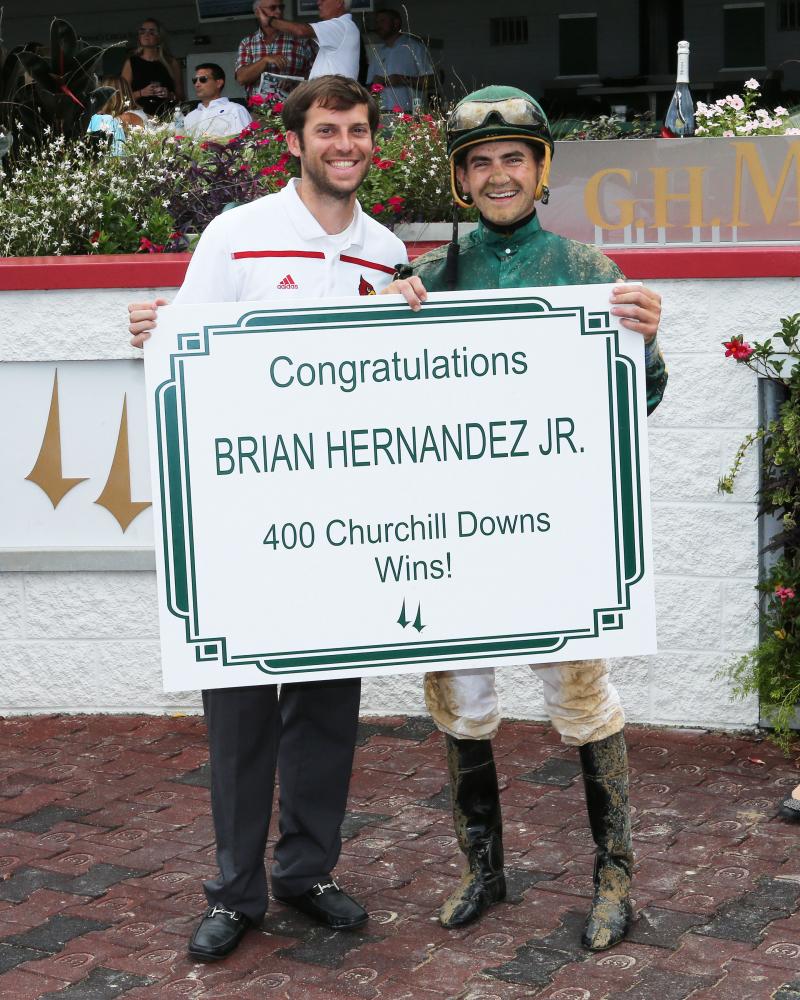 Following an emphatic 8 ¾-length victory in Saturday’s $150,000 Iroquois Presented by TwinSpires.com (Grade III) at Churchill Downs, Not This Time is scheduled to go straight to the $2 million Breeders’ Cup Juvenile (GI) at Santa Anita on Nov. 5, according to trainer Dale Romans.

Romans could not help but sing praises of the half-brother to dual Grade I winner Liam’s Map before he made his first start, where he ran fifth beaten 10 lengths behind eventual Saratoga graded stakes winner Bitumen. Not This Time turned things around in his following start rolling to a maiden victory in dominant fashion by 10 lengths over Society Beau, who would go on to find his first career win in Saturday’s sixth race.

“We beat him by 10 lengths and then he comes back and wins against straight maidens,” Romans said. “(Trainer) Neil (Howard) has a good horse, but mine is really something special.”

Not This Time’s 8 ¾-length Iroquois victory did not come easy as he broke a step slow coming out of the starting gate and sat well off of a slow pace set by pacesetter Blame Will, who led in opening fractions of :24.30, :49.57 and 1:14.52.

“I think that the slow start was just the victim of being the last horse loaded in the starting gate,” Romans said. “I also think the track might have been a little slow yesterday. He ran about two seconds faster than the fillies. It’s hard to compare apples to apples.” Romans also won the Locust Grove (GIII) with Engaginglee on Saturday afternoon, who he has not made any definite plans for.

“We won’t completely rule it out,” said McPeek, who also won last year’s Pocahontas with Dothraki Queen. “We haven’t decided on the Alcibiades or simply train her up to the Breeders’ Cup. My first instinct would be to train her up but we’ll see how she does during these next few days. We have a few weeks to make a decision.”

In the fourth race, Stoneway Farm’s Stonetacular, a homebred daughter of Speightstown, powered her way to a four-length victory winning first time out. Two races later, B.C.W.T. Ltd.’s ever-improving Society Beau, a homebred son of Curlin, came from off the pace to earn his first win in four career starts.

“I’d say the majority of the time when they train well, they run well,” Howard said. “With 2-year-olds it’s more of a common occurrence because they don’t know a whole lot yet. But she ran well her first time, so you just have to wait until they do it.”

Before breaking his maiden, Society Beau was a distant second to Not This Time, who went on to win Saturday’s Iroquois Presented by TwinSpires.com (Grade III) later on the card.

“He’s another colt that had been making good progress,” Howard said. “He was second, albeit he was beaten by 10 lengths, but he was second to that colt that won the Iroquois so you had to feel pretty good about that. I think that everything we saw (Saturday) gave us some encouragement.”

Stonetacular’s win first time out was not much of a shock to Howard, but he emphasized that he always takes a wait-and-see approach with his young horses.

“She’s been straightforward upstairs the whole time and that speaks volumes so it was not so much of a surprise,” Howard said. “She trained well and she’s a lovely filly that has all of the other things that you look for. She’s a beautiful filly and she’s the whole thing but you just don’t know until they do it. There were a bunch of fillies in there that were like that. We were thrilled and it was one of those things that when they train well like she did, you always hope that they run back well in the same manner that they train.”

HERNANDEZ SCORES 400TH CHURCHILL DOWNS VICTORY SATURDAY AFTERNOON – Jockey Brian Hernandez Jr. became only the 20th jockey in Churchill Downs history to win 400 races beneath the Twin Spires on Saturday afternoon when he guided B.C.W.T., Ltd.’s Society Beau to a come-from-behind effort in the sixth race on the card.

“This is home for us,” Hernandez said. “I’ve won almost 1,600 races in my riding career, but to win 400 at Churchill Downs … that’s huge. It’s especially great to do it for Neil (Howard). He and (Howard’s wife) Sue are like family to us and he’s been great to us over the years, so to win this one for that guy is awesome.”

Previously on the program, Hernandez, 31, rode Ahh Chocolate for Howard in the Locust Grove Presented by TwinSpires.com (Grade III) who was a well-beaten sixth as the 3-5 favorite, but rebounded quickly from the lack-luster effort in the following race aboard the Howard-trained 2-year-old Stonetacular who drew off to a four-length victory.

“They both look like two very promising 2-year-olds,” Hernandez said. “We’ll see how things shake off from here, but it’s great to get that milestone, especially on two great 2-year-olds.”

Howard was honored to assist Hernandez in earning his milestone victory.

“He’s a fine fella, and a nice gentleman,” Howard said. “It was nice for him to get that milestone which is hard to do. Can you imagine when you think about guys like Pat Day and Calvin (Borel) who have won 1,000 plus races here? Just what he did (Saturday) says a lot.”

DOWNS AFTER DARK SET FOR SATURDAY, SEPT. 24; BEN SOLLEE, LINKIN’ BRIDGE TO PERFORM – Bourbon, Bets and Bow Ties is the theme for Downs After Dark Presented by Stella Artois and Woodford Reserve on Saturday, Sept. 24 – the only nighttime racing event scheduled during the 11-day September Meet.

An outstanding doubleheader of musical entertainment on the Plaza stage will be provided by Kentucky-born cellist and composer Ben Sollee (7:15-9 p.m.) and the incredibly-popular Louisville group Linkin’ Bridge (9:30-10:45 p.m.).

On the racetrack, 3-year-old fillies will sprint seven furlongs in the 41st running of the $100,000 Dogwood Presented by GE Appliances (Grade III) and Arabian 3-year-olds and up will race 1 ¼ miles in the $100,000 President of the UAE Cup Sponsored by the Abu Dhabi Sports Council (GI)

TWILIGHT THURSDAYS FEATURING $1 BEER ON SEPT. 22 AND SEPT. 29 – Fans can enjoy Thoroughbred racing and $1 beers after work in the Paddock Plaza on Thursdays, Sept. 22 and Sept. 29, during the September Meet. Gates open at 4 p.m. (all times Eastern) and the first race is 5 p.m. on “Twilight Thursdays,” which feature $1 beer, live music (Josh Kauffman on Sept. 22 and BoogieJuice on Sept. 29), food trucks (Red Top Gourmet Hot Dogs, Holy Mole, Mark’s Feed Store, 502 Café and Pollo), and Betting 101 tips from resident handicappers in Churchill Downs’ Plaza from 5-8 p.m. 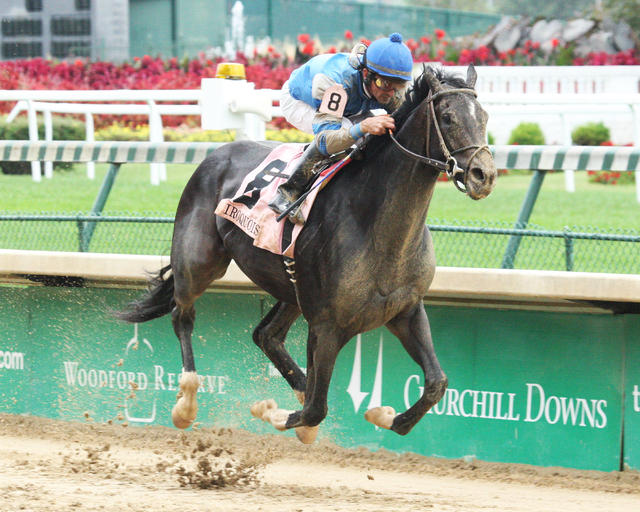