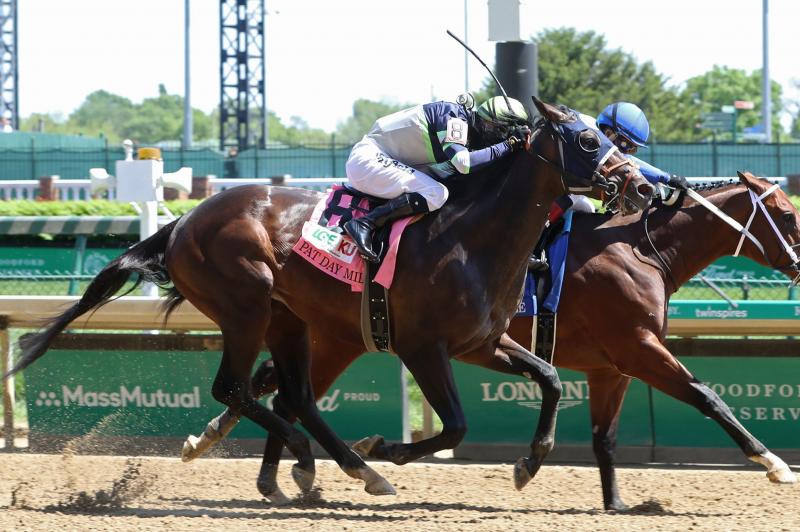 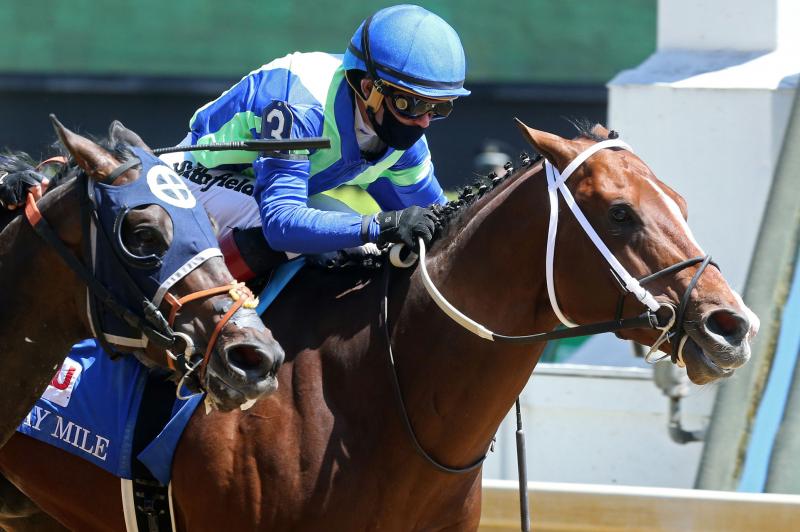 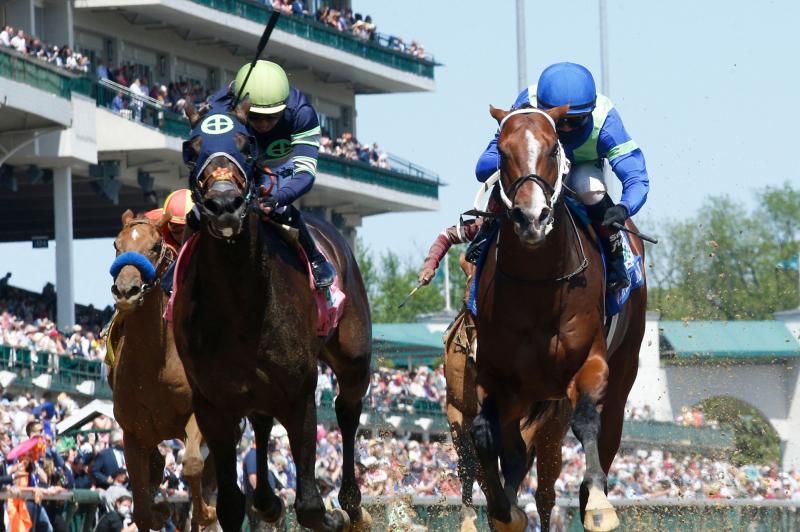 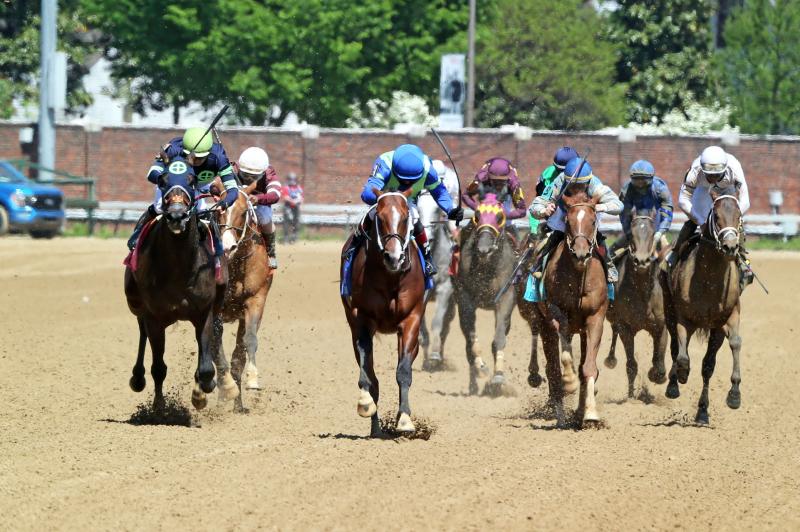 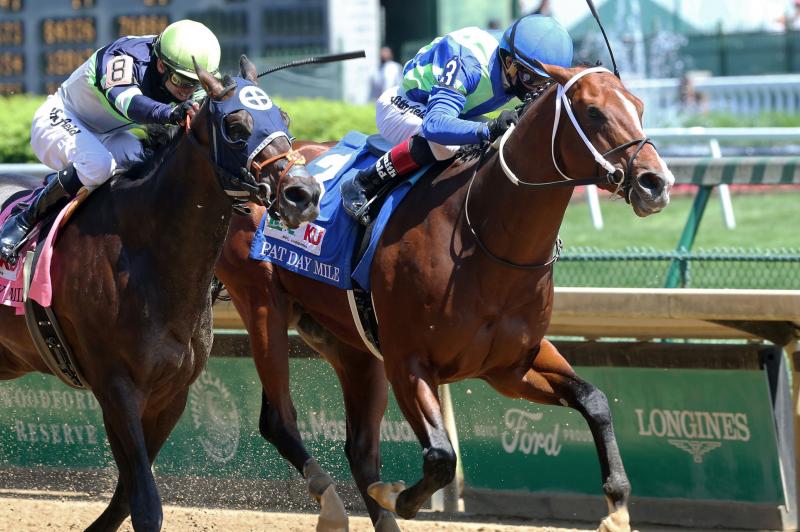 LOUISVILLE, KY (Saturday, May 1, 2021) – J. Kirk and Judy Robison’s Jackie’s Warrior set a blistering pace and had enough left to hold off Dream Shake by a head after a furious stretch duel to win the 97th running of the $500,000 Pat Day Mile presented by LG&E and KU (GII) for 3-year-olds.

Trained by Steve Asmussen and ridden by Joel Rosario, Jackie’s Warrior covered the mile over a fast track in 1:34.39. The victory is the third in the race for Asmussen who previously won with Valid Expectations in 1996 and Hierro in 2012. It is the second for Rosario who won in 2013 with Forty Tales.

Jackie’s Warrior emerged with the lead coming out of the mile chute and led the field of 11 through fractions of :21.75, :43.68 and 1:07.97. At the head of the lane, Dream Shake moved from his stalking position to challenge Jackie’s Warrior but never could push on by.

Jackie’s Warrior is a Kentucky-bred son of Maclean’s Music out of the A. P. Five Hundred mare Unicorn Girl. The victory, the fourth graded stakes tally for Jackie’s Warrior, was worth $291,400 and increased his earnings to $868,964 with a record of 7-5-0-1.

It was another head back to Defunded who was followed in order by Sittin On Go, Dreamer’s Disease, Starrininmydreams, Prevalence, Joe Frazier, Three Two Zone and Noble Reflection.

Joel Rosario (Jockey, Jackie’s Warrior, winner) – “I was pretty confident that he was going to hang in down the stretch. He likes when a horse comes up to him and he really digs in. I was not worried about the fast early pace because he fights very hard down the stretch.”

Steve Asmussen (Trainer, Jackie’s Warrior, winner) – “I’m proud of who Jackie’s Warrior is, under these circumstances, only validates of the beliefs we had in him. It’s quite obvious that he’s a special horse and there are plenty of opportunities for him out there that will serve his assets best.”

Flavien Prat (Jockey, Dream Shake, runner-up) – “He showed speed out of the gate and I got terrific position. He was running well all the way around and I moved right up outside the winner. I thought I was going to catch him through the length of the stretch. I really thought I was going to get there. My horse ran too good to get beat.” 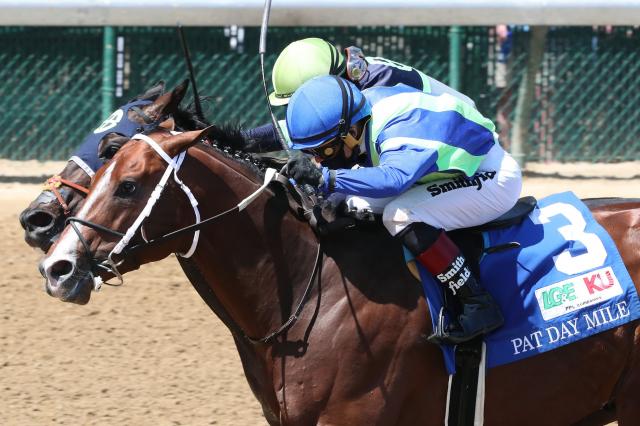