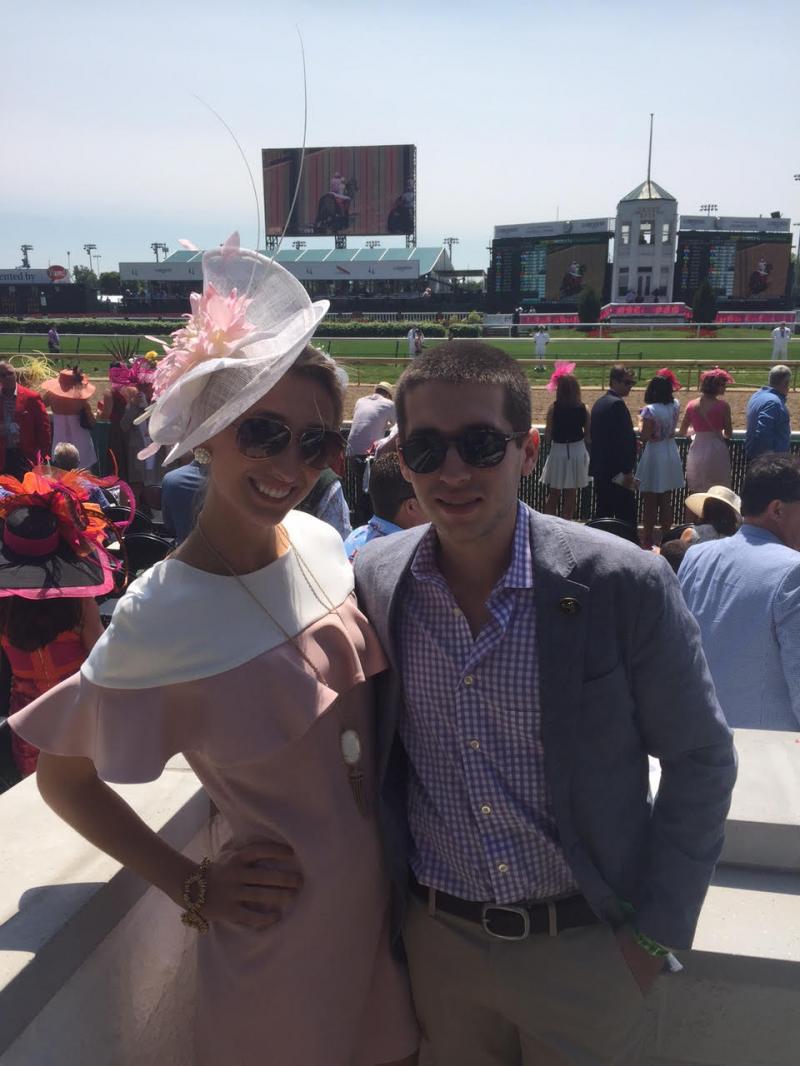 The Romans family is synonymous with success at Churchill Downs. The late Jerry Romans was a popular trainer from Louisville and his son, Dale, is Churchill Downs’ all-time leading trainer. Now, Dale’s son, 22-year-old Jake Romans, is adding to the family legacy as a jockey’s agent representing top riders Robby Albarado and Channing Hill.

“I don’t ever remember not knowing the racetrack,” Jake said. “Dad trained my whole life and my mom (Tammy Fox, Dale’s life partner) either rode races or galloped horses. I grew up around a lot of different people who were involved in the business but I was never really sure what I wanted to do.”

Jake graduated from St. Xavier High School in Louisville but was still unsure what he wanted to do for his career.

“I thought I should probably go to college, you know, to make my parents happy,” Jake joked. “I enrolled in cooking school at Sullivan University and graduated in January. The entire time I was there I knew I probably didn’t want to be a chef but it would be good to have this skill set to fall back on in case things didn’t work out.”

After Jake graduated from Sullivan, he enlisted the help of veteran agent and longtime family friend Richard DePass, who represents jockey Luis Saez.

“Richard has been a big part of the early success I’ve had,” Jake said. “I called him one day and simply said, ‘Richard, I think I want to be an agent.’ Right away he took me under his wing and showed me the ropes. I followed him around the backstretch in the morning and he taught me all the ins and outs of the business. Luis Saez was the leading rider in Florida at the time so his business was really steady. I would walk around with him to different barns as he would get calls and hustle business.”

Jake began his career as an agent in April, representing Hill at Keeneland.

“I picked up Channing’s book at the start of the Keeneland Spring Meet and we’ve been going strong ever since,” Jake said. “Channing rides a lot of horses for his father-in-law (Wayne Catalano) so we already had some steady business.”

Hill reeled off 11 victories at the Churchill Downs Spring Meet with $415,622 in earnings. But, in July, Jake got the first big break of his career when veteran jockey Albarado needed an agent.

“About half-way through the Ellis Park meet I picked up Robby’s book,” Jake said. He’s been friends with my dad for a long time. Robby has taught me a lot about the industry in just a couple of months. We go over calls daily and he gives me some suggestions on different strategies to hustle business. We’re in a really good rhythm and business is good.”

Albarado has won 5,151 races throughout his 28-year career, including seven Grade I victories from Romans’ barn.

“Robby is my top rider,” Dale said. “If there is a big race that we’re in, I want Robby riding my horse. We’ve been through a lot together and he’s as good as there is. I think it’s a great pairing with Jake because Robby will teach him a lot about the business. Robby is a veteran of this sport and is extremely successful. With Jake just getting started, he’ll be able to learn from Robby how to make decisions based on certain situations. A lot of people outside of the industry don’t realize what goes on how a jockey is named to ride a horse. Jake is getting the right start on how to become a successful agent.”

“He’s one of those horses that gives you a solid performance every single time he runs,” trainer Neil Howard said. “I think (the Ack Ack) is probably the most logical spot to run him next. He ran well in his last start and has been very consistent throughout his career.”

Entries from the one-mile Ack Ack will be drawn Wednesday. The 11-race Downs After Dark card also features the $200,000 Lukas Classic (GIII), $100,000 Jefferson Cup and $100,000 President of the UAE Cup (GI). Below are the probable entrants according to Bork:

DOWN THE STRETCH – Two carryovers highlight Saturday’s 11-race program – the 20-cent Single 6 Jackpot ($16,904, Races 6-11) and the $1 Super Hi 5 ($4,726, Race 11). First post is 12:45 p.m. … Jockey Edgar Morales, who was involved in a spill on Friday afternoon’s program at Churchill Downs, is scheduled to return to the saddle Saturday, according to agent Julio Espinoza. … Bring the family to Sunday’s “Be Creative” Family Adventure Day presented by Kroger for an affordable day of fun and horseracing for the whole family. Churchill Downs’ partners will be on site to keep the kids entertained all day with a range of fascinating arts, crafts and science activities. Tickets start at $8 and can be purchased on www.churchilldowns.com. … The podcast of Friday’s episode of “Inside Churchill Downs”, which aired on ESPN 680/105.7 is available here: https://bit.ly/2NZv2cy. The one-hour broadcast featured trainers Brad Cox and Buff Bradley along with TwinSpires.com handicapper Ed DeRosa. … Happy Birthday wishes are extended to trainer Norm Casse (35) and bugler Steve Buttleman (54). 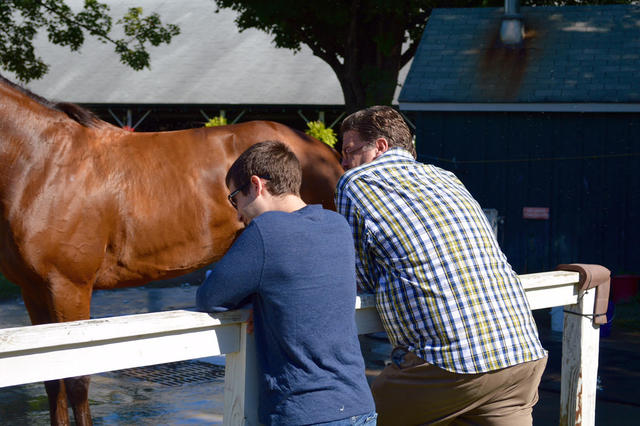