Candie Baker’s $125,000 Jefferson Cup winner Spectacular Gem drew post position No. 6 in an over-subscribed field of 14 horses who will take to the Matt Winn Turf Course in Saturday’s 16th running of the $175,000 Commonwealth Turf (Grade III) at Churchill Downs.

Spectacular Gem, trained by Jimmy Baker, led wire-to-wire in the Jefferson Cup under jockey James Graham. The son of Can the Man finished first in his last two starts but was disqualified at odds of 36-1 two races ago in the $200,000 Caesars Stakes at Indiana Grand because of interference in late stretch. Graham has the return call in the Commonwealth.

The three horses who finished behind Spectacular Gem in the Jefferson Cup – Calumet Farm’s Tracksmith, Ken and Sarah Ramsey’s Faraway Kitten and Evelyn and Darnell Yates and Kevin Kuta’s Clint Maroon (GB) – are all entered in Commonwealth Turf. 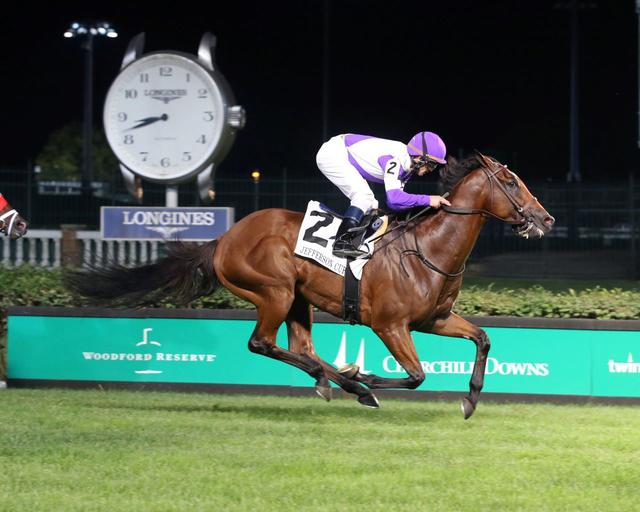