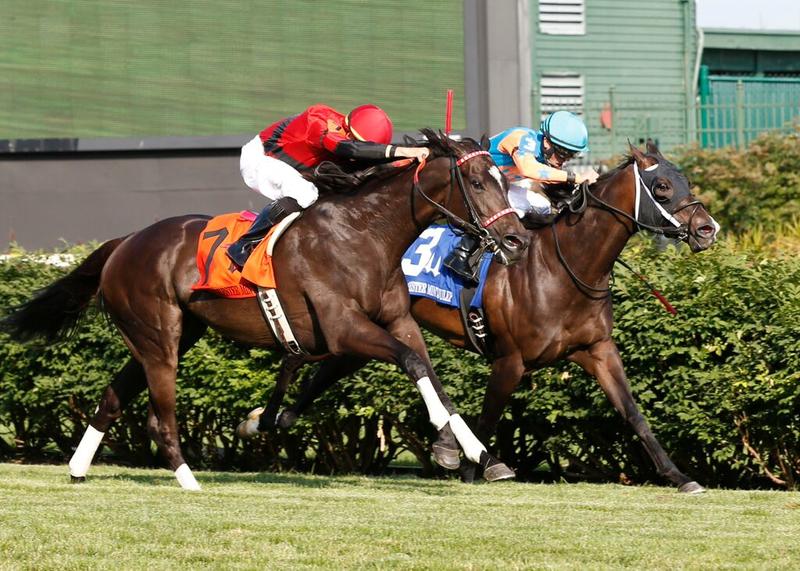 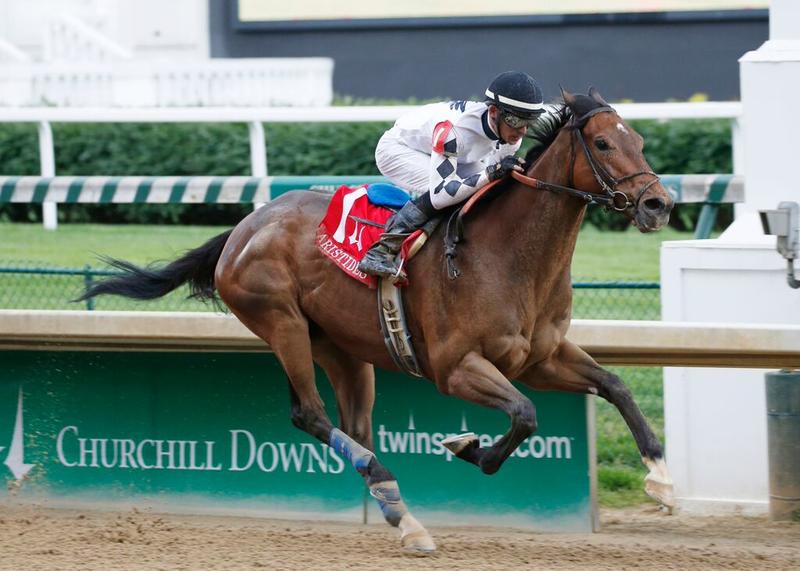 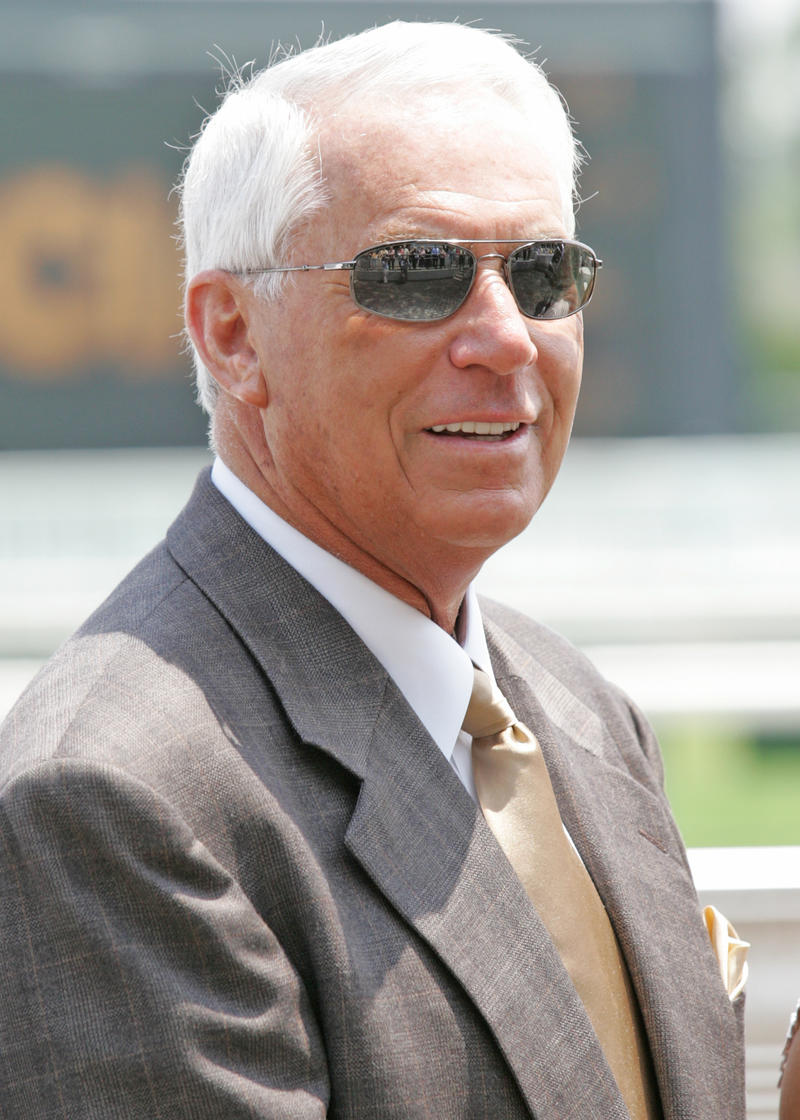 Carl F. Pollard’s Kiss Moon will attempt to land her second graded stakes win of the year when she starts as the 120-pound high weight and faces a dozen fillies and mares in Saturday’s 42nd running of the $100,000 Cardinal Handicap (Grade III) over 1 1/8 miles on Churchill Downs’ Matt Winn Turf Course.

“It feels good to have a nice horse like her in the barn when you only have about 10 or 12 to deal with,” Vance said. “Any good horse like Kiss Moon makes you feel a lot better as a trainer and makes you get up more willingly to come to work and watch them train.”

Aside from her career-highlighted victory in the Mint Julep, Kiss Moon has several other stakes triumphs on her résumé, which includes a victory in the Fasig-Tipton Ladies Turf Stakes at Kentucky Downs two starts back. As a 3-year-old, she won the Hatoof at Arlington Park and TaWee at Indiana Grand.

Vance believed that Kiss Moon would prove to be a good horse from the beginning because of her bloodlines. The filly’s dam, Kiss the Devil, won the Early Times Mint Julep (GIII) as a 5-year-old and was placed in multiple graded stakes races.

“It looked like when she came in that she had the bloodlines to be a runner and she’s definitely proved up to her ability,” he said. “Her half-sister [Kiss Mine] won five or six stakes. I still think she might be better next year.”

Vance expressed a touch of frustration with getting her to the races at the beginning of her 4-year-old campaign due to the weather conditions at Oaklawn Park, where he is based during the winter months.

“This year we could never get her into a good rhythm,” he said. “We had to run her in a Grade I [Churchill Distaff Turf Mile] first time out against the eventual winner of the Breeders’ Cup Mile [Tepin]. This summer we tried her at Mountaineer and that grass didn’t suit her. You’re always thankful to have one like her every once in a while.”

Vance stated that he is expecting to have Kiss Moon’s half-brother in his barn next year, who is by 2004 Horse of the Year Ghostzapper.

“That’ll be the first colt out of that mare,” he said. “The two mares we kept, Kiss Mine and Kiss Moon were great. It was really fortunate for me that they didn’t sell at the sale. It gave me a chance to have a better horse in my barn.”

A winner of Churchill Downs’ Aristides (GIII) in May, Alsvid is seeking a return to his top form after a trio of subpar performances against graded stakes company – a fifth in the Smile Sprint Handicap (GII) at Gulfstream Park on July 4, a seventh in the Phoenix (GIII) at Keeneland on Oct. 2, and the Breeders’ Cup Sprint.

“He just didn’t fire that day and he got completely outclassed,” trainer Chris Hartman said of the Breeders’ Cup. “The tote board said that we were 90-1, but he came out of the race fine. I don’t think he’ll mind the class drop either.”

The Bet On Sunshine is named in honor of David Holloway’s homebred Bet On Sunshine who was trained by Paul McGee and won eight of his 20 starts at Churchill Downs, two of which were back-to-back victories in the Aristides (GIII) in 2001-02. In a racing career that lasted eight years, he racked up earnings of $1,449,882, winning 22 of his 47 starts.

Assistant trainer Scott Blasi oversaw their training while Asmussen is in New Orleans preparing for the Fair Grounds meet which opens Thursday.

“He’s a playful guy, and I think both of his races really woke him up,” Blasi said of Gun Runner, an allowance winner at Keeneland last time out. “He’s run two really good races so far but he’ll have to improve and step forward off of those. He’s progressed nicely but we’re just looking for the next step with him. The timing of the race seems right coming off of the allowance win at Keeneland.”

Stageplay will enter the Golden Rod for fillies off a 1 ½-length victory in the Rags to Riches Stakes on opening day of the Fall Meet, and will be going around two turns for the first time.

“She’s definitely one of the special ones in the group,” Blasi said. “Her stakes win off her maiden win was impressive and with her being a Curlin, we’re excited about getting her around two turns.”

“He’s still pretty green, but he’s got a lot of talent,” Lukas said. “We’ll fine tune him a little bit but it was real encouraging to see him finish the way that he did. I think that he won on class alone just having that talent. He’s screaming for two turns and even beyond that.” 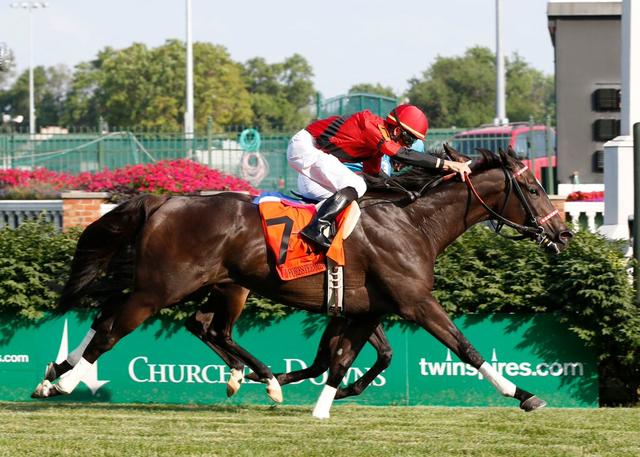