For the fifth year in a row, the 1 1/8-mile Fleur de Lis is a Breeders’ Cup Challenge Series “Win and You’re In” stakes event, which means the winner will be guaranteed a berth in the $2 million Longines Breeders’ Cup Distaff (GI) on Nov. 2.

The Fleur de Lis – which means “Flower of the Lily” and honors the French symbol that is incorporated into the city of Louisville’s Flag – will be run as Race 7 at 9:12 p.m. (all times Eastern). It will be televised live on NBCSN from 8:30-10 p.m.

She’s a Julie, trained by Hall of Fame conditioner Steve Asmussen, won her first Grade I in the La Troienne on Kentucky Oaks Day at Churchill Downs. The classy filly by Elusive Quality has only one off-the-board finish in her last eight starts – a fourth-place effort in the Zia Park Oaks in November.

“I was so proud of her effort in the La Troienne,” Asmussen said. “It was a lot of fun winning that race with such a special filly to our barn and named after my wife.”

Chief among the competition to She’s a Julie in the Fleur de Lis will be five-time winner Elate. The 5-year-old mare by Medaglia d’Oro most recently finished third in the Apple Blossom (GI) and second in the Azeri (GII) at Oaklawn Park. Elate had a spectacular 3-year-old campaign with victories in the Alabama (GI) and Beldame (GI). Trained by Hall of Famer Bill Mott, Elate began her 4-year-old campaign with a 3 ¼-length score in the 1 ¼-mile Delaware Handicap (GII) and finished a neck behind Abel Tasman in the Personal Ensign (GI) before missing the remainder of 2018 with a minor injury to her left foreleg.

Javier Castellano has the call on Blue Prize from post 5.

All horses will tote 120 pounds except She’s a Julie who will carry 124 lbs. 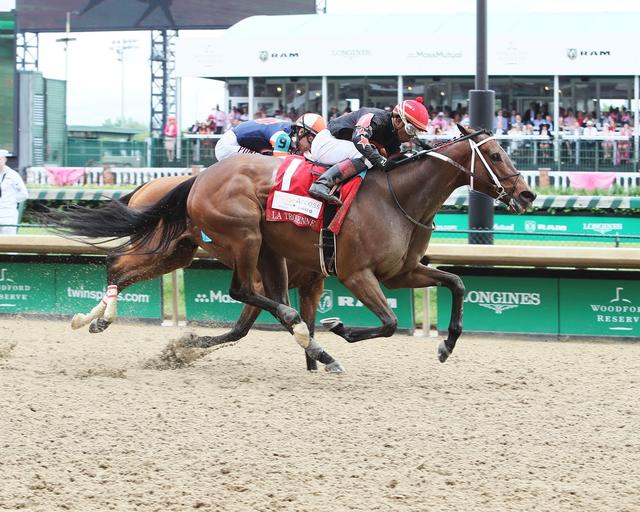