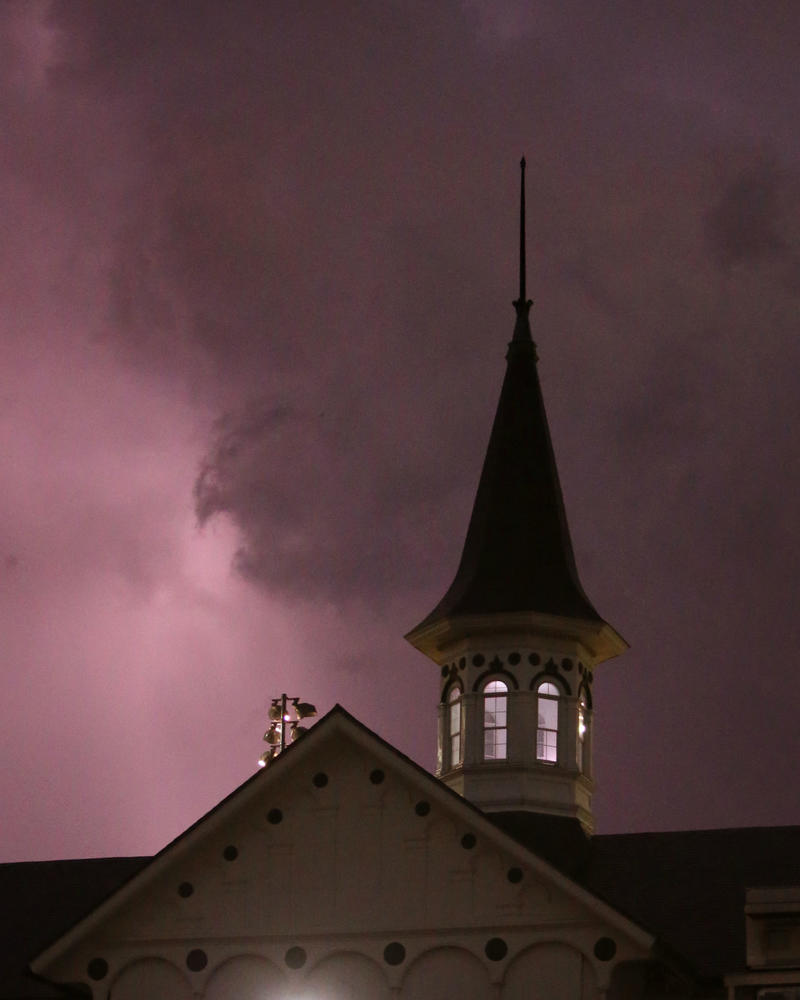 The final race on Thursday’s eight-race card at Churchill Downs was cancelled because of intensified lightning in the Louisville metro area.

Thursday’s program, which was scheduled to start at 5 p.m. (all times Eastern), was delayed one hour and five minutes when severe thunderstorms rolled through Louisville and Jefferson Country. Once it cleared, racing began at 6:05 p.m. and the first seven races went without a hitch.

Another batch of storms with lightning developed in the area as horses were headed to the starting gate for the eighth race, a $17,000 maiden claiming event for 3-year-olds and up at 6 ½ furlongs. With the safety of the equine and human athletes in mind, Kentucky Horse Racing Commission stewards, in conjunction with track officials, made the decision to cancel the race at post time.

Cancellations of races at Churchill Downs because of weather conditions are rare. The cancellation of Thursday’s finale was the 21st in track history and first since a frozen racetrack suspended racing on Nov. 19-20, 2014. This was the first Spring Meet suspension since extreme heat hit Louisville on June 28, 2012.

Racing at Churchill Downs is expected to continue Friday with a nine-race program at 12:45 p.m. 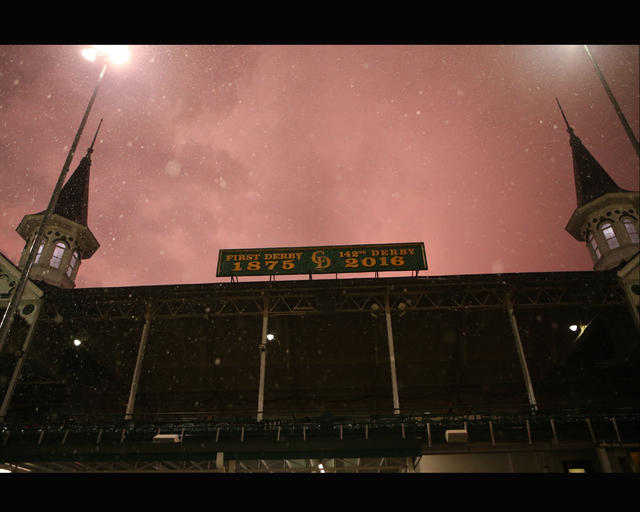