Saturday’s $500,000 Lukas Classic (Grade II), featuring Kentucky Derby (GI) winner Rich Strike, and the $300,000 Ack Ack (GIII) at Churchill Downs have been added to the list of races to be televised live on NBC’s “Breeders’ Cup Challenge Series: Win and You’re In – presented by America’s Best Racing” telecast, which airs Saturday from 4-6 p.m. (all times Eastern).

The Ack Ack for 3-year-olds and up, which goes as Race 9 with an updated off-time of 4:56 p.m., is a one-turn, one-mile “Win and You’re In” event for this year’s $1 million Breeders’ Cup Dirt Mile (GI) to be held Nov. 5 at Keeneland. Carter Handicap (GI) winner Speaker’s Corner is the even-money morning line favorite in the field of 10.

The 1 1/8-mile Lukas Classic for 3-year-olds and up, which goes as Race 10 at 5:26 p.m., is a springboard to the $6 million Breeders’ Cup Classic. Rich Strike, who scored an 80-1 shocking upset in the $3 million Kentucky Derby presented by Woodford Reserve in May, will attempt to become the first Derby winner to return to Churchill Downs and win since Silver Charm. The 1997 Derby winner took the 1998 Clark Handicap (GII) beneath the Twin Spires after runner-up finishes to Awesome Again in that year’s renewals of both the Stephen Foster Handicap (GI) and Breeders’ Cup Classic (GI).

Wagering is available on www.TwinSpires.com, the official ADW of Churchill Downs Incorporated and the Kentucky Derby.

The series leads to the 39th Breeders’ Cup World Championships at Keeneland Race Course in Lexington, Ky. on Nov. 4-5. 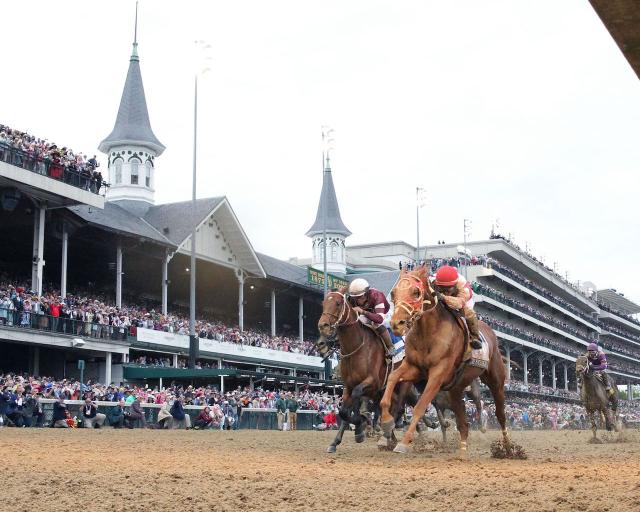