When fans walk through the doors at the renowned Danny Davis Arena – home of Ohio Valley Wrestling (OVW) – there are photos that line the walls of some of professional wrestling’s all-time greats who graced the ring in Louisville, such as Dave Bautista, John Cena, Brock Lesnar and Randy Orton. On that wall amongst wrestling’s superstars is the iconic Jerome “Frank” Miller, better known across the wrestling world as Trailer Park Trash.

For more than 20 years, Miller shed his blood, sweat and tears in a business he loved until he decided to hang up his wrestling boots to follow his grandfather’s footsteps and become a horse trainer.

Miller’s grandfather, Jerome “Jerry” Miller was a small trainer for many years in Kentucky and taught him some of the ins and outs of the business.

“My grandfather was the reason I started training horses,” said Miller, who is stabled in Barn J at Churchill Downs’ Trackside Louisville – located approximately five miles from the main track. “He only had two or three horses but I would always spend time on the backside with him and he taught me so much about the game.”

During his time as a wrestler, Miller was billed at 6’ 1”, weighed in at 229 lbs. and was from “all over the country because his home was mobile.” In reality, Miller’s early stages in life were similar to his character because he moved many times across the country until he settled back to his original home in the Germantown neighborhood of Louisville as a teenager.

At 17, Miller decided to enter Danny Davis’ wrestling school and in six short months, he had his first match. During his time at OVW, Miller was a six-time tag team champion, and the first-ever hardcore champion and heavyweight champion. Miller traveled around the world because of wrestling, mainly with World Wrestling Entertainment Hall of Famer Jerry “The King” Lawler.

“When I worked with Jerry, we’d be on the road nearly every day of the week,” Miller said. “We traveled back and forth between towns all over the mid-south such as Memphis, Tenn., Little Rock, Ark. and Louisville. I toured all over the world to countries like Puerto Rico, Mexico and Japan. However, I would always find time to go to racetracks whenever I traveled. I couldn’t understand much of the program but it was always fun to watch races in places like Japan where they ran clockwise.”

In 2000, Miller’s daughter Jeri was born and 18 months later, he received sole custody.

“I raised my daughter on my own and, once I became a single father, I knew I had to stop traveling as much for wrestling,” Miller said. “Now she’s grown, happily married and I have a grandson.”

Miller’s first win as a trainer came in 2008 and, while he was still training horses, remained a mainstay at OVW. In 2013, Miller retired from the ring to continue his sole focus on being a trainer.

A technician in the ring, Miller brings a similar mentality to his small string of horses at Trackside.

“I think training wrestlers is similar to training horses,” Miller said. “When you train wrestlers, if you keep them healthy, fit and happy they’ll perform in the ring. The same goes with horses. Therefore, I use a lot of that mentality in my training.”

Now, like many trainers, Miller begins his day before the sun rises but he usually wraps up training by 7:30 a.m. After training, the 47-year-old’s day is just beginning. Miller works a second job in order to pay his personal bills.

“This is essentially the first ‘real’ job I’ve ever had,” Miller said. “Eventually I hope to get to the place where I can train on a full-time basis. Life is not about money anymore. I have been there and done that. If I can pay my bills and have a roof over my head; that is all I can really ask for.

“I’ve broken 36 bones and had numerous concussions. I wake up every day with something bothering me but it all seems to go away when I’m around my horses. Training horses is everything to me and, hopefully, this is just the start of something better to come in the future. Every trainer has a dream of finding that one horse and I know that horse is out there for me.” 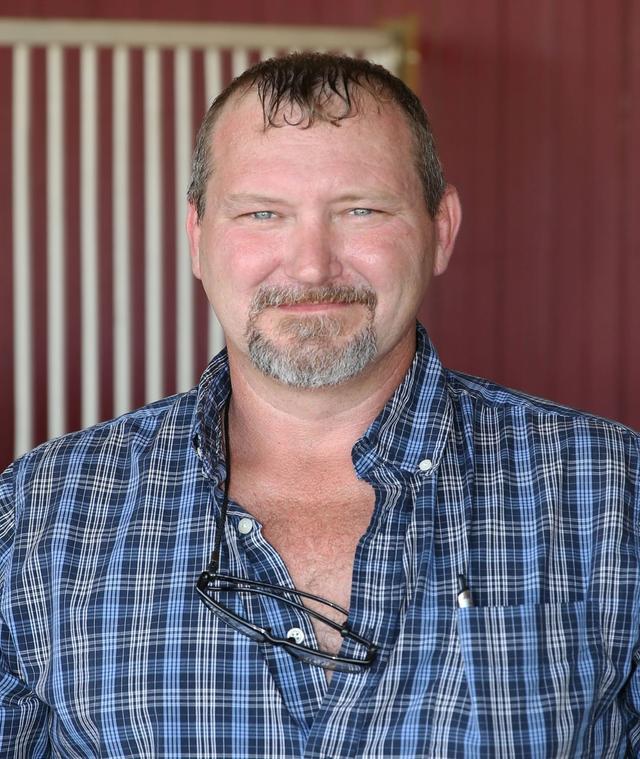