Racing’s third jewel of the Triple Crown, the $1.5 million Belmont Stakes (Grade I), is set for Saturday. Locally-based handicappers and horsemen weighed in on the 1 ½-mile “Test of Champions.”

TwinSpires.com Handicapper Ed DeRosa: “In a Kentucky Derby prep and Triple Crown season when this group has run competitive in the 95-100 Brisnet.com Speed Rating range, I am looking for a horse in the Belmont Stakes who is capable of a breakthrough number at a price and landed on Master Fencer as that possibility. His suck up seventh (placed sixth) in the Kentucky Derby portends that move forward five weeks later, and we’ll get the right price.”

Trainer Tim Glysahw: “I think War of Will is the one to beat off his recent form. He should be able to get the distance, too. If I were to use any other horse in the race, maybe (Mark) Casse’s other one, (Sir Winston) could run well with his pedigree. Also, Bourbon War seems like he could like the 1 ½-mile distance with his pedigree.”

Trainer Chris Hartman: “Tacitus for me.”

Jockey Agent Steve Krajcir: “I’m sticking to my guns on this one and going with War of Will.”

Churchill Downs Handicapper Joe Kristufek: “Sir Winston finished best of all in the Tampa Bay Derby and I’m not going to hold the Blue Grass clunker over an extremely biased race track against him. The second in the Peter Pan was his breakout race and I think (Joel) Rosario is a great fit. The risk should be worth the potential reward.”

Trainer Paul McGee: “Tacitus was one of the horses I liked for Derby and I think he could run a big race in the Belmont.”

Brisnet.com Handicapper James Scully: “Spinoff ran big when second in the Louisiana Derby but was a race short entering the Kentucky Derby in my estimation. He’ll move forward significantly off the experience for three-time Belmont Stakes winner Todd Pletcher and should get the right trip with his tactical speed in a field lacking pace.”

Bet America Handicapper Scott Shapiro: “Tacitus will not provide much value at the window on Saturday, but he appears the most talented horse, as well as the one likeliest to appreciate the mile-and-a-half distance. The Juddmonte Farms homebred should sit a nice mid-pack trip and out-finish this group to capture the third leg of the 2019 Triple Crown.”

CHURCHILL DOWNS CONNECTIONS SET FOR A BIG WEEKEND AT BELMONT PARK – Several locally-based connections are in Elmont, N.Y. this weekend for Belmont Park’s “Racing Festival” centered around the third jewel of the Triple Crown, the $1.5 million Belmont Stakes (Grade I).

Also in the field is locally-based Preakness (GI) runner-up Everfast – owned by Calumet Farm and ridden by Luis Saez for trainer Dale Romans.

The pomp of the Belmont Park action will be featured prominently at Churchill Downs on Saturday with the simulcast of the 1 ½-mile Belmont Stakes scheduled for 6:37 p.m. – which comes after the final live race at 5:58 p.m. Video and audio of a majority of the stakes races from Belmont will be shown between races on the track’s massive Big Board when they don’t conflict with live action.

Pat Day Mile (GIII) third Dream Maker returns to action in the $150,000 Easy Goer for Casse. Leparoux has the call from post No. 2.

In the $700,000 Ogden Phipps (GI), Churchill Downs-based Midnight Bisou is the even-money favorite in the field five for Hall of Fame trainer Steve Asmussen.

Guests at Churchill Downs will have an opportunity to enjoy New York-themed food offerings in select dining rooms and concession stands, including chicken parmesan sliders. Also, Levy Restaurants will sell the Belmont Jewel – the official drink of the Belmont Stakes (includes Woodford Reserve, lemonade, pomegranate juice and orange zest). Last call for drinks on Saturday will be “Call to the Post” for the Belmont Stakes, and all dining rooms will remain open through the big race

Advance wagering on Saturday’s Belmont Stakes will be offered all day Friday at Churchill Downs.

The Mint Julep features 4-year-old filly Limari who will attempt to notch trainer Brad Cox’s second victory in the race in four years. Cox won the 2016 edition of the Old Forester Mint Julep with Richard and Bertram Klein’s Cash Control. Limari will be in search of her fifth-consecutive victory as the 5-2 morning line favorite.

Along with the Stephen Foster and Fleur de Lis, the 11-race card offers three other graded stakes events for Thoroughbreds. Below are the known probable entrants for all five races, according to Churchill Downs assistant racing secretary and stakes coordinator Dan Bork:

DOWN THE STRETCH – Racing continues Friday at Churchill Downs with a first post of 12:45 p.m. There is a $57,364 carryover in the 20-cent Single 6 Jackpot that kicks off in Race 4 at 2:13 p.m. … Join Churchill Downs Racetrack’s Darren Rogers and Kevin Kerstein for a special episode of “Inside Churchill Downs” from trainer Dallas Stewart’s crawfish boil Friday at 6 p.m. on ESPN 680/105.7. Those outside the Louisville area can listen live online at http://www.espnlouisville.com/ or download a podcast of the show after its completion. … Churchill Downs has a special Stakes & Eggs brunch in the Stakes Room on Sunday for $45. Tickets can be purchased in advance online at ChurchillDowns.com/Tickets. 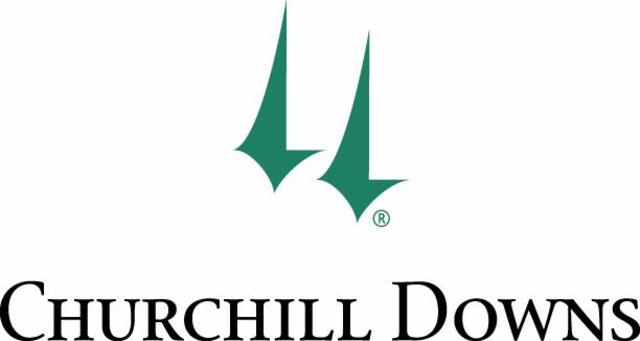