Dr. Harvey Diamond’s Skychai Racing and David Koenig’s Sand Dollar Stable are familiar with the “Road to the Kentucky Derby” process, most recently supplementing Fast and Accurate to Kentucky Derby 143 after his Spiral Stakes (Grade III) victory. But the Louisville-based stable has a new rooting interest this year with homebred Tres Equis in Saturday’s $150,000 Iroquois Stakes (GIII).

“It’s always special to have a homebred in a stakes race,” Diamond said. “This is actually our first horse out of this dam to race so it’s really exciting having one show some early talent.”

The Iroquois, one of four stakes events on the first Saturday of the 11-day September Meet at Churchill Downs, is the first scoring races on the 2017-18 “Road to the Kentucky Derby” and “Road to the Kentucky Oaks” – the series of races that will ultimately determine the field for the 144th running of the Kentucky Derby Presented by Yum! Brands (GI) on Saturday, May 5, 2018. Points awarded to the Top 4 finishers will be 10-4-2-1 as part of the “Prep Season” that showcases foundation-building races in advance of the “Championship Series,” which begins in late February.

Trained by Mike Maker, Tres Equis is a 2-year-old son of Stay Thirsty out of the Secret Romeo mare Brandys Secret. Although there is turf pedigree on the bottom side of Tres Equis’ pedigree, the colt won decisively in a one-mile maiden special weight on the dirt at Indiana Grand.

“Mike (Maker) said he handled the dirt all along in training so it wasn’t too much of a surprise that he ran so well in his second start,” Diamond said. “With Stay Thirsty on the top side and Brandys Secret on the bottom side, we had to name him after some type of liquor. We couldn’t take the name Dos Equis but this will do.”

“Brandys Secret was really nice horse on the turf,” Maker said. “It wasn’t really an experiment running him on the turf first out because of that but he really excelled on the dirt in his last start.”

The Iroquois is also a part of the Breeders’ Cup “Win & You’re In Juvenile Division” and its winners will earn an automatic berth into the $2 million Sentient Jet Breeders’ Cup Juvenile (GI). Breeders’ Cup will pay $60,000 in entry fees and provide travel allowances for the connections to compete on Nov. 4 at Del Mar. 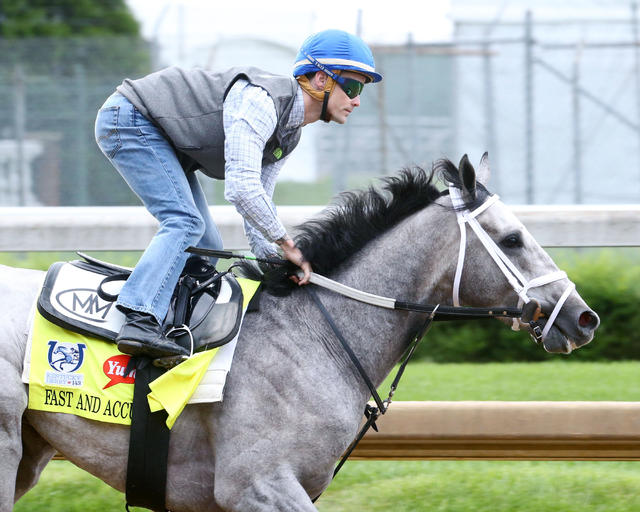