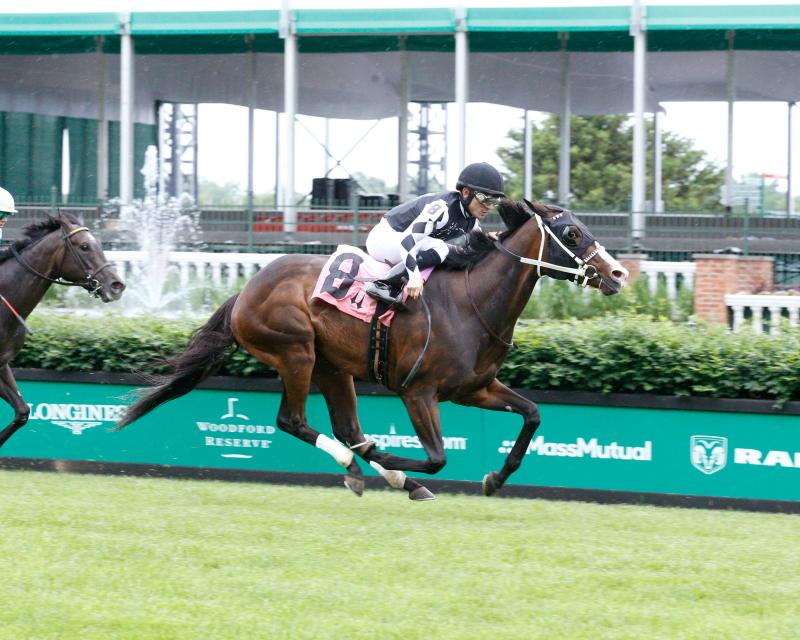 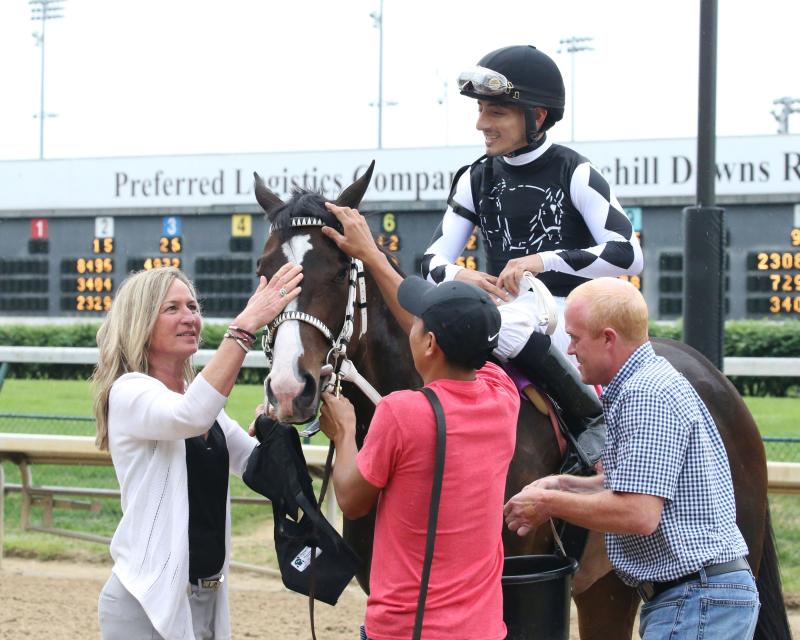 “It was such a thrilling race and such a relief to finally get this filly on turf,” Lovell said. “We’ve tried and tried to get her to run on the grass but the rain kept washing off the races. She really proved herself Saturday and it was such a fun way to get our first stakes victory in our backyard at Churchill Downs.”

“In an industry dominated by males, it goes to show women are just as capable of doing the job,” Lovell said.

Lovell is a native of West Palm Beach, Fla. and became a jockey in 1988. Following an eight-year stint in the saddle, Lovell began training horses in 2003 in Texas and Louisiana before shifting her stable to Kentucky.

“I still get the luxury of riding everyday getting aboard my horse (stable pony) Elwood,” Lovell said. “I enjoyed my time riding races but I also love training and seeing horses develop.” 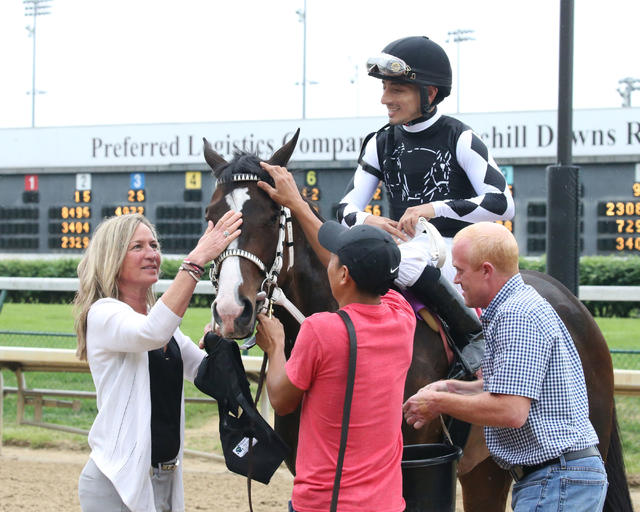