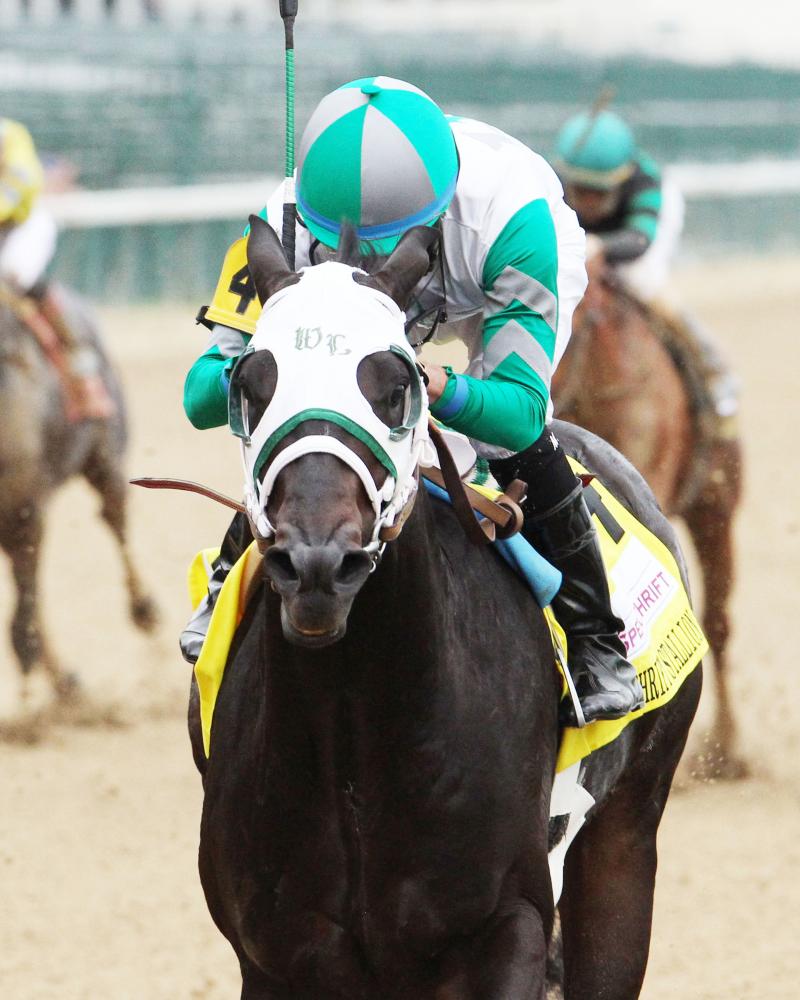 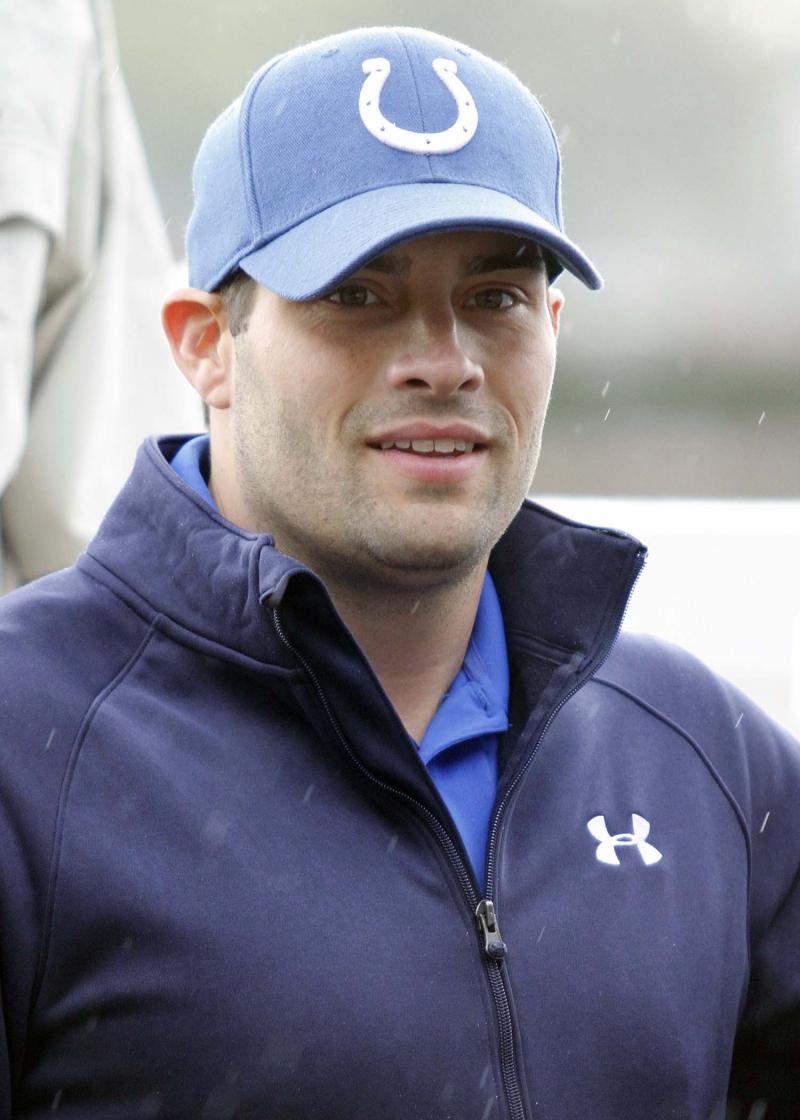 Hall of Fame trainer D. Wayne Lukas has won many lucrative races in his training career, but a stakes victory for the 200 members of the Churchill Downs Racing Club with Warrior’s Club in Sunday afternoon’s $300,000 Spendthrift Stallion Stakes now holds a special place in the 81-year-old trainer’s heart.

“You really can’t write a script that can turn out any better than this one,” said the four-time Kentucky Derby-winner. “It was really special but even more special for that many people to be involved.

“The horse pulled up really well and of course from a financial standpoint it makes the Racing Club program really solid because it was a significant purse. Moving forward, I think we’re going to do some exciting things. The nice thing about it is that not only are they enjoying the ride and having so much fun, they got a nice horse. That’s a damn nice horse.”

The feeling that Lukas experienced from this special victory was one that couldn’t be compared to other prominent wins in Lukas’s long training career.

“It was a different kind of feeling because there were so many people involved that would never have an opportunity to ever experience anything like that,” Lukas said. “They really got to experience the excitement that so many of us big guys have got to experience over the years. To get in at that level and see people’s reaction was very gratifying. I thought he’d be a nice horse, what you got with it you never know with a baby. There’s always a gray area, but I really felt like he was a quality horse.”

The son of Warrior’s Reward was showing improvement before winning the Spendthrift Stallion Stakes, which was the first victory in five starts of the horse’s career. Prior to this big win, he ran a pair of second-place efforts in maiden special weights behind highly regarded 2-year-olds Wild Shot and Speedmeister. Earlier this year, Warrior’s Club was purchased privately for the Racing Club for $55,000. With a victory in the Spendthrift Stallion Stakes, his earnings nearly doubled his purchase price with $107,696 to his credit.

“I thought at the time that we made an excellent buy and now in hindsight, it’s pretty clear that we made a tremendous buy,” Lukas said. “Not only are we showing the club to be profitable, but we’re escalating the value of this little horse for quite a bit. He’s starting to prove that he can run with some of the high-powered horses in better races, so it’ll be interesting to see where he goes.”

As far as where Warrior’s Club could go, a start in the $200,000 Kentucky Jockey Club (GII) on Nov. 26 is “definitely” a possibility, according to Lukas.

“We’ll take a good look at that,” Lukas said.

The excitement surrounding the Churchill Downs Racing Club could carry over into next week, as the second club’s 2-year-old Dial Me, a dark bay filly by Dialed In, is slated to run at Churchill Downs on Wednesday, Nov. 9.

The daughter of Eskendereya drew the rail for the allowance event and makes her second start for trainer Brad Cox. She was previously conditioned by Hall of Fame trainer Bob Baffert and was based in Southern California. Her last trip to the winners’ circle came three starts ago at Santa Anita, which she won in wire-to-wire fashion. Prior to the Dogwood, Emmzy was runner-up to Family Tree in the Indiana Oaks (Grade II).

“I think the post is okay,” Cox said. “Forwardly-placed going around two turns seems to be her thing and she kind of acts like that when breezing in the mornings as well. When (trainer) Bob (Baffert) had her in California, it looked like she wanted to be forwardly-placed around two turns and it doesn’t look like there is going to be a whole lot of speed in the race.”

Emmzy will race with Lasix on Thursday, which is a change from her start in the Dogwood.

“There was a little mix up with the Lasix so she raced without the Lasix last time,” Cox said. “Last time going seven-eighths, I think we also ran into one of those spots where we really didn’t have much of a place to run her. Hopefully she’ll make a good showing. She’s doing well.”

Jockey Robby Albarado has the mount for Thursday’s race.

DOWN THE STRETCH – There is a $9,341 carryover in the Single 6 Jackpot for Wednesday. … Churchill Downs will have special post times on Friday (2 p.m.) and Saturday (2:15 p.m.) so the races coincide but don’t overlap with a simulcast of the Breeders’ Cup World Championships from Santa Anita. Admission gates will open at 12:30 p.m. both days. … Sunday is Family Adventure Day Presented by Kroger. … Thursday is Senior Day with a discounted Millionaires Row offer for seniors age 60 and up. 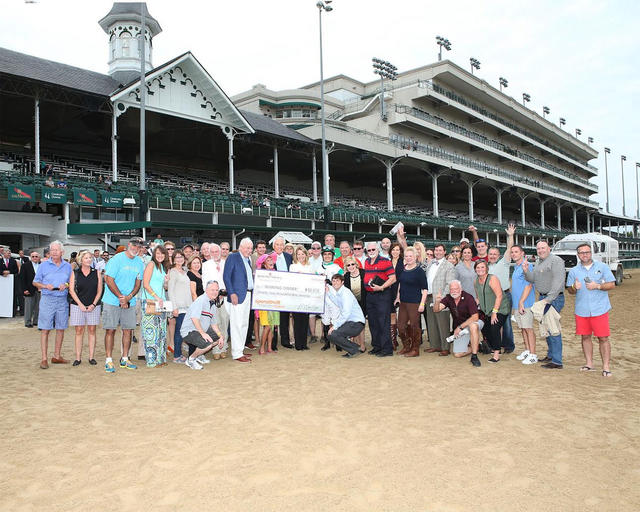