McCraken Back On Track in Grade III $100,000 Matt Winn at Churchill Downs 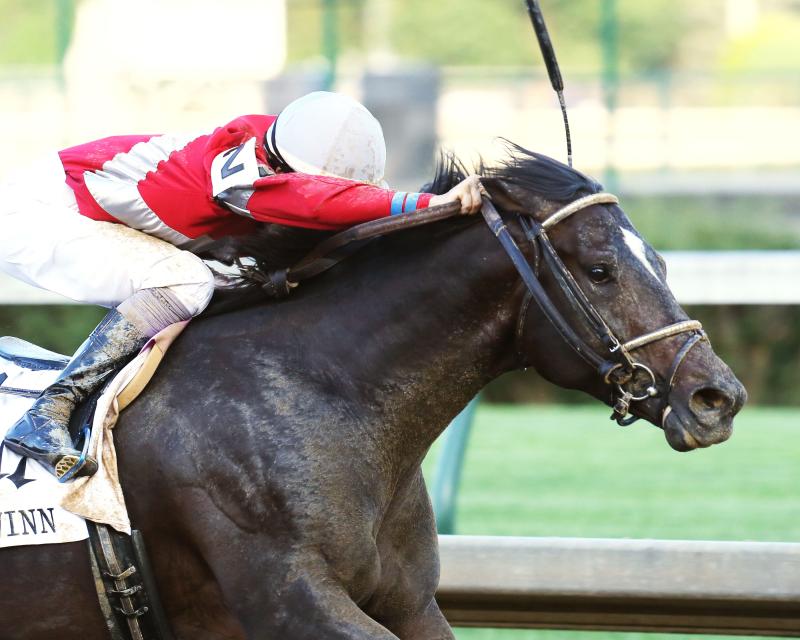 Whitham Thoroughbreds LLC's McCraken snapped a two-race win streak and returned to winning form after an eighth-place finish in the Kentucky Derby (GI) in a victory in the $100,000 Matt Winn (Grade III) at Churchill Downs. (Coady Photography, Churchill Downs) 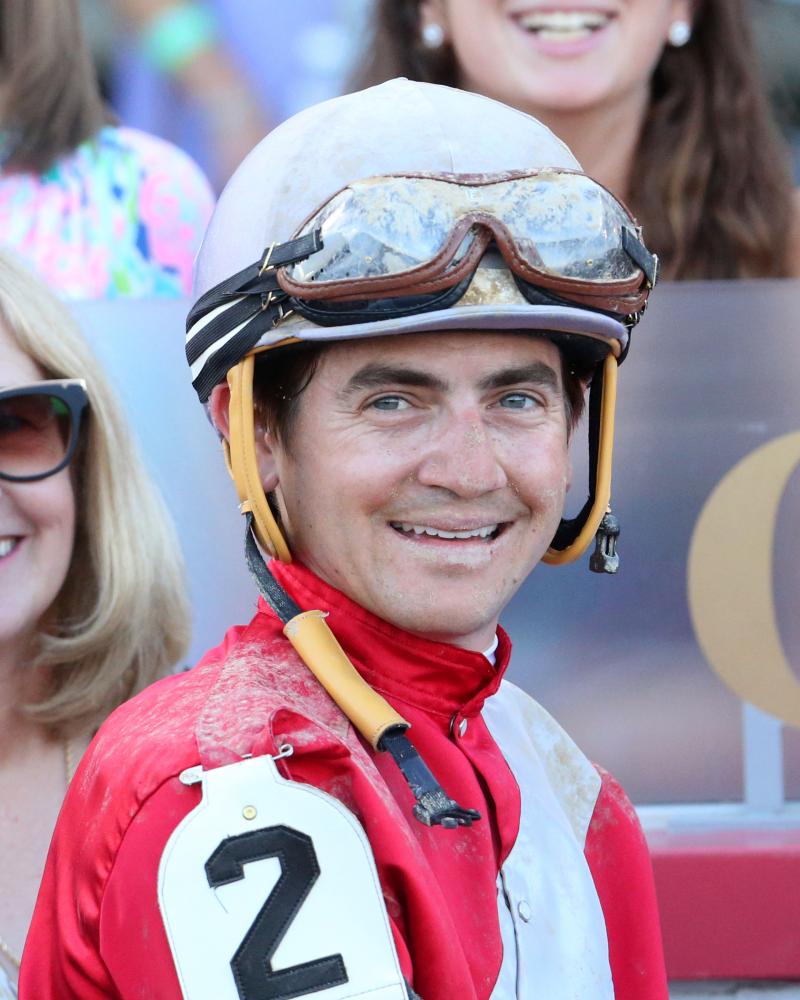 Jockey Brian Hernandez Jr. was all smiles after Whitham Thoroughbreds McCraken returned to the winner's circle in the 20th running of the $100,000 Matt Winn. (Coady Photography, Churchill Downs) 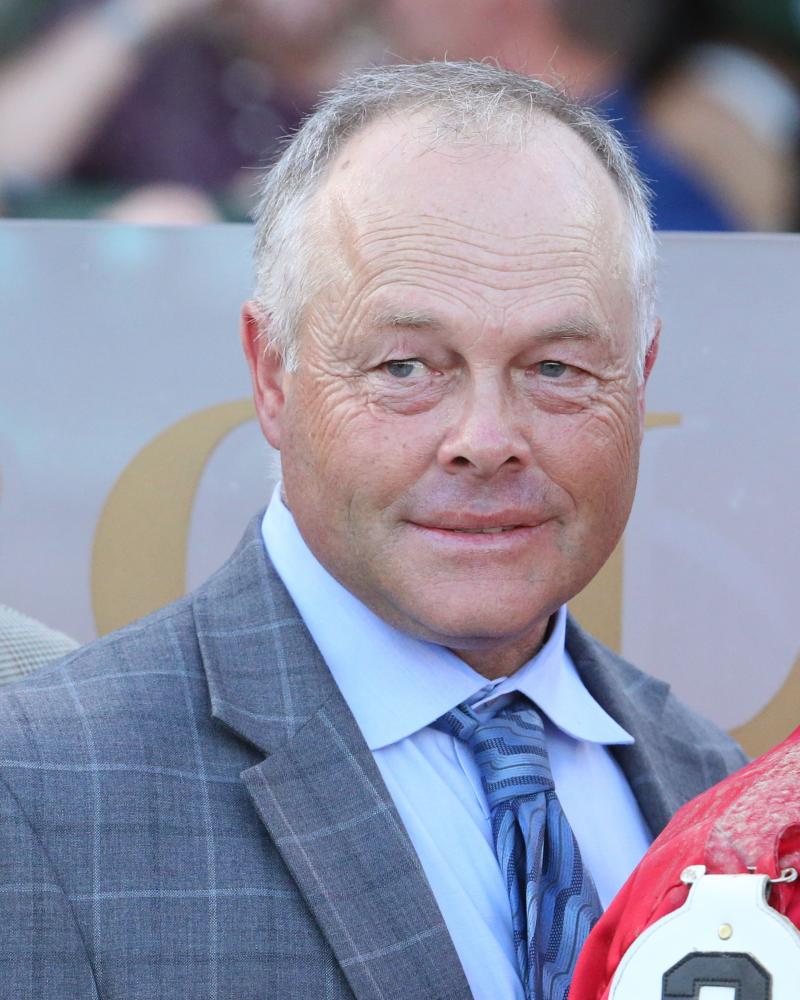 Ridden by Brian Hernandez Jr. and trained by Ian Wilkes, McCraken returned to the winner’s circle by running 1 1/16 miles on a fast track in 1:42.84.

This marked the third time that Wilkes has won the Matt Winn. He also won the race in 2012 with Neck ‘n Neck and the 2015 renewal with Island Town.

McCraken, breaking from post 2 in the field of six 3-year-olds, lost his footing when the gates sprung open, which allowed the colt to settle about 9 ½ lengths behind early leader Aquamarine, who led the cast through a first quarter mile in :23.58 and the half mile in :47.48. McCraken made a bold four-wide move on the far turn, drew even with leaders Aquamarine, Mo’s Mojo and Colonelsdarktemper and spurted clear at the sixteenth pole to beat the latter.

The victory was worth $61,380 and boosted McCraken’s bankroll to $472,228 with a record of 7-5-0-1. The Matt Winn was McCraken’s fourth stakes win. He emerged from the May 6 Derby with cut on his left hind leg that likely occurred during a bumping incident shortly after the start of the 1 ¼-mile Classic, won by Always Dreaming.

The bay colt was the Derby’s 6-1 third betting choice following a pair of graded stakes wins on the Road to the Kentucky Derby. He followed a Street Sense Overnight Stakes win at Churchill Downs last fall with victories in the Kentucky Jockey Club (GII), also at Churchill Downs, and Sam F. Davis (GIII) at Tampa Bay before finishing third in Keeneland’s Blue Grass (GII) prior to the Derby.

It was another half-length back to Mo’s Mojo in fourth with Excitations and Aquamarine completing the order of finish.

McCraken is a Kentucky-bred son of Ghostzapper out of the Seeking the Gold mare Ivory Empress. He was bred by his owner Janis Whitham.

The Matt Winn, which honors the famed Churchill Downs president and general manager that served as the driving force in the development of Churchill Downs and Kentucky Derby, will go as Race 5 on Saturday at approximately 8:03 p.m. (all times Eastern). Winn will be elected into the National Museum of Racing’s Hall of Fame as a “Pillar of the Turf” on Aug. 4.

BRIAN HERNANDEZ JR., jockey of McCRAKEN (winner): “Today, he was kind of back to his old self where he got into a nice rhythm around there. He wasn’t wanting to overdo it the first part and then he just kind of built his confidence up as he went. ... He went on by those horses pretty easily and thought he lane he kind of did it the right way. You always hear it, but it was actually the perfect race that you’re looking for for a horse coming back.”

IAN WILKES, trainer of McCRAKEN (winner): “I loved that he relaxed (at the start, like he did early in his career). ... He left there listening to Brian, doing things the right way.

“I didn’t give Brian any instructions. I just told him when I legged him up, ‘you know him. You ride him. Ride with some confidence.’

“I loved everything about it. He come into the paddock really good today. Behind the gates, he was walking around like he had some confidence about him. And so that was good. And then when he left the gate, he just dropped the bit and listened to Brian. I was very pleased.

(Hasn’t thought about next race): “It’s just a shew, I got through this. Any time you’re 1-5, you’re supposed to win. These are the hardest to win.”

JON COURT, jockey of COLONELSDARKTEMPER (second): “My horse fought on very well. Once we got passed by McCraken he sort of tried to quit on me but I roused him pretty well and he held second which was great.”

JINX FIRES, trainer of COLONELSDARKTEMPER (second): “We knew going into the race it would be tough to beat McCraken. Jon (Court) gave him a great trip and I’m proud with how he ran.”

NEIL HOWARD, trainer of SOCIETY BEAU (third): “I thought he made a great middle move. If the distance was probably a little bit further I think we could’ve ran second but I’m happy with how he ran.” 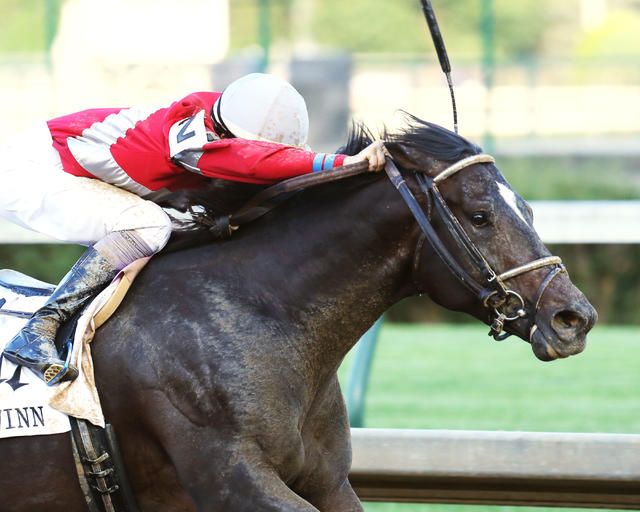