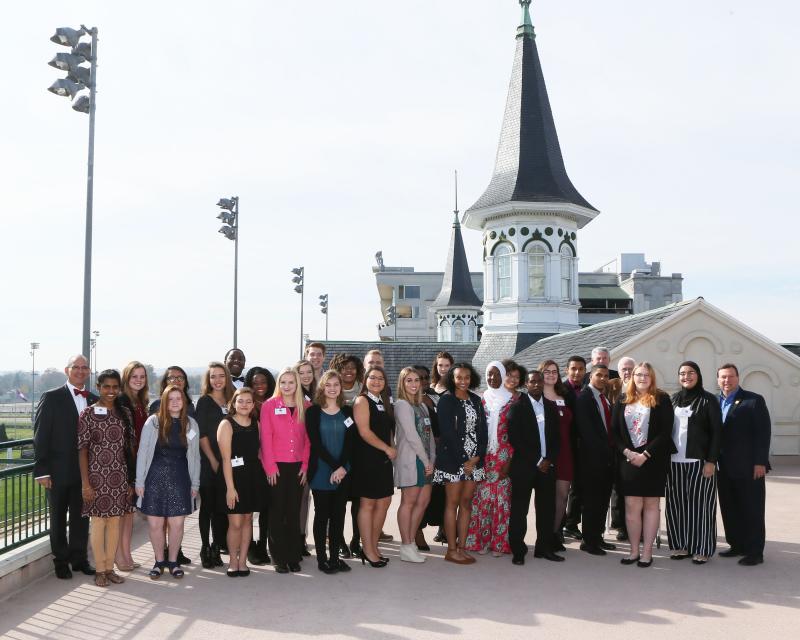 Members of the Churchill Downs Governor's Scholars Class of 2017 were honored Friday during a reception on Friday, Nov. 17 at the historic track. (Coady Photography, Churchill Downs)

Churchill Downs Racetrack honored members of its 2017 class of Churchill Downs Winner’s Circle Governor’s Scholars during a celebration of the program at the home of Kentucky Derby on Friday, Nov. 17.

A total of 31 current high school seniors from Jefferson County and surrounding counties participated during the summer between their junior and senior years in the program that is part of the overall Kentucky Governor’s Scholars Program (“KGSP”). Twenty-seven of those students were joined at the track on Friday by parents, guardians and school representatives for a reception and lunch in the Jockey Club Suites. Small groups of the members of the 2017 Winner’s Circle Governor’s Scholars class were recognized in the track’s winner’s circle following each of the day’s first six races.

The Kentucky Governor’s Scholars Program was created in 1983 with a mission to enhance Kentucky’s next generation of civic and economic leaders. A partnership that includes the office of the Governor, the Kentucky State Legislature and private enterprise from throughout the Commonwealth funds the program, which selected students to attend without charge.

Class of 2016 member Nyah Elizabeth Mattison, a senior at duPont Manual High School, spoke for Winner’s Circle Class of 2016 at the reception.

“As Governor’s Scholars we have all learned the importance of community, in every form it takes. GSP has helped me to build a network of fellow scholars that I feel comfortable and trusting in reaching out to.”

Participants in Churchill Downs Winner’s Circle Governor’s Scholars Program include one student from each of the Kentucky House and Senate districts in Jefferson County. Some of those districts include portions of bordering Kentucky counties. 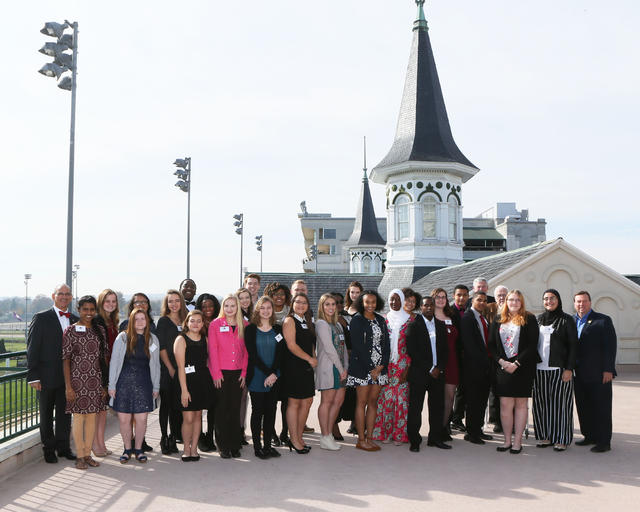