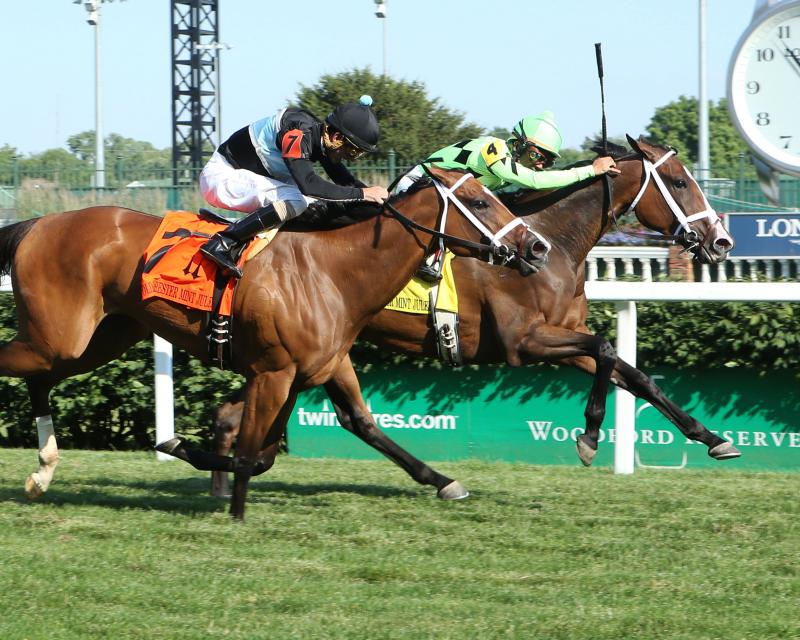 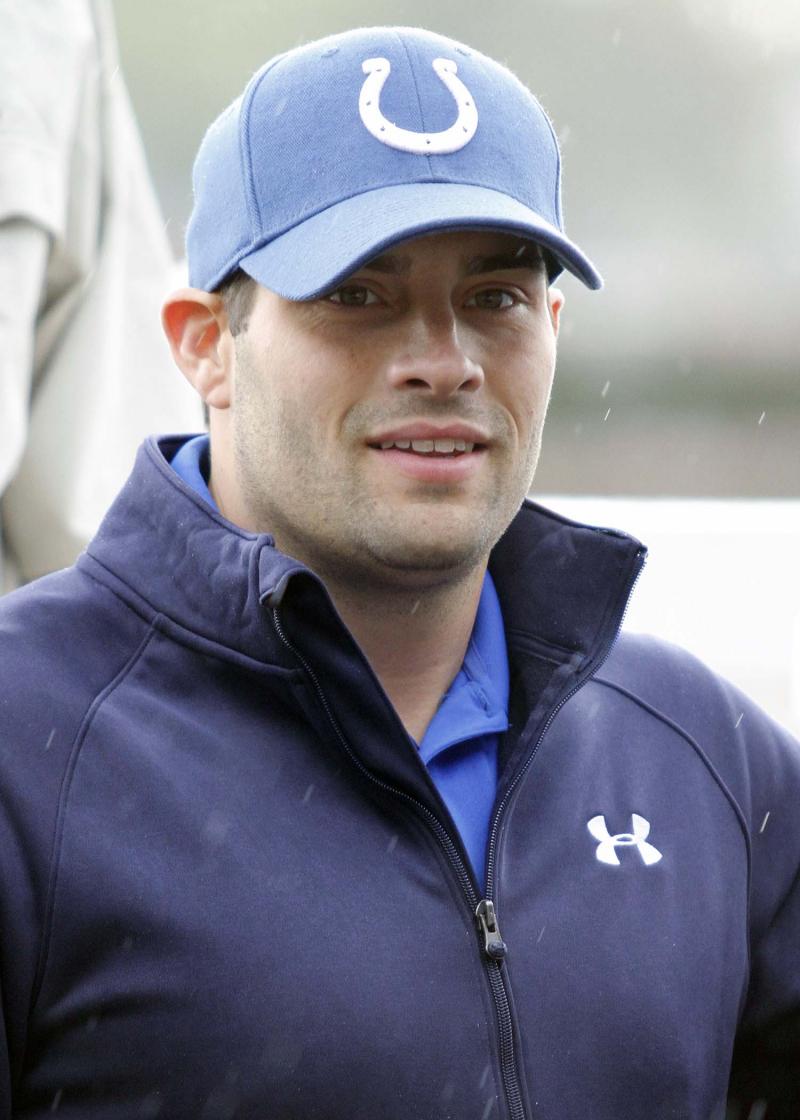 The daughter of Pioneerof the Nile boats a record of 6-4-0-2 over the Churchill Downs turf course and will be in search of her first win since winning the Old Forester Mint Julep by a head over stable mate Sweet Acclaim (IRE). Since then, she has finished second twice as a favorite in the $103,300 Indiana General Assembly Distaff at Indiana Grand on July 16 and the $348,666 Kentucky Downs Ladies Turf Stakes on Sept. 3. In her most recent effort, she was sixth behind Photo Call (IRE) in Keeneland’s $400,000 First Lady (GI) on Oct. 8.

“It’ll be a big class relief,” said trainer Brad Cox. “We breezed her last Sunday on the grass (a half-mile in :48.20) and she went great. She likes this turf course and always seems to run well on it. Most of her better races have been on this turf course. Hopefully it’s not too tough. We’ll see what happens. If it’s a similar field than the one we beat this summer then I think we’ll be highly competitive.”

Cox believes that the 5-year-old mare hasn’t shown any signs of slowing down and will likely race next year as a 6-year-old.

“As long as she’s doing well she’ll probably stay in training next year,” Cox said. “We’ll continue on with her at age 6. She’s been rocking and rolling pretty well since last summer so hopefully she maintains.”

Other known probable entrants for the Cardinal Handicap, according to Churchill Downs stakes coordinator Dan Bork include Annulment, Lady Fog Horn and No Fault of Mine.

THIRSTFORLIFE MAY BYPASS DELTA JACKPOT IN FAVOR OF KENTUCKY JOCKEY CLUB – Trainer Mark Casse is on the fence on whether to run his 2-year-old Thirstforlife, who breezed five furlongs in 1:01 Saturday morning, in the $1 million Delta Downs Jackpot (Grade III) on Saturday, Nov. 19 or scratch from the race in favor of the $200,000 Kentucky Jockey Club (GII) at Churchill Downs on Nov. 26.

“He breezed (Saturday) morning and went real well,” Casse said. “We entered him in the Delta Downs Jackpot but we’ll make a decision probably (Sunday) on whether or not he’ll stay there or run in the Kentucky Jockey Club.”

The homebred son of Stay Thirsty was victorious against a competitive allowance field at Keeneland last time out when he defeated Just Move On and Society Beau, who came back to run one-two in a first-level allowance on Thursday. His most recent Churchill Downs start was a well-beaten fifth in the Iroquois (GIII) on Sept. 17.

“That’s a lot better race than I thought,” Casse said. “Earlier I was saying to (son and assistant) Norman that maybe his race here in the Iroquois when he ran against (trainer) Dale’s (Romans) horse (Not This Time) wasn’t that bad when he was down inside in the mud. Everybody’s got to run to beat McCraken, he’s a nice horse. He’ll be tough if we go in the Jockey Club.”

Casse went on to say that Dream Dancing, who breezed five furlongs in 1:02.40 on Saturday morning, would likely point to the $200,000 Golden Rod (GII) on Nov. 26 along with stable mate Valadorna, who was a late-closing second in the Breeders’ Cup Juvenile Fillies (GI).

OSORIO ENJOYING PROSPEROUS FALL MEET – The Churchill Downs Fall Meet has been a successful one for jockey Didiel Osorio, who has five wins on the meet and has been in the money 35-percent % of the time.

“I’ve had a beautiful meet so far,” Osorio, 21, said. “We’ve got two more weeks to go so hopefully it keeps on going. The horses have been running in the right spots. I’ve been riding a lot for (trainer) Ingrid (Mason) lately and she’s been a big help. We’re going to start getting on horses for (trainer) Keith (Bourgeois).”

“We’ve just been working hard ever since the Ellis meet started,” Santos said. “We had a good meet down there and won 20 races. We were only six wins behind leading rider so it was real condensed. We did real well and came back here and had the highest win percentage, had a great Keeneland meet and it’s just been transferring. He’s been out here working every morning and he’s riding great right now. More people want to use him and we’re happy to ride for them, that’s for sure.”

Friday afternoon, Osorio’s mount in the finale, Secrets of Summer, lit up the tote board and paid $56.60 to win.

“That was exciting,” Osorio said. “He broke real sharp and I saw a lot of speed in the front and when he turned for home he had a ton of horse.”

WORKTAB – The D. Wayne Lukas-trained 4-year-old filly Super Saks recorded her fourth breeze since finishing fourth in the Grade III Winning Colors in May. She clocked five furlongs in 1:01. … Richard and Bert Klein’s 2-year-old colt Will Call, a 13 ¼ length debut winner at Indiana Grand, breezed four furlongs in :49.60. The Kentucky-bred son of Country Day is trained by Brad Cox. … Multiple stakes winner Alsvid breezed five furlongs in :58.80 for trainer Chris Hartman. … Frank Jones and William Pacella’s Preakness runner-up Cherry Wine, unraced since an eighth-place finish in the Grade I Secretariat in August, breezed five furlongs in 1:02 for trainer Dale Romans. … The Romans-trained 3-year-old filly Go Maggie Go also breezed five-eighths of a mile in 1:02. The Black-Eyed Susan (GII) winner is unraced since finishing sixth in the Grade I Alabama at Saratoga in August.

SINGLE 6 JACKPOT – There’s a nine-day carryover of $34,395 in the 20-cent minimum Single 6 Jackpot for Saturday, and the sequence covers Races 6-11 starting at 3:30 p.m. EST. The Single 6 Jackpot, which features a low 15-percent takeout, will be paid out only if there is a single winning wager with six winners placed at the required minimum bet value. If there are multiple winning wagers with six winners in the six-race sequence, 90 percent of the net money wagering into the pool will be paid out, and the remaining 10 percent will carry to the Single 6 Jackpot. If there are no tickets will all six winners, 100 percent of the pool will carry to the Single 6 Jackpot. There will be a mandatory payout on closing day.

DELTA DOWNS JACKPOT – The $1 million Delta Downs Jackpot (Grade III) on Saturday, Nov. 19 is the next scoring race on the 2017 “Road to the Kentucky Derby” – the series of 35 races that will ultimately determine the field for the 143rd running of the Kentucky Derby Presented by Yum! Brands (GI) on Saturday, May 6. Points awarded to the Top 4 Delta Downs Jackpot finishers will be 10-4-2-1 as part of the 19-race “Prep Season” that showcases foundation-building races in advance of the “Kentucky Derby Championship Series,” which begins in late February.

‘STAKES AND EGGS’ SUNDAY BRUNCH – Throughout the Fall Meet, Churchill Downs is offering a special “Stakes and Eggs” brunch special in the newly-renovated Stakes Room every Sunday. The $45 package for adults and $22 package for children includes a seat in the Stakes Room on the fourth floor of the Clubhouse and all-you-can-eat access to the brunch menu that includes an omelet station, scrambled eggs, biscuits and country gravy, French toast, hot brown, carved country ham, crispy bacon, sausage patties, hash brown potatoes with peppers and onions, fresh fruit, garden vegetables, breakfast breads and a chef’s dessert display. Gates on Sundays open at noon and the first race is 1 p.m. Tickets can be purchased online at ChurchillDowns.com/Tickets, in person at the Gate 1 box office or by calling (502) 636-4400.

WHO’S THE CHAMP? HANDICAPPING CONTEST RETURNS SUNDAY – The “Who’s the Champ? Handicapping Contest” returns Sunday. Interested participants can enter for $35 ($30 for TSC Elite members) for a chance to win the $1,000 cash voucher first prize by placing mythical $2 win and place bets on Races 3-8. Second place receives a $500 voucher and third place is worth a $200 voucher. The entry fee also includes a meal voucher and official program. Registration takes place between 11:30 a.m. and 1:30 p.m. on the Clubhouse second floor at the top of the Gate 17 escalators. “Who’s the Champ?” also will take place on Sunday, Nov. 20.

SENIOR DAY ON WEDNESDAY – Wednesday is Senior Day at Churchill Downs with a discounted Millionaires Row offer for seniors age 60 and up. 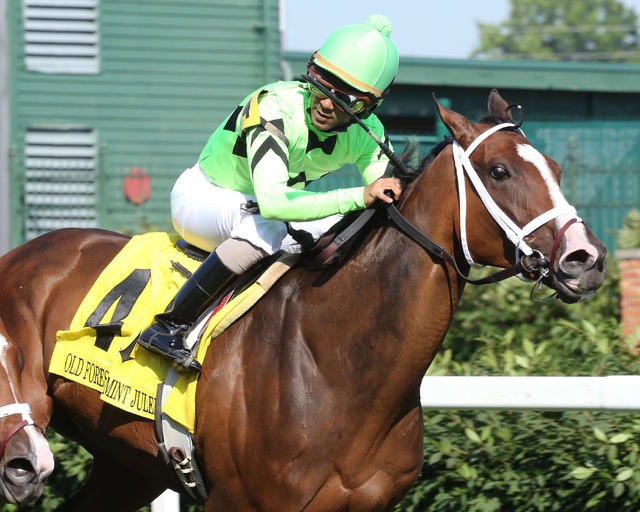