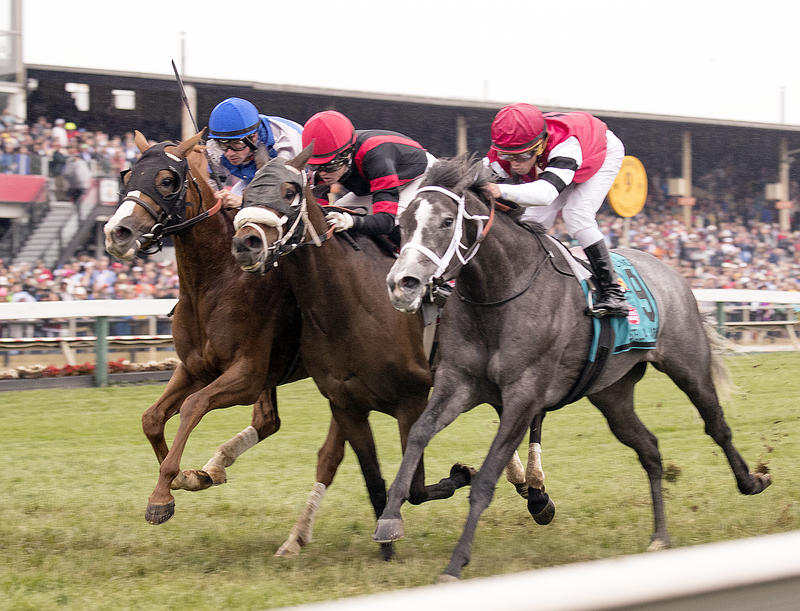 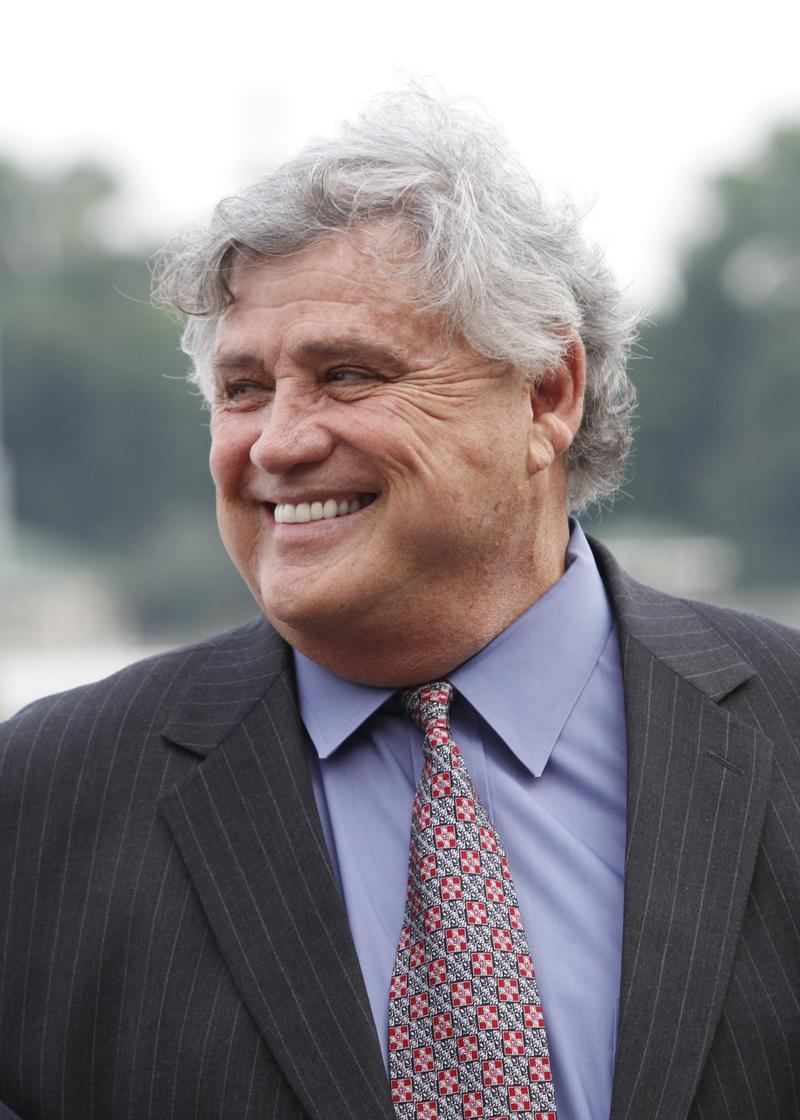 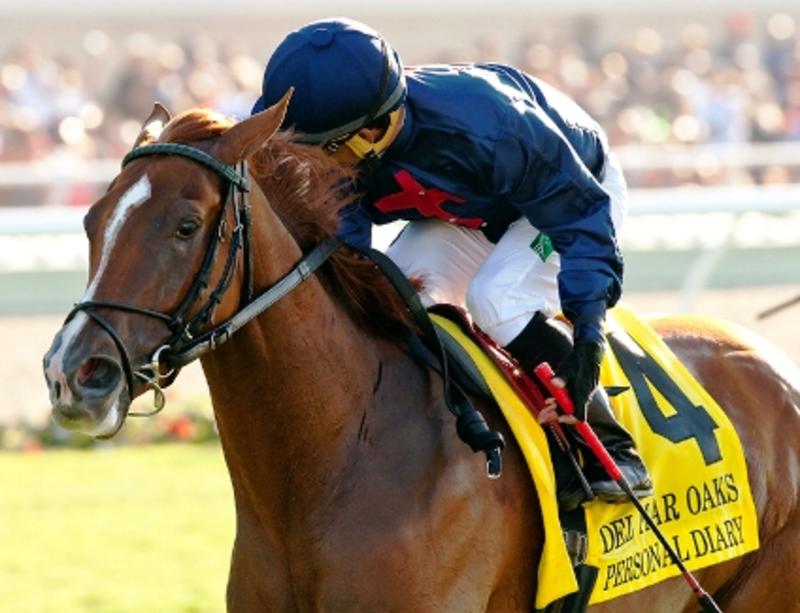 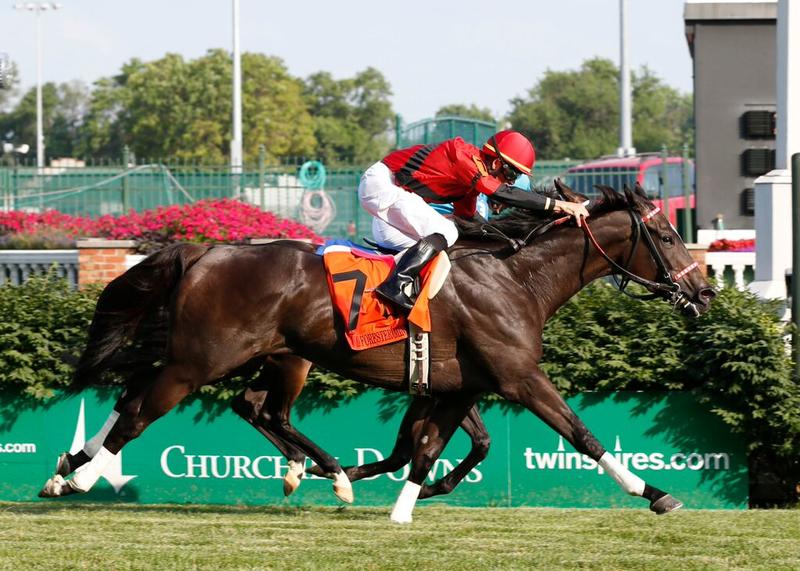 The Old Forester Mint Julep Handicap, a 1 1/16-mile test over the Matt Winn Turf Course, has been carded as the final race on Saturday’s 11-race program with a post time of 5:51 p.m. (all times Eastern). The traditional early June stakes event serves as a prelude to a simulcast of horse racing’s third and final jewel of the Triple Crown, the $1.5 million Belmont Stakes (GI) from New York’s Belmont Park, which will be shown on “The Big Board” – Churchill Downs’ massive outdoor video screen – and other television monitors throughout the facility after the final race at approximately 6:37 p.m. Post time for the first race at Churchill Downs is 12:45 p.m. and admission gates will open at 11:30 a.m.

Mizz Money, a homebred owned in part by her veteran trainer Bernie Flint, prevailed in a three-horse photo with a head victory in the May 21 Gallorette at Pimlico for her fourth career stakes triumph. Prior to the Gallorette, Mizz Money won the $50,000 New Orleans Ladies Overnight Stakes at Fair Grounds in late March by a scant nose, and her 3-year-old campaign of 2015 included victories in the $60,000 Allen LaCombe Memorial at Fair Grounds and the $100,000 Pucker Up (GIII) at Arlington Park.

Mizz Money was briefly under consideration for Saturday’s $700,000 Longines Just a Game (GI) on the Belmont Stakes undercard, but ultimately Flint felt it was in the filly’s best interest to stay at Churchill Downs for the Old Forester Mint Julep.

“I own half of her and would like to breed her, too, so I’m trying a little bit harder,” Flint said. “I want to move her up but I don’t want to do it too quickly. I gave her some time to develop and grow up and she sure did. I’ve always liked her. ”

Mizz Money is a third generation filly from a family line bred by Flint, which includes her dam Abbeyville Miss and granddam Skye Castles.

“It makes her that much more special,” Flint said. “The first one we raced (Mizzen Miss), which would be a full sister, we just bred to Verrazano and she bred back to Tonalist so we have a lot of faith in her pedigree. It’s gratifying when you have your own homebreds win and win graded stakes. It’s almost impossible when you’re dealing with two or three mares, and that’s what we’re dealing with. It shows that we have faith in her mother and things such as that.”

Richard and Bertram Klein’s 5-year-old mare Cash Control (14-7-2-2—$284,700), the Brad Cox-trained winner of the $50,000 Tiffany Lass and $60,000 Daisy Devine at Fair Grounds this winter, was third beaten 4 ½ lengths by reigning Champion Female Turf Horse Tepin in the Churchill Distaff Turf Mile (GII) on Kentucky Derby Day. She also was the on the wrong end of the photo finish in this year’s New Orleans Ladies Overnight Stakes when Mizz Money prevailed.

Kiss Moon (19-6-1-3—$534,469), owned and bred by Carl Pollard’s Hermitage Farm and trained by David Vance, seeks a return to form in her second start of the year. The four-time stakes-winning 5-year-old mare got up late in a long stretch drive to beat 3-1 favorite I’m Already Sexy by head in last year’s Old Forester Mint Julep Handicap.

Fans can celebrate the simulcast of the Belmont Stakes with specialty on-track items such as the Belmont Jewel, the official drink of the Belmont Stakes that comes in a commemorative 2016 Belmont Stakes glass; a hot pastrami sandwich served at the Courtyard Grill; and New York-style pizza and a New York hot dog that are available for purchase in the Food Court on the second floor of the Clubhouse.

General admission at Churchill Downs is $5 on Saturday, box seats start at $10 and dining packages start at $47. Reserved seating is available at www.churchilldowns.com/tickets. 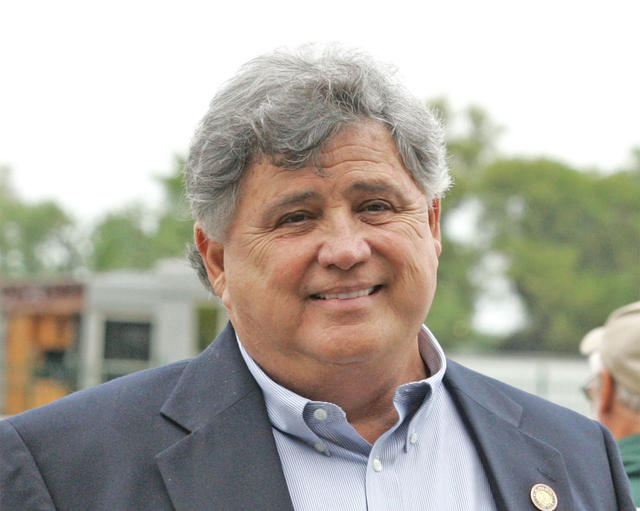