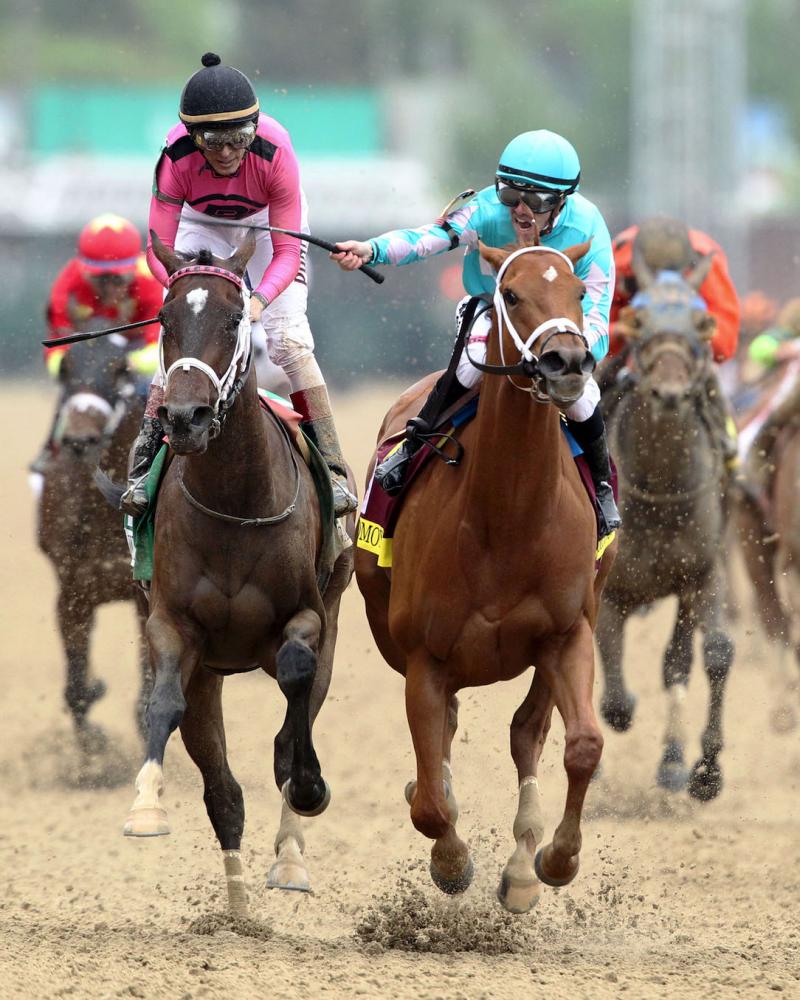 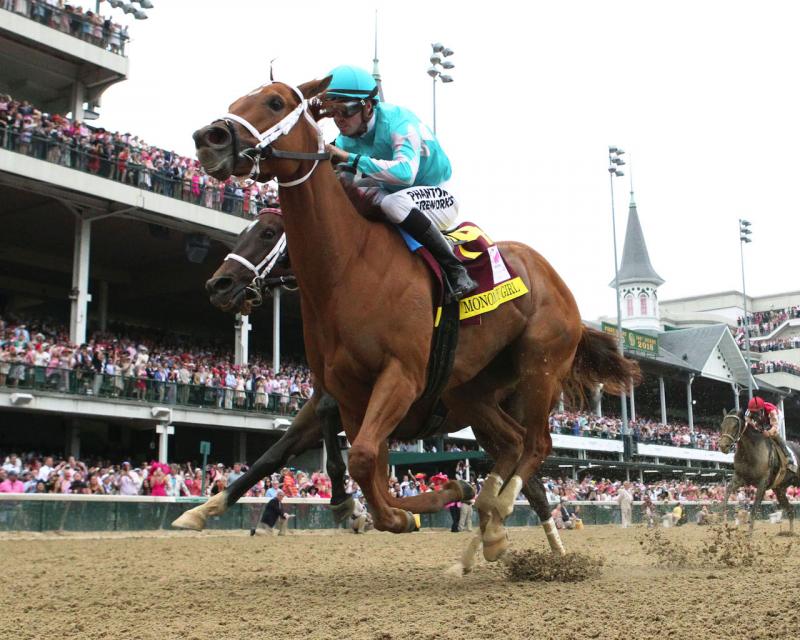 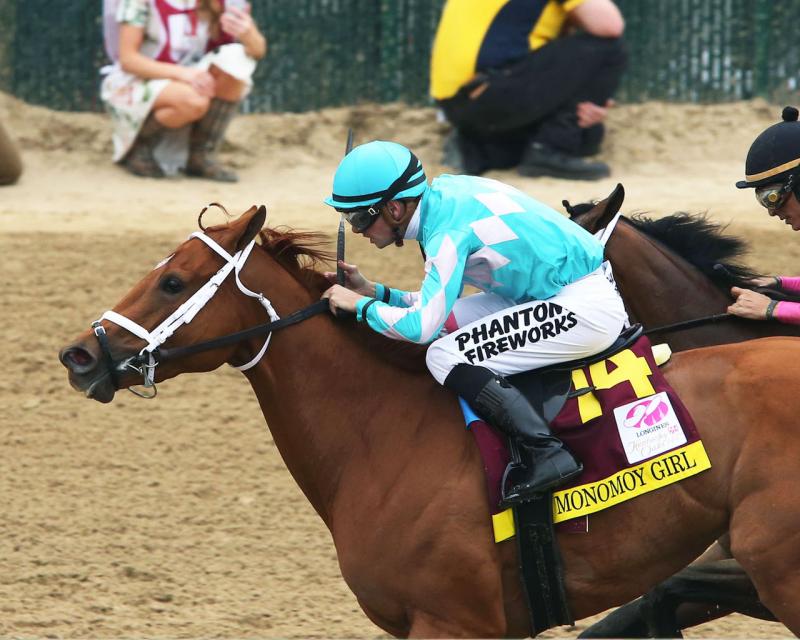 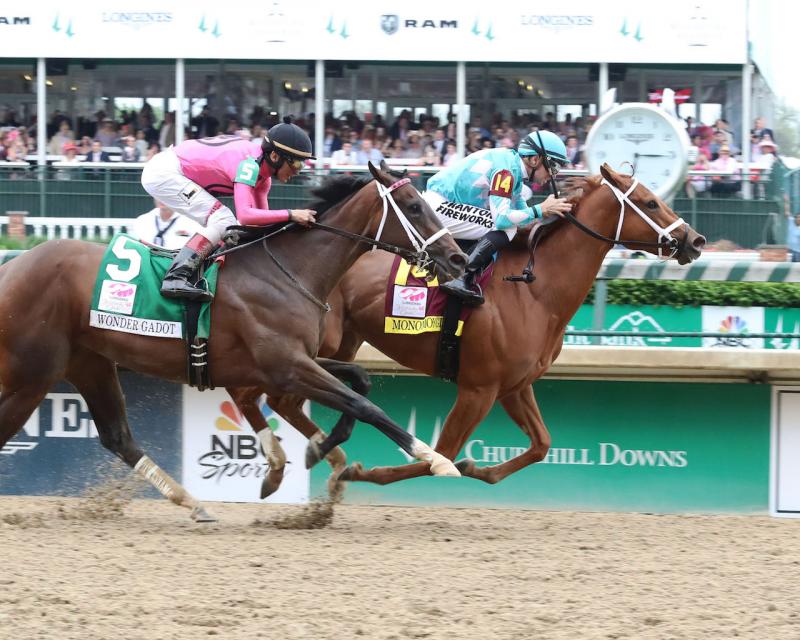 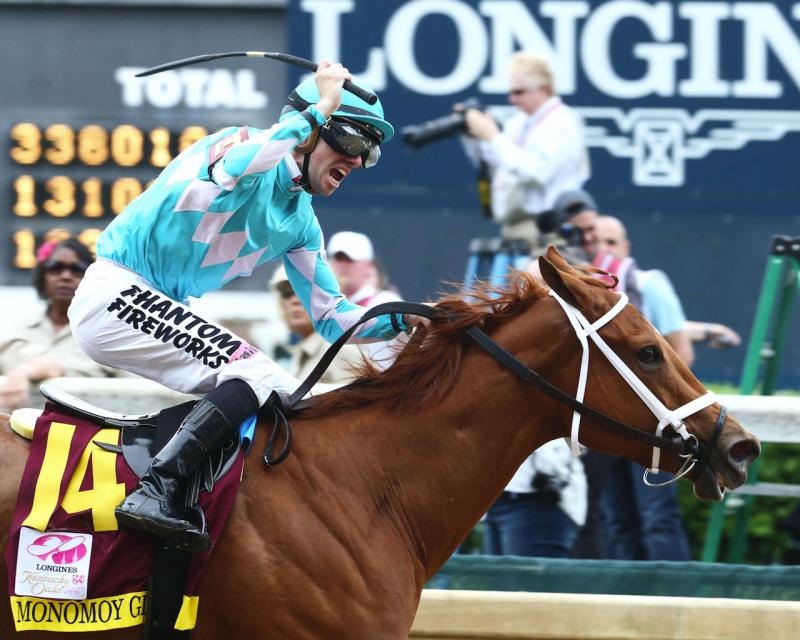 LOUISVILLE, Ky. (Friday, May 4, 2018) – Michael Dubb, Monomoy Stables, The Elkstone Group and Bethlehem Stables’ Monomoy Girl outdueled Wonder Gadot by a half-length after a stretch-long duel to win the 144th running of the $1 million Longines Kentucky Oaks (Grade I) for 3-year-old fillies. Before a crowd of 113,510, the fifth largest Oaks Day in history.

Take Charge Paula led the field of 14 under the wire the first time as Geroux angled Monomoy Girl over into the three path going into the first turn from the No. 14 post.

Geroux was content to sit behind Take Charge Paula, who was tracked by Sassy Sienna and Classy Act, before moving to the lead entering the far turn.

At that point, Wonder Gadot and John Velazquez took up the chase and the two fillies hit the top of the stretch as a team and raced that way through the lane before Monomoy Girl edged away in the final strides.

There was some bumping in the stretch and Velazquez lodged an objection that was disallowed by the stewards.

Monomoy Girl is undefeated in three starts in 2018 with victories coming in the Rachel Alexandra (GII) at Fair Grounds and the Ashland (GI) at Keeneland, a victory that gave Cox his first Grade I win. 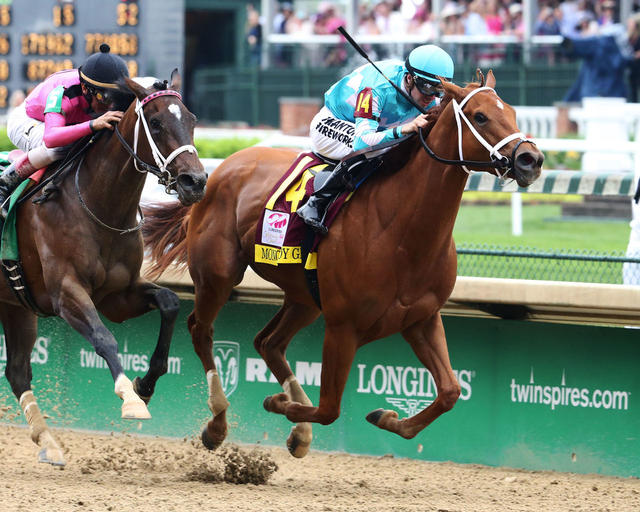