Flurry Racing Stables’ 12-time winner Mr. Misunderstood will defend his title in Saturday’s $175,000 River City (Grade III) at Churchill Downs as he leads a field of 10 older turf specialists in the 42nd running of the 1 1/8-mile grass race.

Trained by Brad Cox, Mr. Misunderstood (25-12-3-3—$813,879) is in search of his first victory of 2019 following near misses in the $99,000 Kentucky Downs Tourist Mile Preview and $100,000 Remington Green Stakes. The classy 5-year-old gelding, named after the hit Eric Church single and album, “Mr. Misunderstood,” sports a stout 5-4-0-1 record over the Matt Winn Turf Course. Four of his eight stakes wins have come at Churchill Downs, including the Jefferson Cup and Commonwealth Turf (GIII) in 2017 and Wise Dan (GII) and River City Handicap (GIII) in 2018.

Mr. Misunderstood will break from post position No. 4 on Saturday with regular pilot Florent Geroux scheduled to ride.

Among Mr. Misunderstood’s rivals in the River City is Amerman Racing’s Admission Office (8-3-3-1—$263,272), who is in search of his first stakes victory after a trio of black-type placings. Trained by Brian Lynch, who won the River City in 2015 with Heart to Heart, Admission Office was the runner-up behind Catholic Boy in Pimlico’s $250,000 Dixie Stakes (GII) and third-place finisher in the $250,000 Wise Dan (GII) at Churchill Downs. Most recently, the 4-year-old colt finished 11th in the $1 million Shadwell Turf Mile (GI) at Keeneland but was only defeated 3 ¼ lengths to Bowies Hero. One of the nation’s leading riders, Jose Ortiz, has the call on Admission Office from post 9.

All horses will carry 121 pounds.

Churchill Downs is scheduled to have a four-day racing week Thursday-Sunday following the cancellation of Wednesday’s 10-race card. First post will be 1 p.m. For more information and to purchase tickets, visit www.churchilldowns.com. 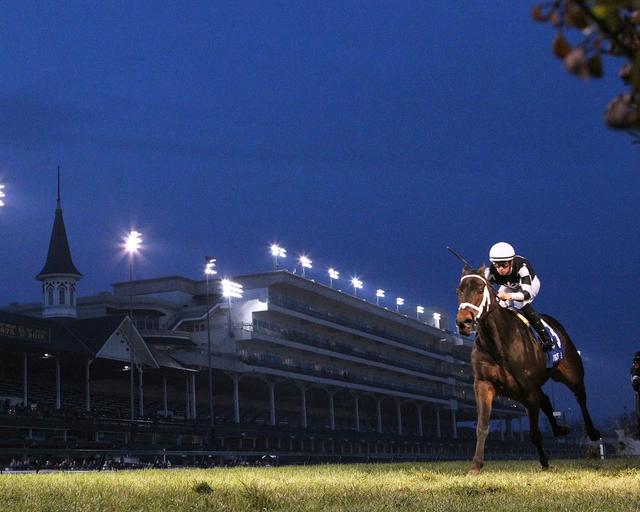