The 1 1/8-mile Stephen Foster is a Breeders’ Cup “Win and You’re In” event for the $6 million Longines Breeders’ Cup Classic (GI). The winner will receive an all entry fees paid berth to the season ending championship event on Nov. 6 at Del Mar.

“We shipped him up from Keeneland last week and worked an easy half-mile (at Churchill Downs),” Walsh said. “He did most of his work at Keeneland prior to the Foster. He’s a fit and happy horse. We’re ready to go and excited to get this race underway.”

Maxfield was on the Road to the Kentucky Derby in 2020 when he cruised to a one-length victory in the $150,000 Matt Winn (GIII). Unfortunately, due to a condylar fracture following a workout at Keeneland, Maxfield went on the sidelines until the fall. Through seven lifetime starts, Maxfield has recorded six victories and boasts earnings of $908,782. The only blemish in his career came in the $400,000 Santa Anita Handicap (GI) where he finished third to Idol.

Among Maxfield’s rivals in the Stephen Foster is Tom Durant’s five-time graded stakes winner Silver Dust. Trained by Bret Calhoun, Silver Dust was the half-length winner of the $150,000 Ben Ali (GIII) at Keeneland. The 7-year-old son of Tapit was attempting to prep for the Foster in the $150,000 Blame at Churchill Downs on May 29 but was scratched after acting up in the starting gate. Since the Blame, Silver Dust returned to the work tab three times for Calhoun. Silver Dust finished third in last year’s Stephen Foster behind Tom’s d’Etat and By My Standards. Jockey Adam Beschizza, who has been aboard Silver Dust for his previous six starts, has the call form post 5.

The Estate of James Coleman Jr.’s Chess Chief finished third to Maxfield in the Alysheba and trainer Dallas Stewart will be hoping for redemption in the Stephen Foster. The four-time winner achieved graded stakes glory in March with a narrow victory over Owendale in the $400,000 New Orleans Classic (GII). Stewart enlisted the riding services of Hall of Famer John Velazquez for the Stephen Foster and the duo will break from the rail.

Tickets are available for Saturday’s closing day program online at www.churchilldowns.com/tickets. Admission gates will open at 11:30 a.m. and “Churchill Downs Today” will air at 11:45 a.m. throughout the racetrack and on www.TwinSpires.com, the official online wagering provider of Churchill Downs Incorporated. 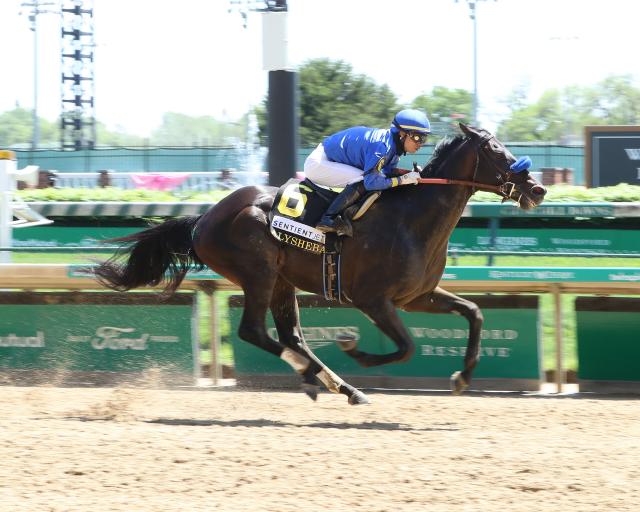