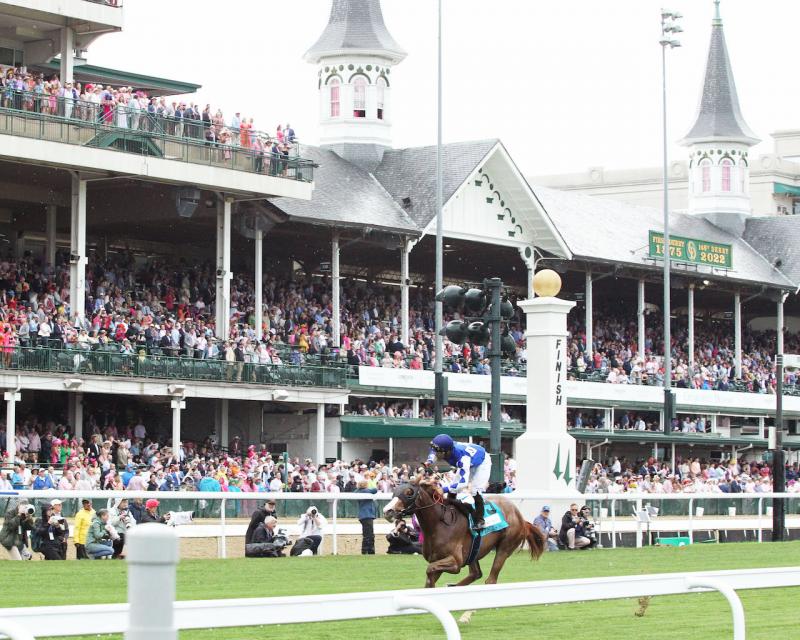 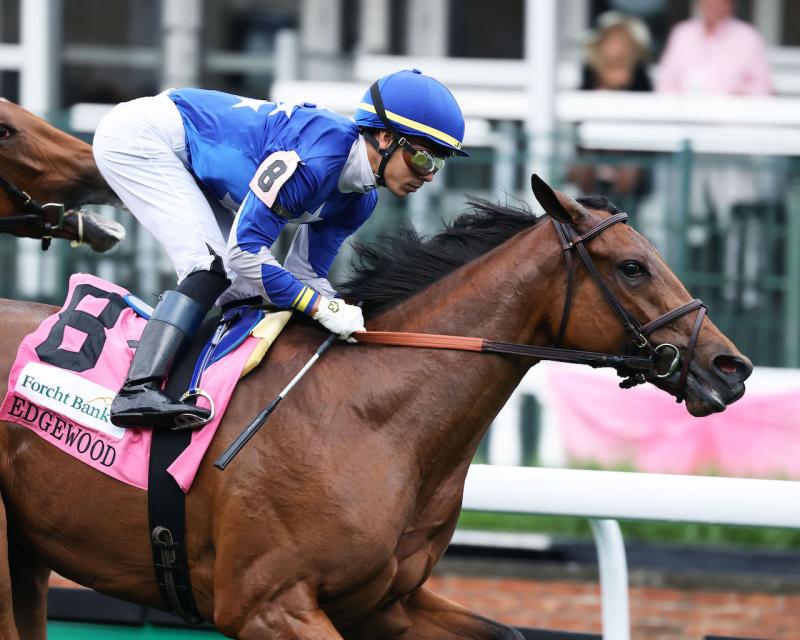 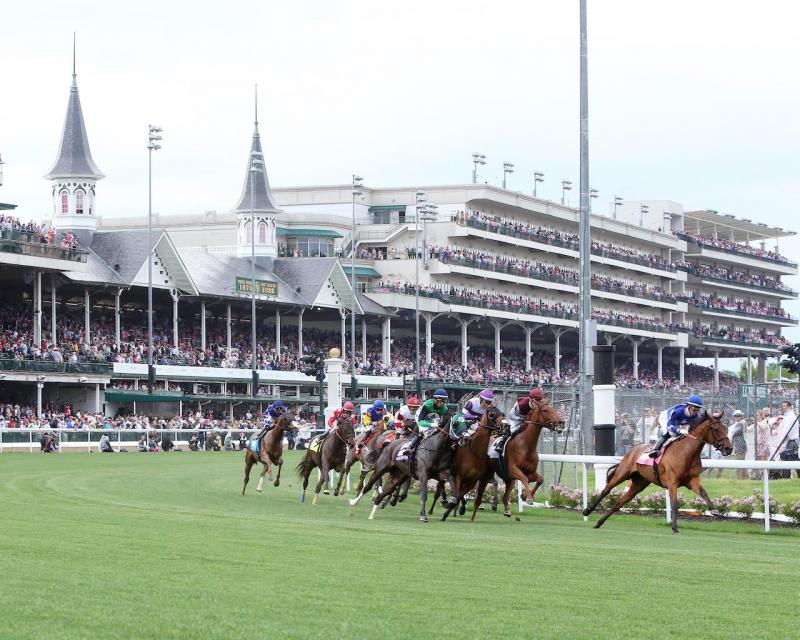 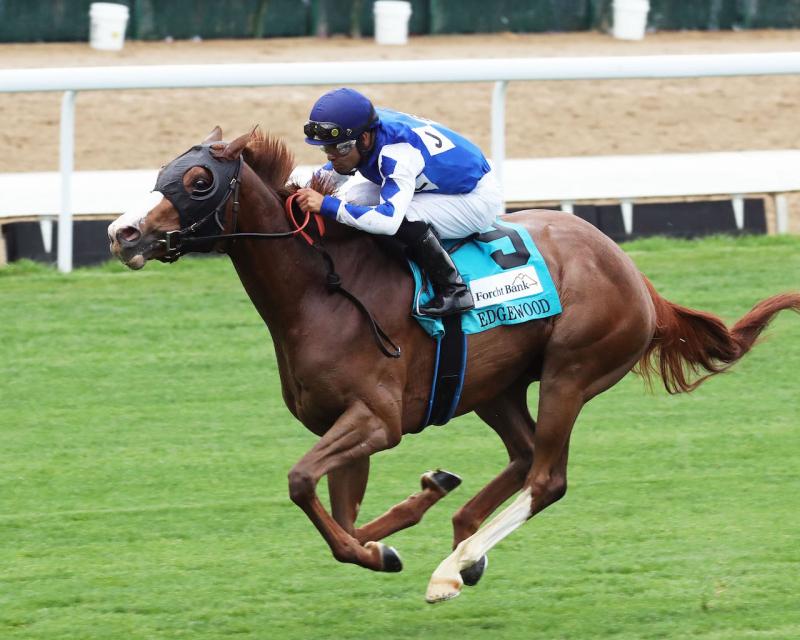 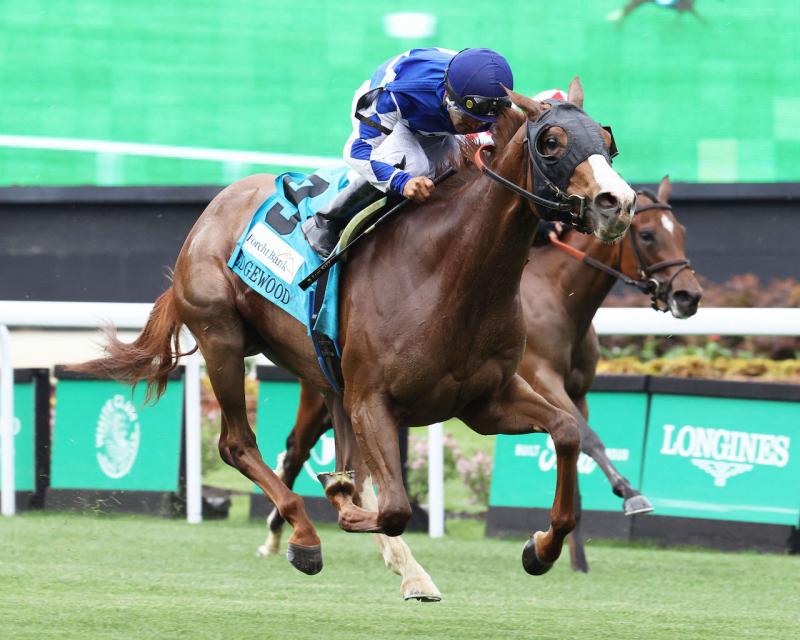 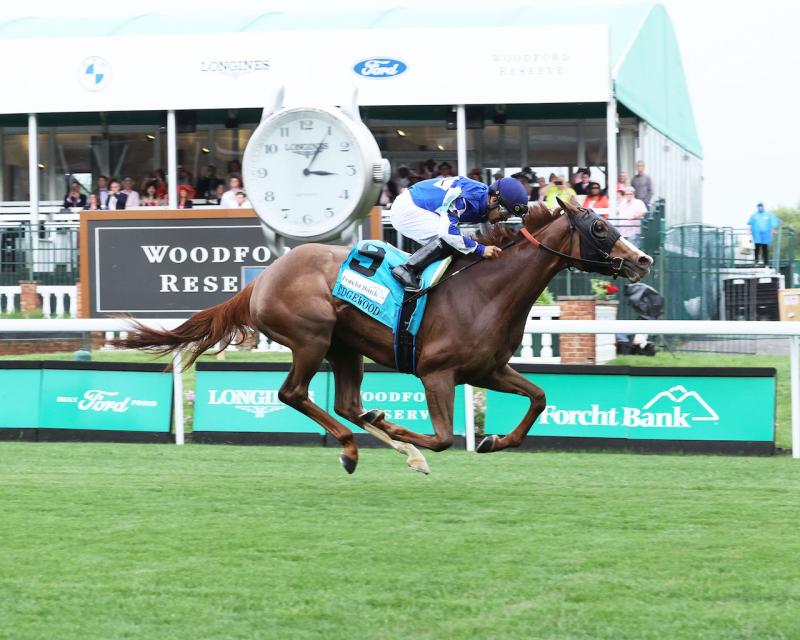 Marc Detampel’s New Year’s Eve popped the cork on a 14-1 upset by circling the field to romp to a 2 3/4-length victory in the 38th running of the $500,000 Edgewood (GII) presented by Forcht Bank for 3-year-old fillies Friday afternoon at Churchill Downs.

Trained by Brendan Walsh and ridden by Luis Saez, New Year’s Eve completed the mile and a sixteenth on a firm Matt Winn Turf Course in 1:43.39.

Going into the far turn, New Year’s Eve began picking off horses and swung four-wide into the stretch that propelled her to the lead at the three-sixteenths pole from where she drew off from the field.

New Year’s Eve is a Kentucky-bred daughter of Kitten’s Joy out of the Elusive Quality mare Awesome Rafaela (BRZ). Now a winner of three of four career starts, New Year’s Eve earned $294,500 for the victory to increase her earnings to $353,600.

Kneesnhips finished fourth and was followed in order by Beechnut Trophy and Dream Lith who dead-heated for fifth, then Tap Dancing Lady, My Philly Twirl, Spicer and An Agent Mistake.

Luis Saez (Jockey, New Year’s Eve, winner) – “She relaxed really well. I was able to save ground around the first turn. I came out a little after a half-mile because I saw horses in front stopping. At the top of the stretch, she was in the clear and boom. She was loving it. I could feel how happy she was.”

Brendan Walsh (Trainer, New Year’s Eve, winner) – “She’s been just a bit slow mentally. But she’s getting it bit by bit. So we gave her some time to figure things out, then we gave her a push. We put blinkers on her for her last two works and she seemed to pick it up a bit. I was quietly confident that she’d be better today. And she was.” 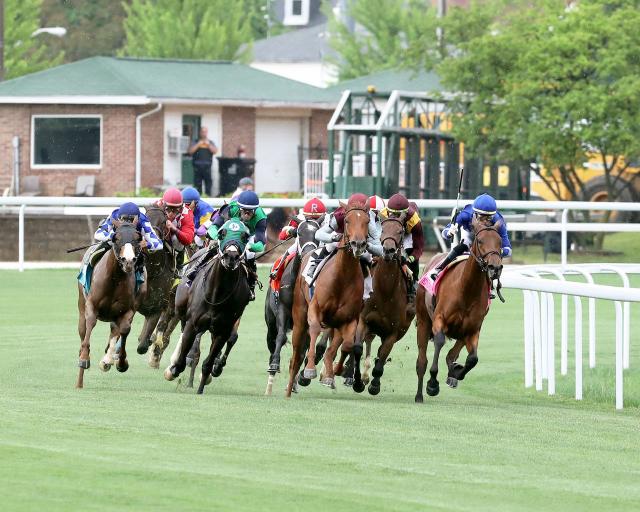