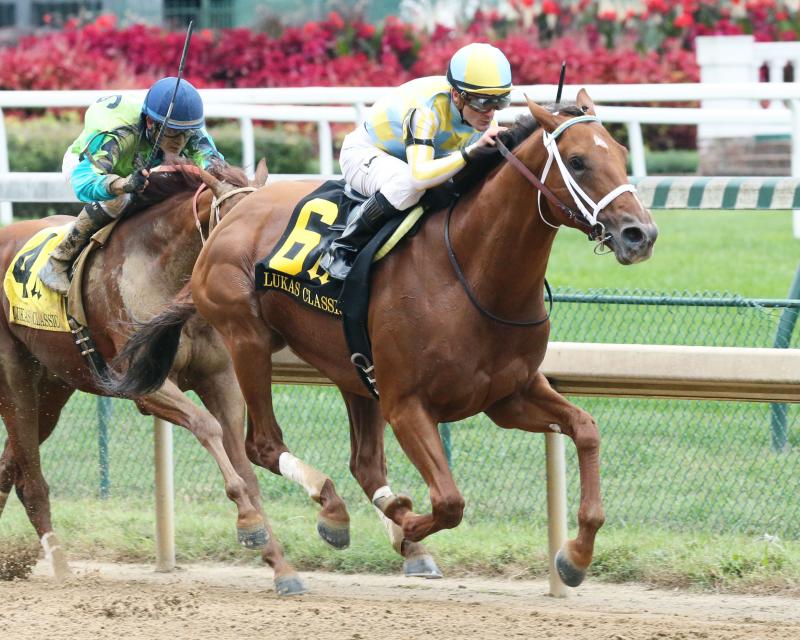 John C. Oxley's Noble Bird led from the start under Julien Leparoux and easily held off the late charge of longshot Hawaakom to win the fourth running of the $175,000 Lukas Classic (LISTED) at Churchill Downs. (Coady Photography, Churchill Downs) 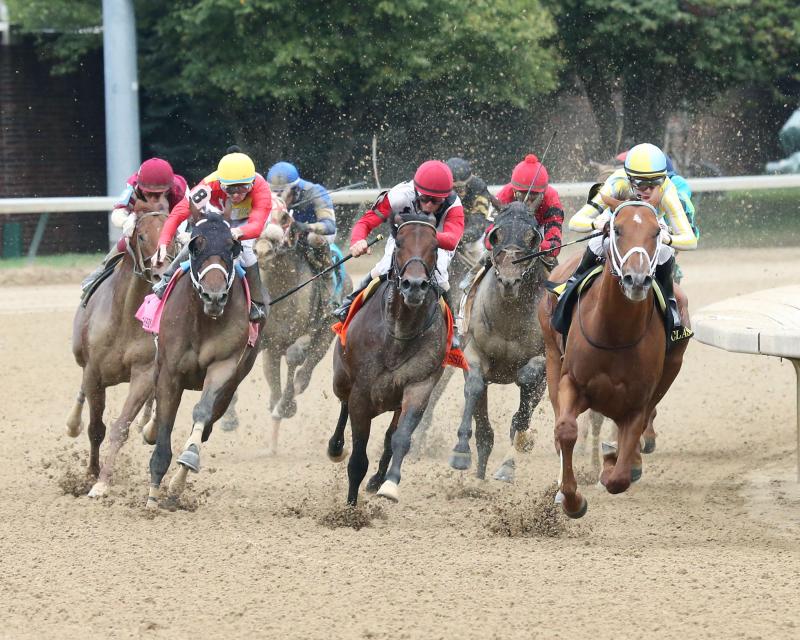 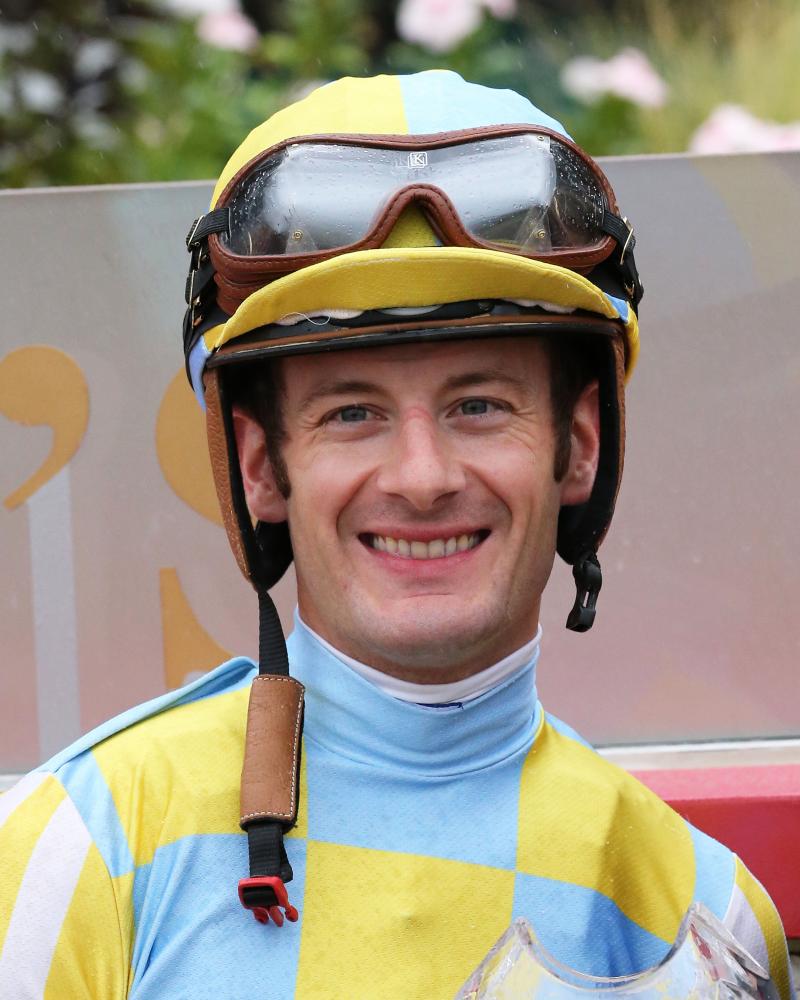 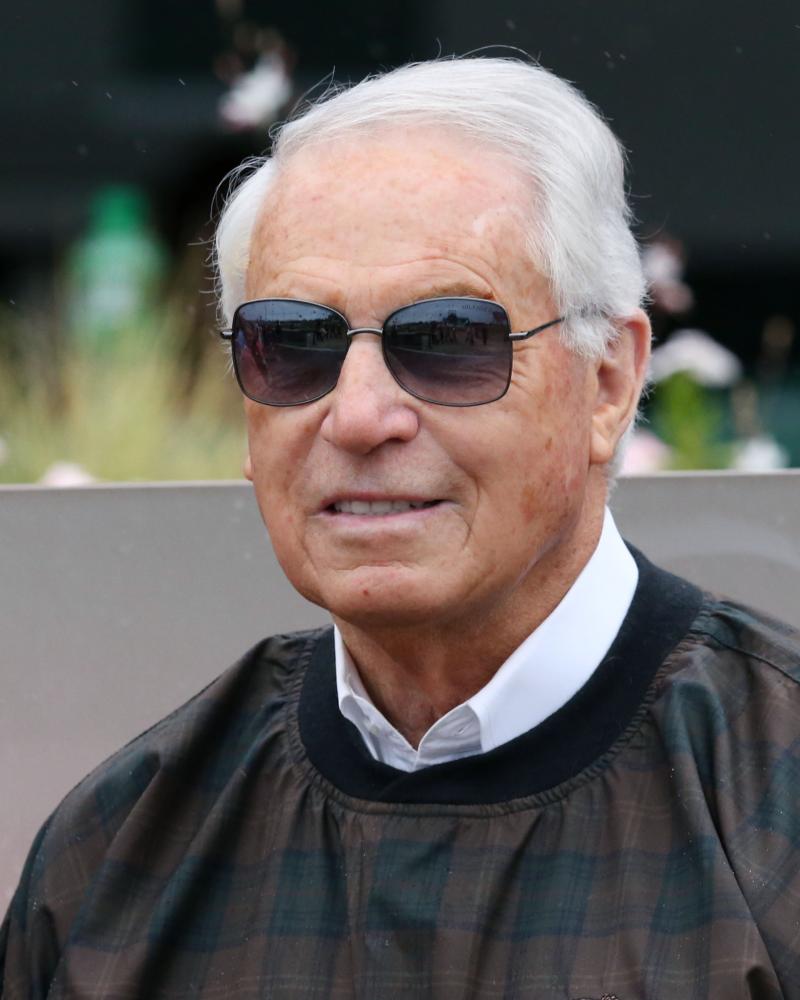 The son of Birdstone covered the 1 1/8 miles in 1:49.03 earning himself his second stakes victory under the Twin Spires. His first triumph came in last year’s edition of the $500,000 Stephen Foster Handicap (Grade I).

Noble Bird broke on top leading a slow first quarter-mile in :24.02, and a half-mile in :48.01, with this year’s Foster ’Cap victor Bradester sitting not too far behind in second. At the top of the stretch Bradester loomed dangerously and made a bid in the late stages, but Noble Bird was able to keep him at bay and held off a late charge from eventual runner-up Hawaakom to take the Lukas Classic by 1 ½ lengths. Bradester faded to third.

Noble Bird, a chestnut horse born on April 6, 2011, is a son of Birdstone out of the Tiznow mare Anyhow and was bred in Kentucky by Jack Swain.

Earlier on the card, L.T.B. Inc. and Hillerich Racing LLC’s One Mean Man prevailed in the 40th running of the $100,000 Jefferson Cup (listed) for 3-year-olds, which was taken off the turf and run over dirt because of inclement weather.

Ridden by Robby Albarado and trained by Bernie Flint, One Mean Man stalked the early pace and defeated Zapperini by 1 ½ lengths and clocked 1 1/8 miles in 1:50.23. Albarado holds the Jefferson Cup record with five wins in the race.

One Mean Man won for the sixth time in 16 starts and the $62,000 winner’s share jumped the Mizzen Mast colt’s earnings to $418,597. The Jefferson Cup was his second straight stakes victories. Previously, the Kentucky-bred won the $200,000 Mystic Lake Derby at Canterbury Park on Aug. 27.

Racing resumes Sunday at Churchill Downs for closing day of the 11-day September. The first of 10 races is 12:45 p.m. and there’s a $64,595 carryover in the Single 6 Jackpot, which has a mandatory payout because of the meet’s conclusion. The six-race sequence will cover Races 5-10 starting at 2:45 p.m.

DAVID CARROLL, assistant trainer of NOBLE BIRD (winner): “All credit goes to Norman (Casse) and the team up at Saratoga. They sent him in here a few days ago. He’s an old campaigner and was really on his game today. I was just a little concerned leaving the gate. He might have gotten squeezed back a little bit, but he got through and after that he was plain sailing. (Jockey) Julien (Leparoux) knows the horse. This is his home track but we’re delighted with the performance and we’re very happy for (Owner) Mr. (John) Oxley and the whole team.”

JULIEN LEPAROUX, jockey of NOBLE BIRD (winner): “He loves the track; this is his home. (Jockey) Corey (Lanerie) and Bradester out broke us so we were clear. He came over on us a little so it was clear that’s his right to do that. Lucky enough I could find a spot to kind of be in the clear with Noble Bird and he relaxed beautifully on the lead – that’s the key with him.”

MIGUEL MENA, jockey of HAWAAKOM (runner-up): “The horse was doing well he was sitting on a big race. He worked out a nice trip on the inside and he ran hard.” 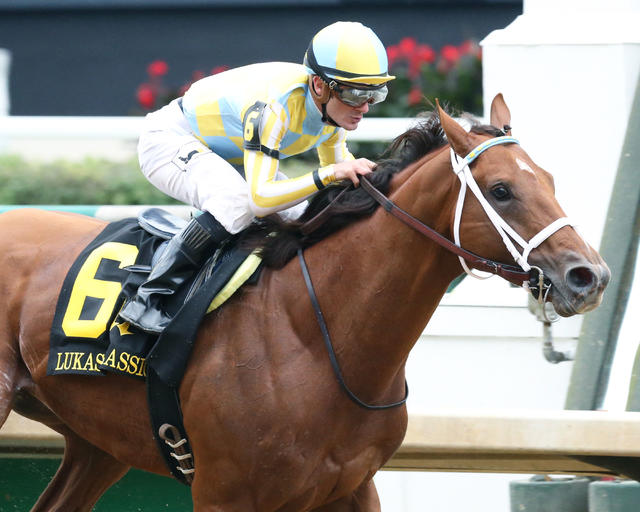