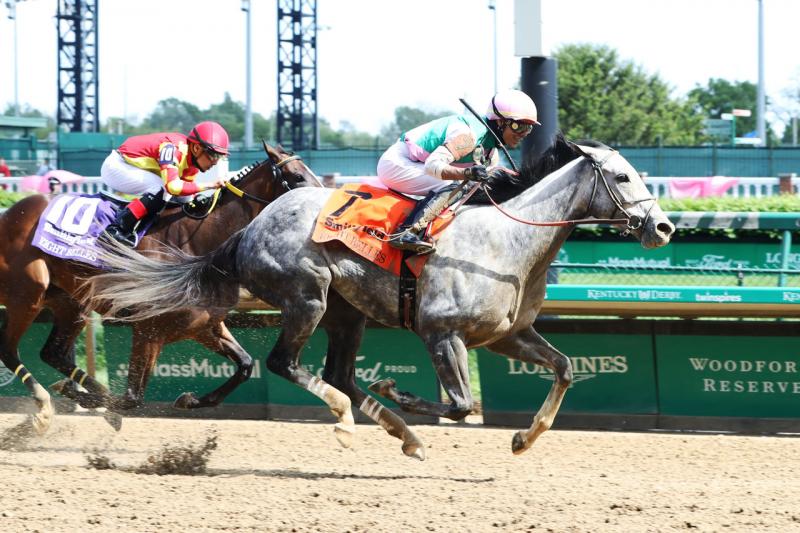 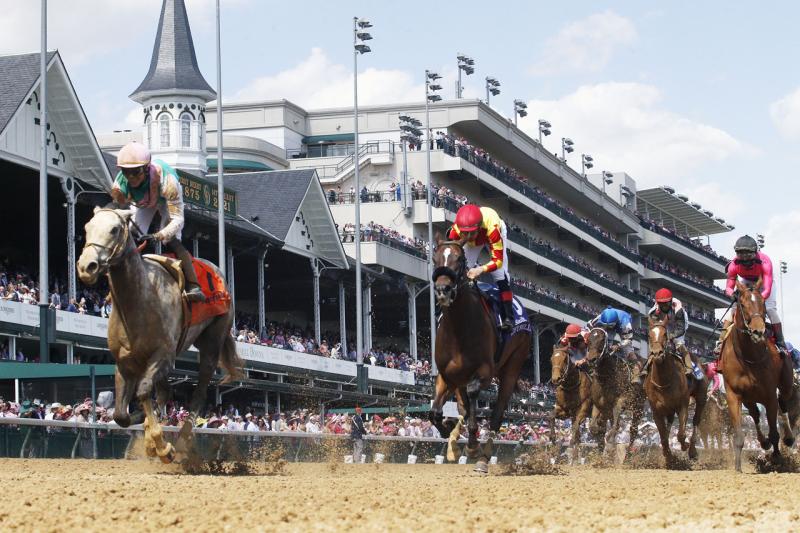 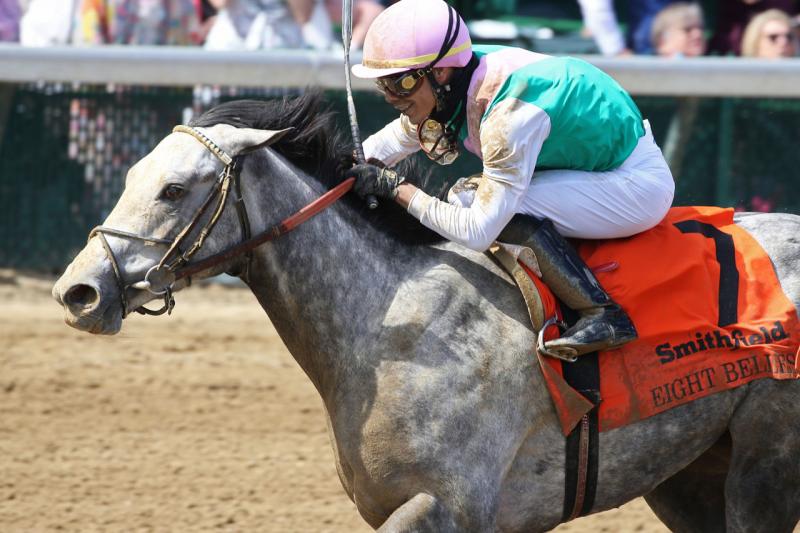 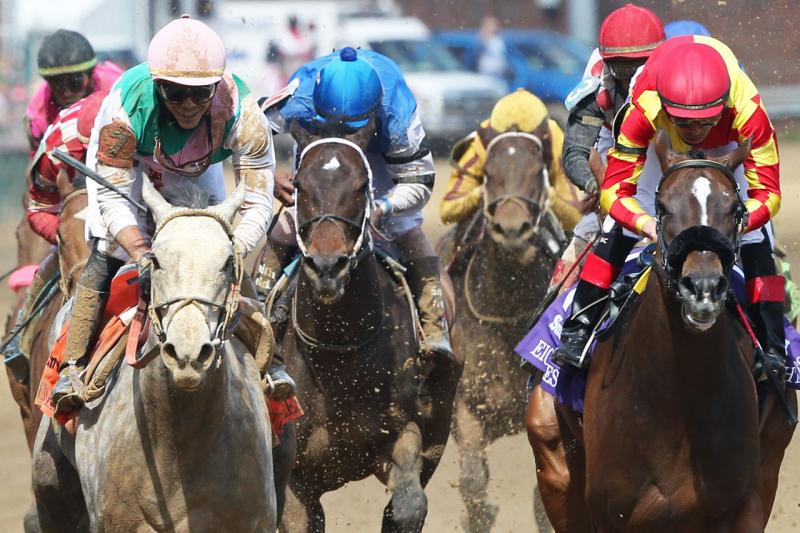 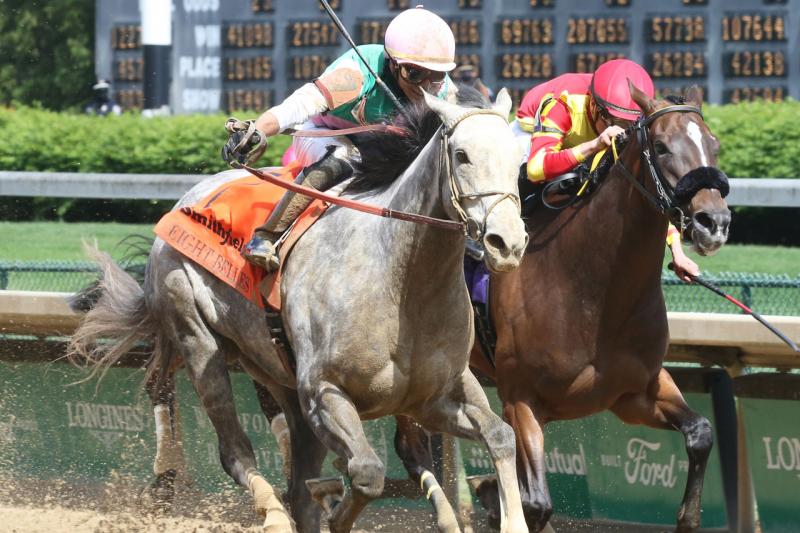 LOUISVILLE, KY (Friday, April 30, 2021) – Juddmonte’s homebred Obligatory rallied from last in the field of 12 to overhaul favored Dayoutoftheoffice in deep stretch by a length to win the 66th running of the $300,000 Eight Belles presented by Smithfield (GII) for 3-year-old fillies.

Trained by Bill Mott and ridden by Jose Ortiz, Obligatory covered the seven furlongs on a fast main track in 1:21.89. It is the third victory in the race for Mott who won in 2016 with Carina Mia and in 1993 with Traverse City.

Euphoric led the field through fractions of :21.89 and :44.46 with Dayoutoftheoffice tracking in third and Obligatory at the back of the pack. On the far turn, Dayoutoftheoffice made a three-wide and grabbed the lead at the head of the lane and quickly opened a daylight advantage.

Meanwhile, Ortiz had angled Obligatory widest of all for clear running room that paid off in deep stretch.

Obligatory returned payoffs of $35, $12.40 and $9.80. Dayoutoftheoffice returned $4.80 and $4 with Gerardo Corrales aboard with Make Mischief finishing third under Tyler Gaffalione and returning $11.60.

Jose Ortiz (Jockey, Obligatory, winner) – “It was just like I planned it. I told (Juddmonte general manager) Garrett (O’Rourke) and (Trainer) Bill (Mott) that there was going to be a lot of speed on the rail on paper. I was going to sit on her and give her one good move. The first part was nice and easy. The second part she came running. According to the numbers and I don’t know numbers, but they said she could win the race and they were right. She’s a filly that is improving a lot.”

Bill Mott (Trainer, Obligatory, winner) – “I think she was a little confused when she ran two turns in New Orleans (Fair Grounds Oaks). She ran a very big effort at Gulfstream, had a little trouble, had to check coming around, you could see visually it was a very good effort. We thought she was good enough to go to the Fair Grounds Oaks, I think she’s good enough, but she’s green and the two turns confused the heck out of her. Maybe we could find out down the road that she’s a better one-turn horse. I think five weeks away, they run the Acorn. I have no reason to believe she can’t get a mile. And sometimes the two-turn deal could be a greenness thing. The pace today turned out good. We both knew there was a tremendous amount of speed in the race. She was able to close into it. She had a good kick. You just hope it didn’t take too much out of her, she got the win and I think she earned a ticket into a good race like the Acorn.”

Gerardo Corrales (Jockey, Dayoutoftheoffice, runner-up) – “She ran her heart out. I thought my filly was in a good position turning for home but could not hold off the winner.” 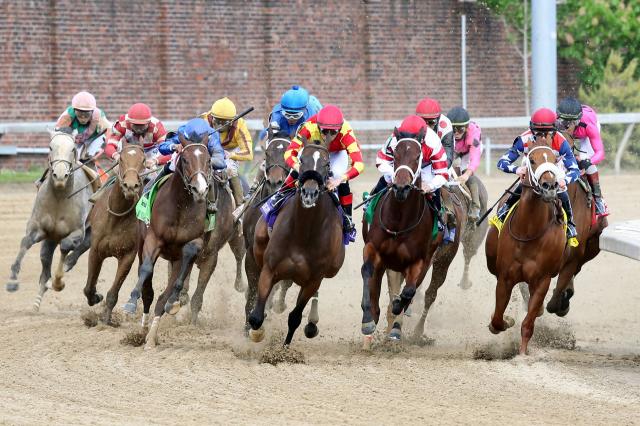