Trained by Bret Calhoun, Mr. Money stormed home to a 5 ¼-length score in the Pat Day Mile at odds of 7-1. The son of Goldencents was Calhoun’s “original Kentucky Derby horse” but found success cutting back in distance following a fifth-place effort in the Louisiana Derby (GII). Calhoun finished 11th in the Derby with By My Standards.

“He was our original Kentucky Derby horse after his 2-year-old year,” Calhoun said. “He trained super into the Pat Day Mile and he’s doing awesome. He’s always done everything the right way when he trains in the morning and shows so much talent every day when he steps on the racetrack.”

Mr. Money drew post No. 6 and will be ridden by regular rider Gabriel Saez.

Tommie Lewis, Steve Crabtree, Dean Demaree, David Bernsen, Jim Chambers and Magdalena Racing’s Signalman will try to revert back to his solid 2-year-old form in the Matt Winn. Trained by Kenny McPeek, Signalman finished ninth in the Preakness in his most recent start.

Signalman was originally targeted to the Kentucky Derby and kick started his campaign in November with a narrow victory in the Kentucky Jockey Club (GII). Following a seventh-place effort in the Fountain of Youth (GII) and a third-place finish in the Blue Grass (GII), he seemingly did not have enough points on the “Road to the Kentucky Derby” to make the field of 20 horses. Brian Hernandez Jr. will have the riding assignment from post 2. 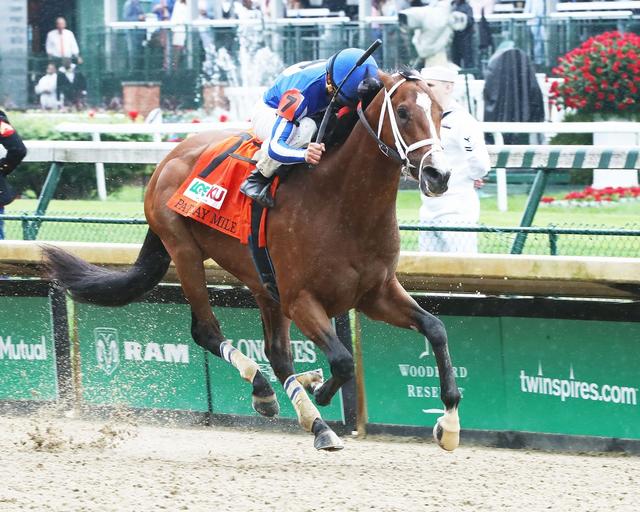