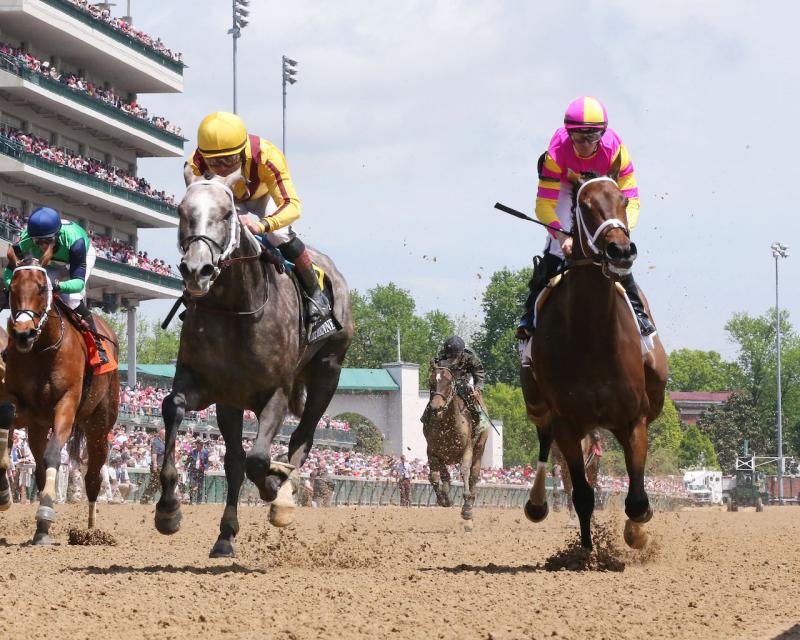 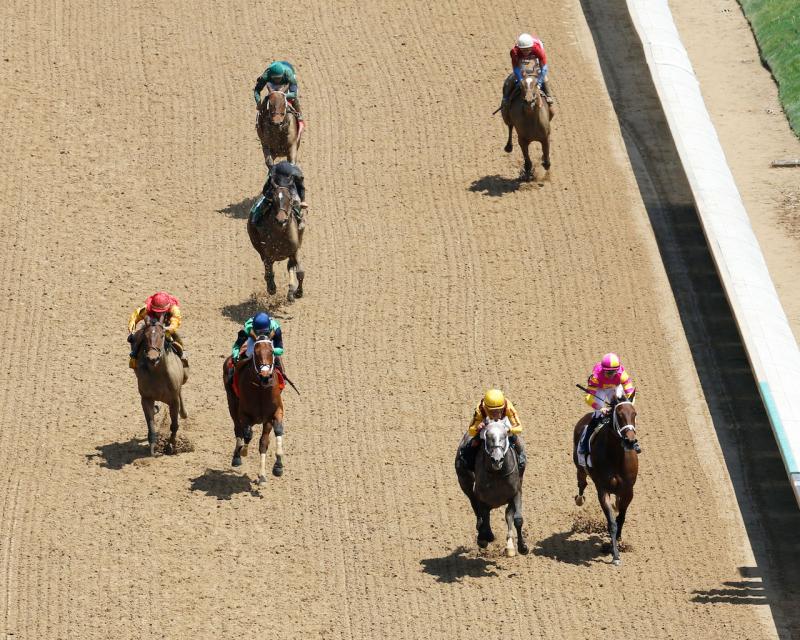 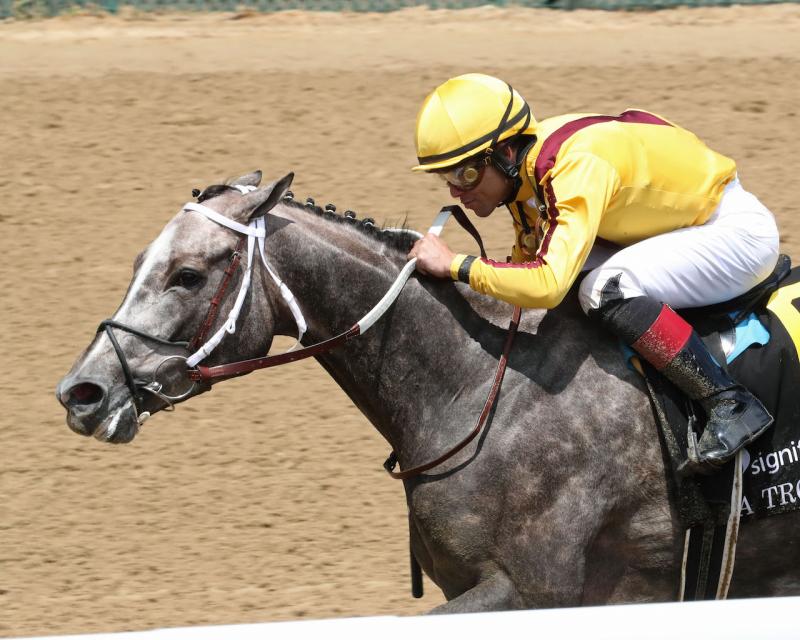 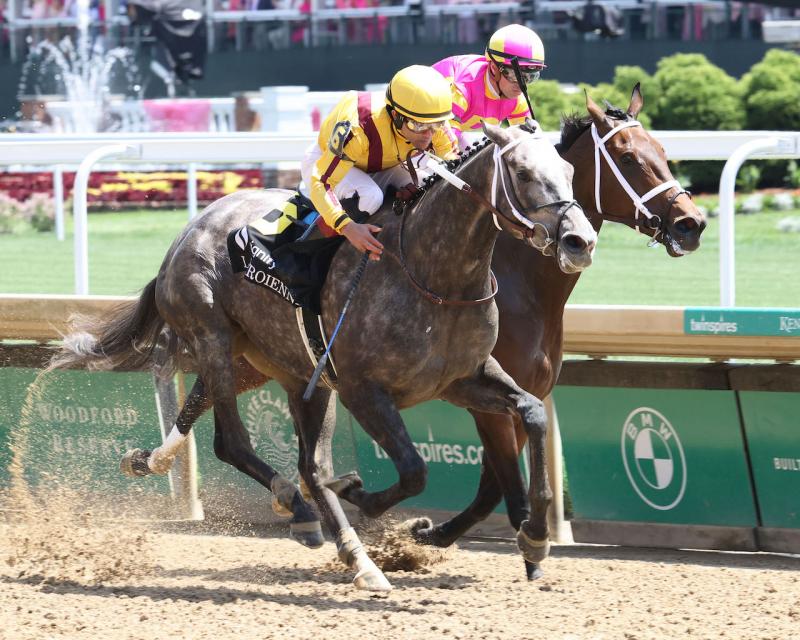 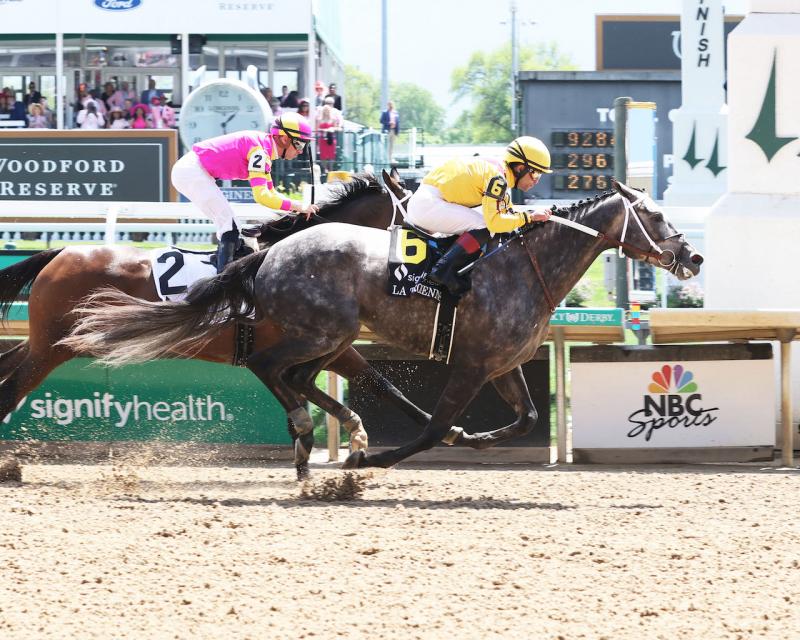 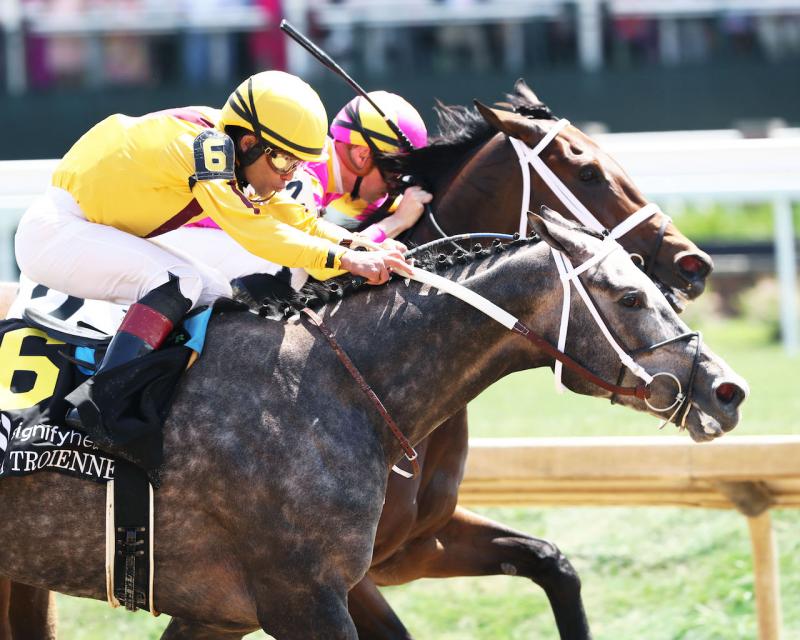 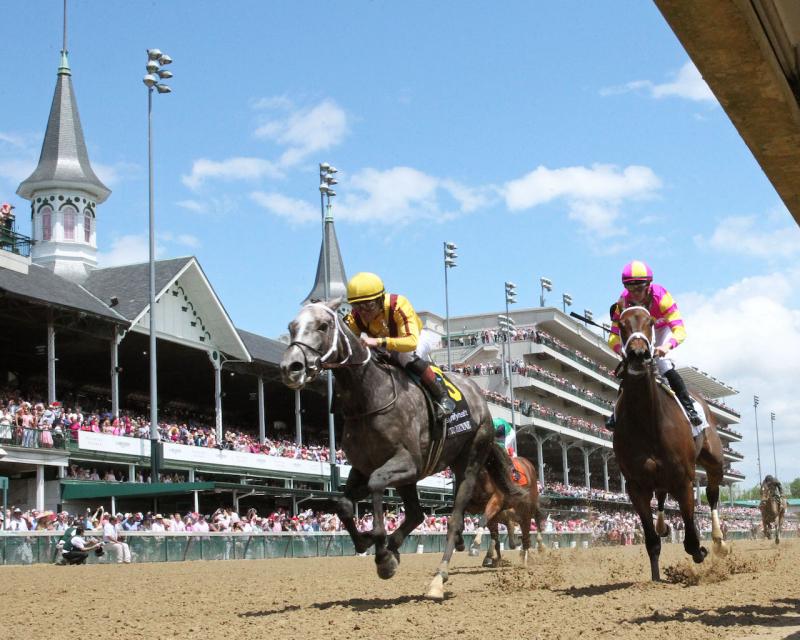 Stonestreet Stables’ Pauline’s Pearl eased past defending champion Shedaresthedevil past the sixteenth pole to win the 37th running of the $750,000 La Troienne (GI) presented by Signify Health for fillies and mares by a half-length Friday afternoon at Churchill Downs.

Trained by Steve Asmussen and ridden by Joel Rosario, Pauline’s Pearl completed the mile and a sixteenth on a fast main track in 1:42.46.

Shedaresthedevil, who was unbeaten in five starts at Churchill Downs, shot to the lead out of the gate under Florent Geroux and led the field of seven through fractions of :24.02, :47.80 and 1:11.78 with Ava’s Grace tracking in second and Pauline’s Pearl just behind the top two while racing three wide.

In the stretch, Shedaresthedevil maintained her inside position while being challenged by Ava’s Grace and Pauline’s Pearl with the latter pushing past just passing the sixteenth pole.

The victory was worth $455,700 to Pauline’s Pearl, a 4-year-old Kentucky-bred daughter of Tapit out of the Dixie Union mare Hot Dixie Chick. In notching her first Grade I victory, Pauline’s Pearl increased her earnings to $1,494,200 with a record of 13-5-4-2.

Battle Bling finished fourth and was followed in order by She’s All Wolfe, Jilted Bride and Temper Time.

Joel Rosario (Jockey, Pauline’s Pearl, winner) – “Steve (trainer Asmussen) told me to watch her at the gate; that she could break slow. But she came out fine and I got a good position. I got pushed out a bit on the turn (for home), but once we straightened out she leveled off. She ran well through the stretch.”

Steve Asmussen (Pauline’s Pearl, winner) – “So many things go into it. She was a nice filly early that continuously competed and got better. She came back a 4-year-old! All four races this year have been tremendous. It is so satisfying for her to come back and get her first Grade 1 on Oaks Day. She did her best last year in the Oaks. You can see the improvement one year has made in her.”

Florent Geroux (Jockey, Shedaresthedevil, second) – “She ran hard. And she was still running at the end. The winner was best today.” 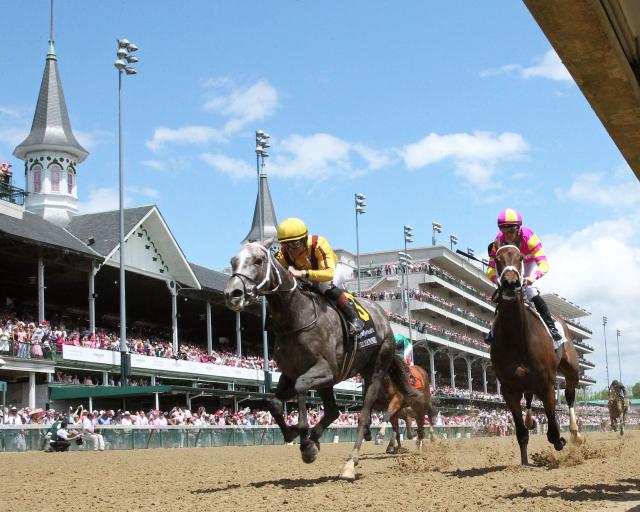