Bettors have a lucrative $166,087 carryover in the Derby City 6 to chase Saturday at Churchill Downs for the 12-race closing day program.

There is a mandatory payout in Saturday’s 20-cent all-stakes Derby City 6, which covers Races 7-12 starting at approximately 3:50 p.m. (all times Eastern) because the Stephen Foster afternoon program doubles as closing day of the 38-day Spring Meet.

All monies will be distributed Saturday to ticket holders with the most winners in the six-race series. Track officials estimate the force-out of Saturday’s total Derby City 6 pool should eclipse $1 million with new money.

The last time the jackpot was paid was 16 race days ago on Saturday, May 29 – Stephen Foster Preview Day – when Churchill Downs had a mandatory force-out of the jackpot with a $150,655 carryover. That day’s pool was $1,236,502 and all-sources handle on the 11-race program eclipsed $14 million.

In addition to the Derby City 6, there is a $14,384 Super Hi 5 carryover in the final race, the Tepin, which also must be paid out to the most winners.

Past performances are available atwww.Brisnet.com or www.ChurchillDowns.com/Handicapping. Fans can wager on the Derby City 6 on track at Churchill Downs; www.TwinSpires.com, the track’s official online wagering platform; other online wagering outlets; and select satellite betting centers throughout North America.

All 12 races on the Stephen Foster card at Churchill Downs are scheduled to be televised on Fox Sports 2 from 12:30-6:30 p.m. as part of the “America’s Day at the Races” coverage. 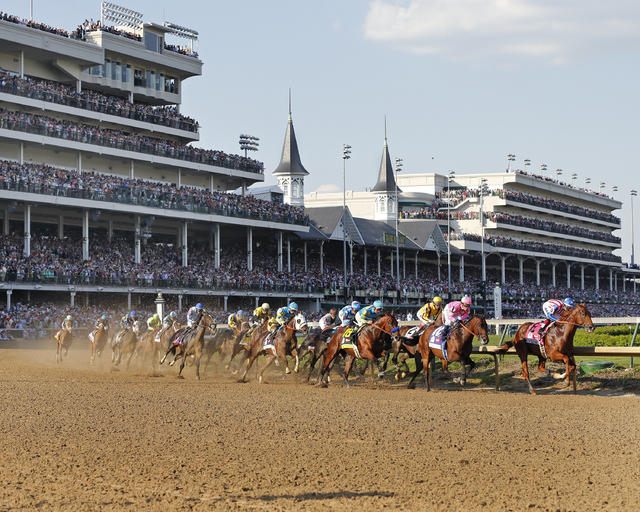