Jockey Tyler Gaffalione returned back to his “new home” in the Churchill Downs jockey colony following his victory aboard War of Will in Saturday’s Preakness Stakes (Grade I) at Pimlico Race Course.

Gaffalione, a 24-year-old native of Davie, Fla., was on the Churchill Downs backstretch early Sunday morning to work horses and was named to ride eight races.

“It really hasn’t sunk in yet that we won,” Gaffalione said. “I can’t thank my family enough for all of the years of support they’ve given me. After everything that went on between the Louisiana Derby (GII) mishap and the trouble in the Kentucky Derby (GI), I’m just simply happy for the horse. He deserved it most of all.

“We’re back at our new home (Churchill Downs) and ready to keep the meet rolling.”

Owned by Gary Barber, War of Will is scheduled to arrive at Keeneland on Monday and could run next in the June 8 Belmont Stakes, according to trainer Mark Casse.

“We changed the warm up a little bit to get him to relax in the Preakness and he fired when Tyler asked him to go,” Casse said. “I am extremely proud of his Derby to overcome so much adversity that afternoon and even dating back to the Louisiana Derby mishap. There were some fresh shooters in the Preakness that concerned us a little bit entering the race but he really put his best hoof forward (Saturday).”

War of Will dominated the Lecomte Stakes (GIII) and Risen Star (GII) at Fair Grounds prior to breaking awkwardly in the Twinspires.com Louisiana Derby to finish ninth.

“We really never knew how he’d respond out of the (Louisiana Derby),” Casse said. “He trained super into the Derby and into the Preakness.”

Fellow locally-based Preakness contender Improbable, who was sent off as the 5-2 post time favorite, was scheduled to return to Churchill Downs on Sunday at 1:30 p.m. ET.

FOLEY ‘ON FIRE’ TO START CHURCHILL DOWNS SPRING MEET – Veteran trainer Greg Foley, who ranks eighth in all-time wins at Churchill Downs with 416, began the 2019 Spring Meet on a tear with six wins and hitting the board with 54% of his starters though the first 13 days of the 38-day season.

“We’ve just been on fire,” said Foley, a second-generation horseman from Oldham County, Ky. “Churchill Downs is our home track. We like to target the Spring and Fall Meets for our horses and it’s been a great start to the meet. It’s just beginning, though.”

Foley learned his craft from of his father, the legendary Dravo Foley, who trained for more than 40 years before he passed away in 2010. The pedigree runs strong in the Foley family as Greg’s son, Travis, works as his assistant and oversees 15 horses at Churchill Downs’ Trackside Louisville and Greg’s sister, Vickie, trains at Churchill Downs.

“Travis got off to a good start with his horses he has at Trackside,” Foley said. “He had one winner who was under his care over there. We’ve been very lucky to have some nice horses and great owners.”

Foley began Sunday’s 10-race program tied for third with Eddie Kenneally in the trainer standings. Hall of Fame trainer Steve Asmussen had the lead with 10 wins and was followed by Mike Maker with seven.

The half-mile breeze was Mr. Misunderstood’s fourth published workout since he received a freshening after his victory in the Nov. 17 River City Handicap (GIII) at Churchill Downs. Trainer Brad Cox opted to give the son of Archarcharch the winter off but he could return in the $250,000 Wise Dan (GII) on the June 15 undercard of the $600,000 Stephen Foster presented by GE Appliances (GII).

Also on the Sunday work tab for Cox was Longines Churchill Distaff Turf Mile (GII) winner Beau Recall (IRE), who breezed a half-mile in :48.20 outside of stablemate Gaining (GB), who was a Group III winner in France.

Entries for Saturday’s card will be drawn Wednesday.

DOWN THE STRETCH – A trio of carryovers headline the Sunday program at Churchill Downs: 20-cent Single 6 Jackpot $281,981 (Races 6-10); 50-cent Pick 5 $18,915 (Races 5-10); and $1 Super Hi-5 $1,136. … Thursday will begin a five-day race week at Churchill Downs with a first post of 5 p.m. for Twilight Thursday. The night features eight races along with $1 beer, food trucks, lawn games and live music from Joslyn and The Sweet Compression. Friday-Monday racing at Churchill Downs will have a first post of 12:45 p.m. Monday doubles as Military Appreciation Day in honor of Memorial Day. All active and retired military members will receive free general admission with a valid military I.D. Military members can also purchase a discounted ticket to Millionaires Row for $29 by calling the group sales department at (502) 636-4450. 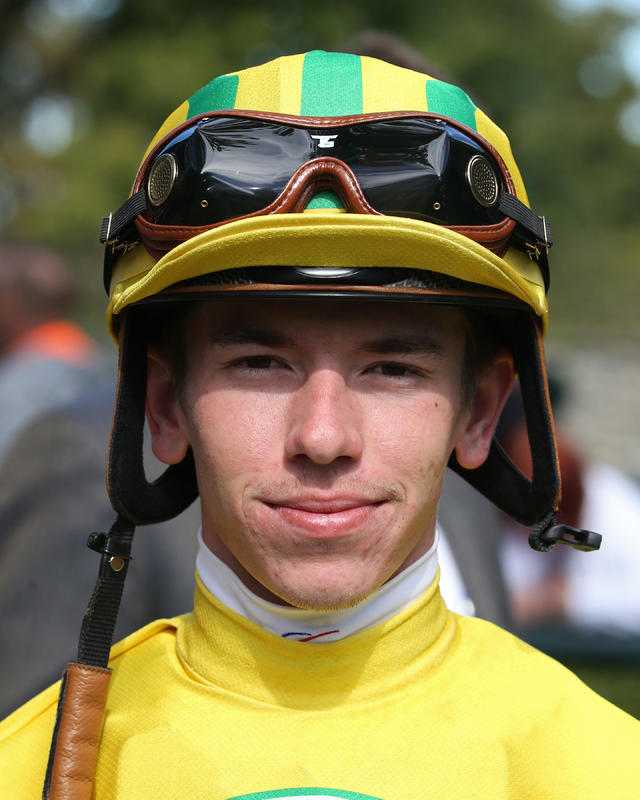