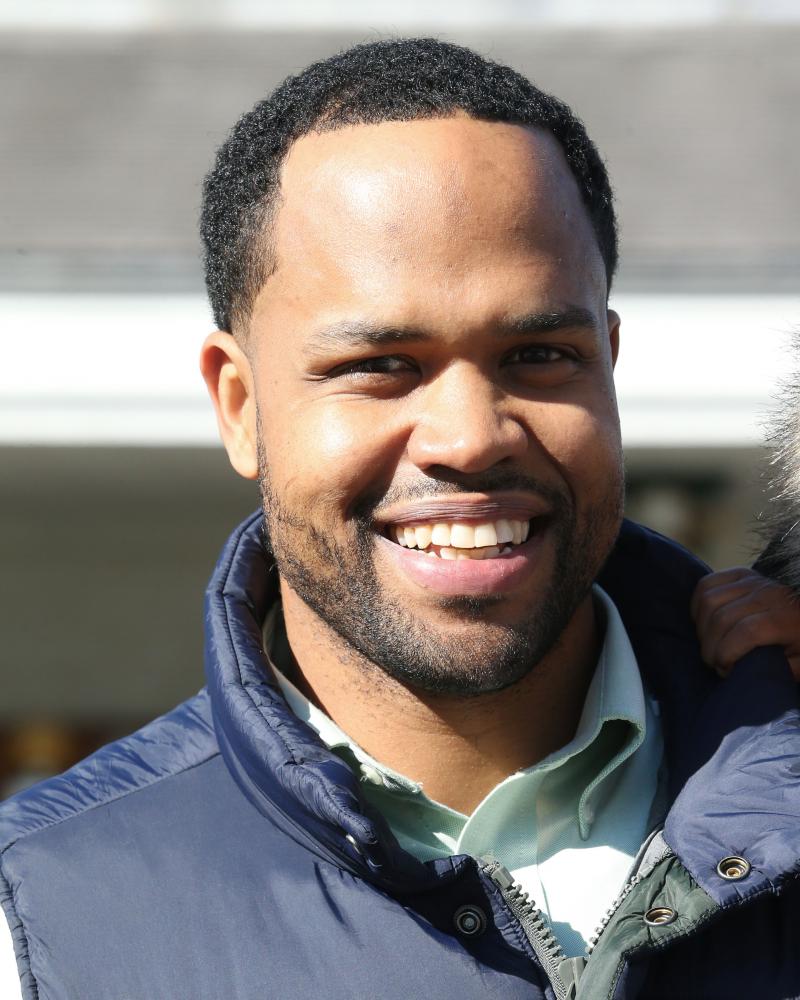 Mark Simms, assistant trainer to Churchill Downs’ co-all-time leading trainer Dale Romans, has a different perspective on Veteran’s Day after serving more than five years as an Officer in the United States Army.

“I actually really wanted to be a trainer before I went to college,” Simms said. “I received my trainer’s license at a young age and horse racing has always been in my blood.”

Simms spent most of his childhood in North Dakota but moved to Virginia for high school and college.

“I had a lot of opportunities for a football or track scholarship but I joined the ROTC in high school when we moved to Virginia. When I was talking with different colleges, Virginia State University offered me a full-ride scholarship to go to school and join their ROTC program. My mom told me right away, ‘You’re going there.’

“I grew up in a horse racing family. My father and grandfather were both into horses. My dad, who was also in the Army, would always say I walked into a horse barn when I was born. We traveled a lot with his job but I always found a way to work with horses when I had time off from school.”

Simms graduated from Virginia State University in 2011 with a dual degree in Criminal Justice/Law Enforcement Administration and Animal Sciences.

“In college I was rated the highest out of my classmates so it made me eligible for many of the Army’s Officer positions,” Simms said. “I toyed with the idea of joining the FBI directly out of college but ended up taking a position as a Brigade Assistant Intelligence Operations Officer and traveled to Korea for a year. While I was in Korea I would go to the racetrack in Seoul with many of the Korean soldiers. I would pick out the horses that looked good on the track and they would help translate the program. We had a good system.”

Following Simms’ tour in Korea he was ordered to Fort Knox in Kentucky. While he was stationed in Kentucky, Simms reached out to several trainers, including Romans, for a job working with horses.

“At the time, (Churchill Downs’ Stable Office Administrative Assistant) Tari Hendrickson was working as Dale’s bookkeeper,” Simms said. “She ended up helping me get in with their barn and I would drive out to the farm in Goshen, Ky. from Fort Knox to help out the grooms. I still knew I wanted to get into horse racing but I wanted the opportunity to serve in Afghanistan before the war was over. In 2013 I was deployed to Afghanistan and served as an Intelligence Officer in the 3rd Brigade, 1st Infantry Division.”

Simms returned to Kentucky in June, 2014 and served as a Senior Intelligence Officer until 2016 when he joined GE Appliances’ Junior Officer Leadership Program.

“I have a great job right now,” Simms said. “With working for GE, I don’t have to be in the office until 8 a.m. so I can still come to the barn in the morning. I was able to take out my assistant trainer’s license in Kentucky pretty easy after being a licensed trainer in a different state.

“Dale and his main assistant, Baldemar (Bahena), have taught me so much about horse racing. When I grew up I never dealt with the quality horses they have in their care. I eventually want to go out on my own next year once my program at GE is complete. Dale has been extremely supportive of my career the last five years. He’s taken me to the sale and introduced me to a lot of his clients. I’m so grateful for that and hopefully it helps when I step out on my own.”

Simms is one of several locally-based horsemen who have served in the military including Rick and Jeff Hiles, Gary “Red Dog” Hartlage, Neil Howard, and Will VanMeter.

Military Appreciation Day at Churchill Downs will take place on Saturday, and all United States veterans and active military will receive free general admission with proof of identification. Additionally, men and women who served American in the military can spend a day at the races with family and friends in the track’s Skye Terrace for just $29 per person – a nearly 25-percent discount – by calling (502) 636-4450. The package includes admission, a race day program, Chef’s Table buffet and soft beverages. 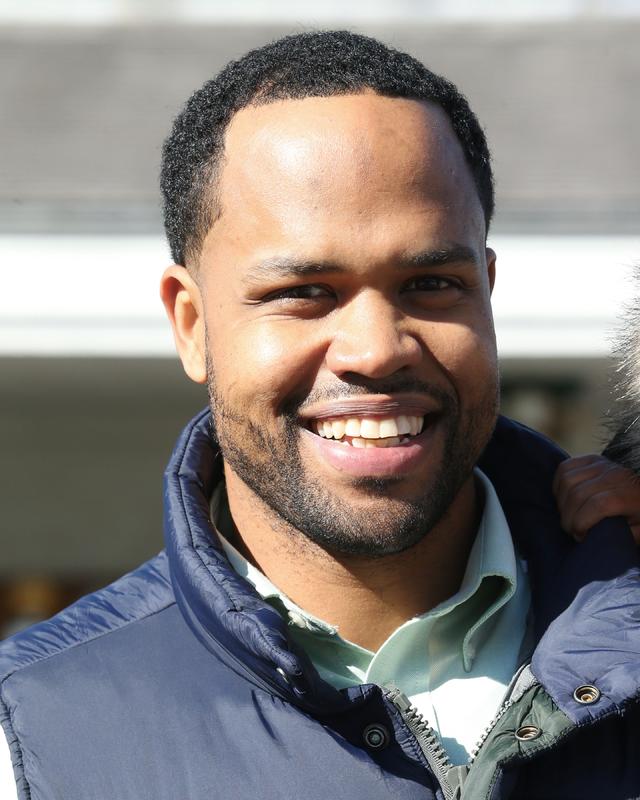