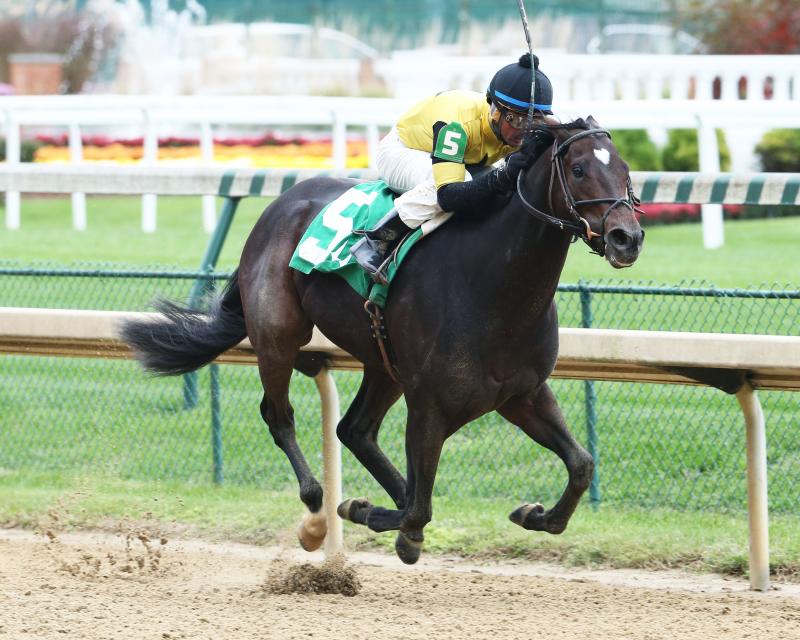 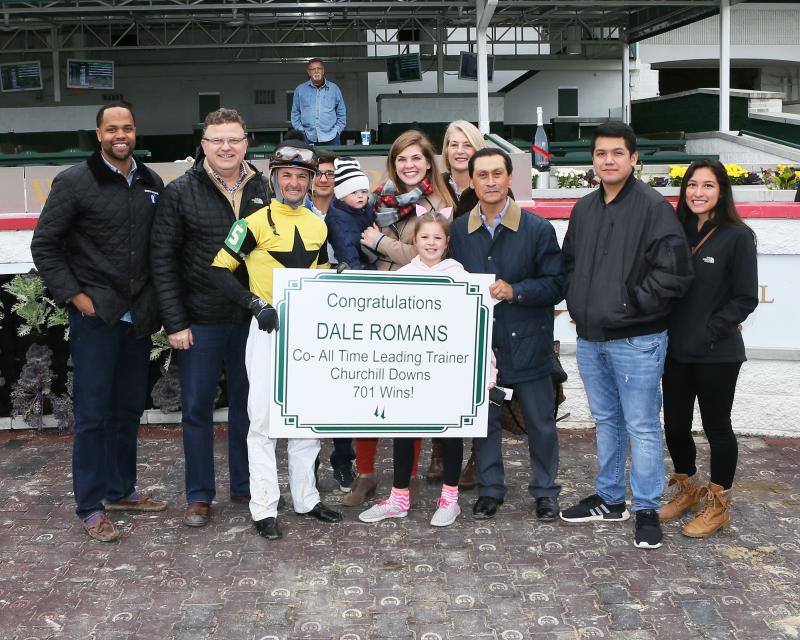 Jockey Robby Albarado and members of trainer Dale Romans' team gathered in the Churchill Downs winner's circle to celebrate the trainer's 701st career victory at the Louisville track. Romans is tied with Bill Mott for career triumphs at the home of the Kentucky Derby. (Coady Photography, Churchill Downs)

South Louisville native Dale Romans tied Hall of Famer Bill Mott as the all-time leading trainer in Churchill Downs history on Sunday when 2-year-old colt Seven Trumpets rolled to a 3 ½-length victory on opening day of the 21-day Fall Meet for win No. 701.

Romans, 51, was not present for the milestone win. Instead, he was in Southern California tending to the training of his horses that will compete in next weekend’s Breeders’ Cup World Championships.

Romans has two other scheduled starters on Sunday’s “Stars of Tomorrow I” card that is exclusively for 2-year-olds: Jan One (Race 5 at 3 p.m.) and Jail House (Race 11 at 6 p.m.).

New York-based Mott, who has continued to have a productive string of horses at Churchill Downs for several years under the care of assistant Kenny McCarthy, has held Churchill Downs’ all-time win record since June 8, 1986 when he surpassed Henry Forrest’s 271-win total.

Romans, born and raised in Louisville and a graduate of Butler High School, grew up on the Churchill Downs backstretch learning his trade from his father, veteran trainer Jerry Romans, who passed away in 2000 – two years after saddling his 211th and final winner at Churchill Downs.

Romans has relied on a veteran team to achieve the prestigious milestone at Churchill Downs, from life partner and exercise rider Tammy Fox to longtime lead assistant Baldemar Bahena to farm general manager and vice president of Romans Racing & Sales Teresa Little to bookkeeper Laura Hernan. But, despite the importance of his entire team, none has been more important than Frank Jones Jr., one of the winningest owners in Churchill Downs history. 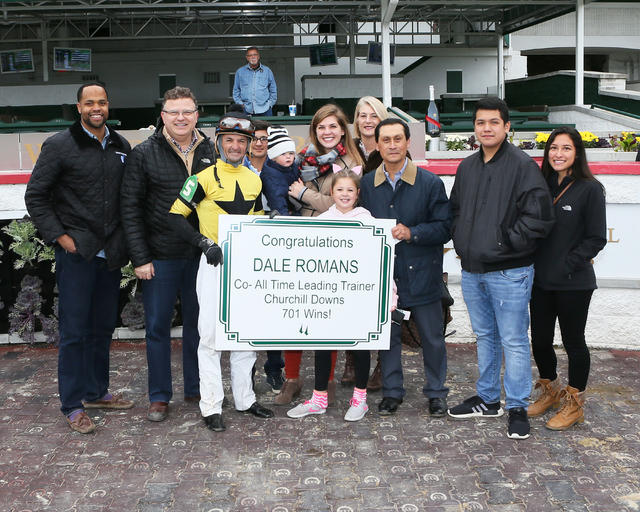