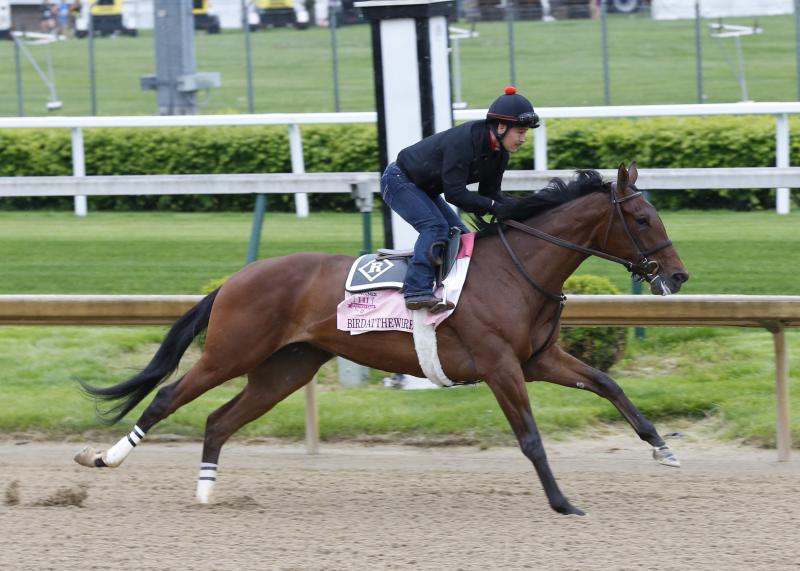 Forum Racing IV's Birdatthewire, winner of the Grade I La Brea at Santa Anita, is the only Grade I winner in the field for Saturday's Chilukki (GII) at Churchill Downs. (Churchill Downs) 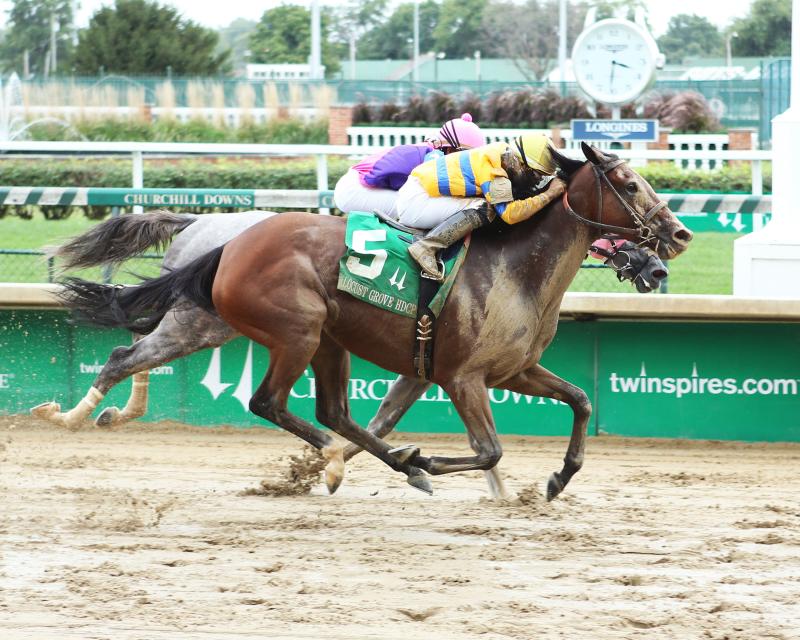 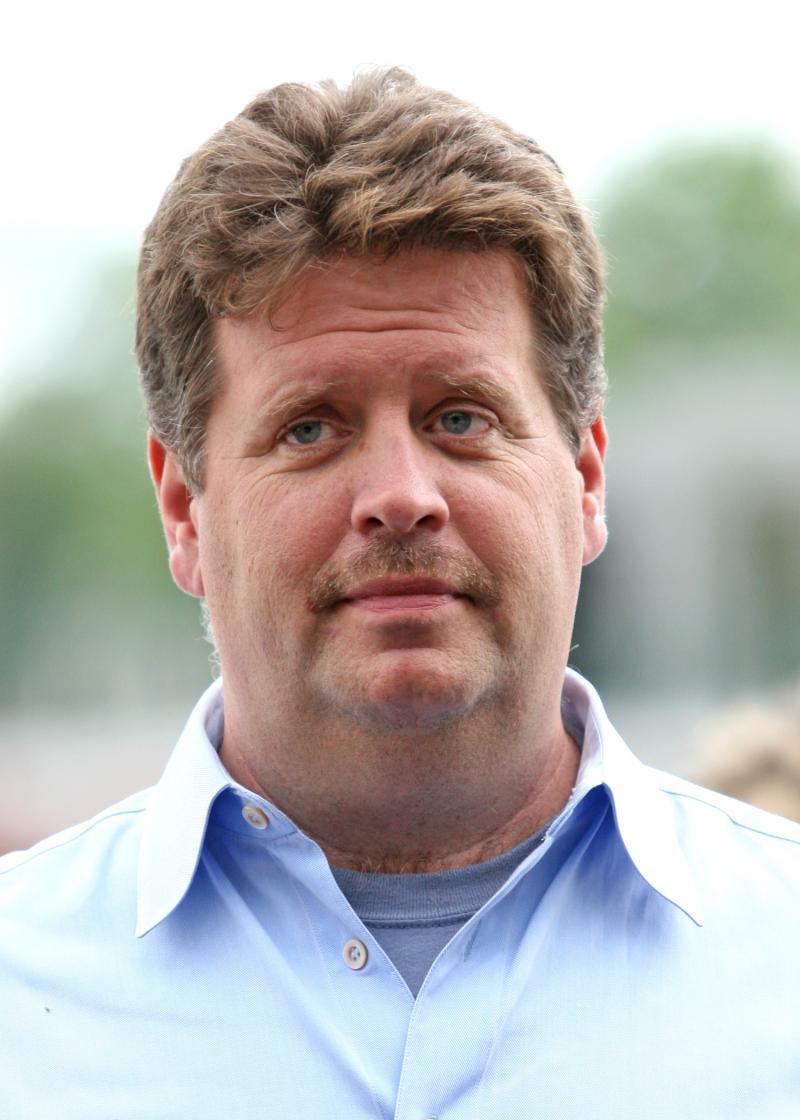 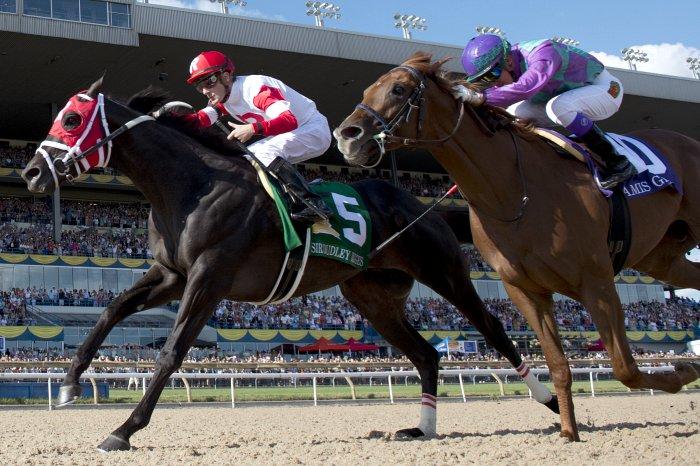 Trainer Dale Romans will be sending out his duo of graded stakes-winning distaffers Engaginglee and Birdatthewire for Saturday’s $200,000 Chilukki (Grade II), a one-mile event for fillies and mares on the Churchill Downs main track.

Owned by Paul Leitchfield and Jack Stewart, Engaginglee enters the Chilukki off a well-beaten fourth behind I’m A Chatterbox in Keeneland’s Spinster (GI) on Oct. 8, but has shown an affinity for the Churchill main track in some of her previous starts and boasts a 7-2-2-2 record over the Louisville oval. Two starts ago the 5-year-old daughter of Fusaichi Pegasus scored her first graded stakes win in the Locust Grove (GIII) during the September Meet. Earlier in the year, she was runner-up beaten 7 ¾ lengths behind Curalina in the La Troienne (GI) on the Kentucky Oaks undercard and ran third in Churchill’s Fleur de Lis Handicap (GII) beaten five lengths by Paid Up Subscriber.

“Well it’s pretty obvious that she likes the track and that always helps when you’re running at Churchill,” Romans said by phone from Santa Anita, where he will saddle Not This Time in Saturday’s $2 million Breeders’ Cup Juvenile (GI). “Hopefully she can step things up and run the way she did here in September.”

The other Romans trainee Birdatthewire is the only one in the field of nine with a Grade I win to her credit. Last year she won Santa Anita’s La Brea (GI) at 10-1 odds, which also was her last trip to the winner’s circle. Some of the Forum Racing IV-owned filly’s efforts this year have taken place against Breeders’ Cup Filly & Mare Sprint (GI) aspirants such as Haveyougoneaway, who she was a close fourth behind in Saratoga’s Ballerina (GI) on Aug. 27, and Spelling Again who she was third beaten 2 ¾ lengths behind in the Princess Rooney (GII) at Gulfstream Park on July 2.

Romans believes that her solid résumé gives her a leg up over the rest of the field.

“She’s a Grade I winner and has run against some good fillies this year so I think that gives her a nice class edge over everyone else in the field,” Romans said. “If she can return to form I think that she’ll be highly competitive.”

Jockey Jose Valdivia, Jr. has the mount aboard Engaginglee while Drayden Van Dyke will ride Birdatthewire.

CHURCHILL HORSEMEN GIVE THEIR BREEDERS’ CUP CLASSIC PICKS – Some of Churchill Downs’ top horsemen gave their expert opinion on who they like in Saturday’s $6 million Breeders’ Cup Classic at Santa Anita. Here’s what they had to say:

Trainer Ron Moquett: “I like California Chrome because of the fact that he’s a true mile-and-a-quarter horse. I don’t know what Arrogate will do when he runs against older horses but we all know what California Chrome can do. First time him stepping up I think he’ll either run really great or he’ll run into a class barrier but I like that horse and I’m very interested to see how the local guys like Dale Romans do in the Juvenile with Not This Time. I think that he’s sitting on a lot of horse.”

Trainer Neil Howard: “It’s a great race like all Breeders’ Cups are but from what I have seen out of California Chrome though, I think he’s hard to go against. At the same time I don’t think it would shock anyone if a horse like Arrogate jumped up. It looks like California Chrome has been training well and he just looks phenomenal the way he’s been winning his races. He looks like he’s been winning with just so much left in the tank.”

Trainer Brad Cox: “I looked at the race a little bit and the Juddmonte horse (Arrogate) is pretty fast. I was taking a glance at his work tab the other day. It looks like it’s between him and Chrome, really. I guess it will have a lot to do with the mile-and-a-quarter and how the track is playing. It normally plays pretty fast out there, but I would say that Chrome is tough to beat. I guess that’s why he’s even money.”

Trainer Chris Richard: “I’m going be original and go with California Chrome. He’s been so dominant all year long. He’s been so versatile at his home course. It’s a lot like what I thought of Nyquist going into the Derby this year. In order to be the best, you have to beat the best. He’s been so good all year long. Everybody’s tried to take their shot at him and they haven’t got it done so I think in the end he’s going to be very difficult to outrun.

Trainer William “Buff” Bradley: “I like that horse of Baffert’s and I think that just going off of his last race he looks like a horse that’s improving and coming around and I think he’ll be ready to go.”

Trainer Dan Peitz: “California Chrome has been so just do damn good all year long I don’t know how you could go against him. I don’t know if I have a reason other than that, he’s been so dominant all year. I feel like he’s going to win it.”

Trainer Chris Hartman: “I love California Chrome. That’s the horse. He’s the best horse in training. If they let him, I think he could win by eight.”

Trainer Steve Hobby: “I’m torn between California Chrome and Arrogate. If he runs the way he did in the Travers I don’t think anybody can beat him, but can he do it again? I don’t know. Chrome has been just so consistent all year long. If you pinned me down I guess I would go with the older horse.”

Trainer Al Stall, Jr.: “I definitely like California Chrome on his home track. They’ve done right by the horse and given him a good break and he’s come back and rewarded them and I just think if he breaks, no one can keep up with him and no one catch him late. Since he’s come back he’s really moved away from them every single time.”

Trainer Randy Morse: “California Chrome is a cinch. He’s head and shoulders better than the rest are and he’s in his backyard.”

Trainer Gary “Red Dog” Hartlage: “I’m going to go with California Chrome and Baffert. His horse is undefeated going around two turns. He won the Travers by a huge margin. I know it’s a long time in between races but it’s about the same time American Pharoah got off before he won last year.”

Trainer Paul McGee: “I’m going to try and beat Chrome because of the price, but I’m not sure who yet. I’ll tell you one thing, I think Masochistic is going to smoke them in the Sprint. He’s a fast horse.”

Trainer Tim Glyshaw: “I don’t know how you could pick against California Chrome. I suppose you could use Baffert’s horse (Arrogate) the way he ran at Saratoga but California Chrome has really proven himself. I’d like to see Mike Maker’s Da Big Hoss do well in the Turf just because he always beats our horse Bullards Alley and it would make us look a lot better, but that’s a tough race too.”

Trainer Eddie Kenneally: “I like California Chrome because he is the best horse in the race and I like Flintshire and Highland Reel in the Turf, in that order.”

The UofL basketball meet-and-greet will take place between 1-3 p.m. in the Plaza.

Family Adventure Day is an affordable day of racing and fun for the entire family with 20 activities for kids under 12, including a petting zoo, miniature pony rides, rock wall climbing, video game truck, inflatables and face painting. Activities takes place on the Grandstand Terrace and in the Plaza near Gate 1.

Tickets for activities between 11:30 a.m. and 5 p.m. are $8 in advance at www.ChurchillDowns.com or $10 at the gate (children 2 and under are free), and $1 of every ticket purchased benefits Kosair Children’s Hospital through the Children’s Hospital Foundation.

DOWN THE STRETCH – Churchill Downs will have special 2:15 p.m. first race on Saturday so the races coincide but don’t overlap with a simulcast of the Breeders’ Cup World Championships from Santa Anita. Admission gates will open at 12:30 p.m. Churchill Downs will show the 33rd Breeders’ Cup World Championships (3:05-8:35 p.m.) on its massive Big Board between lives races. General admission is $5. … The field for next Saturday’s $100,000 Commonwealth Turf (GIII) is beginning to take shape. Probable starters for the one-mile event for 3-year-olds on the Matt Winn Turf Course according to stakes coordinator Dan Bork: Discreetness, One Mean Man, Sir Dudley Digges, Surgical Strike and Zapperini. 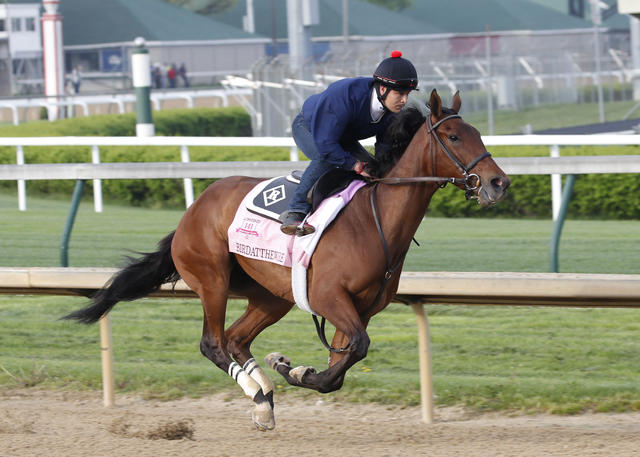