Rushie Much The Best In Wins Pat Day Mile 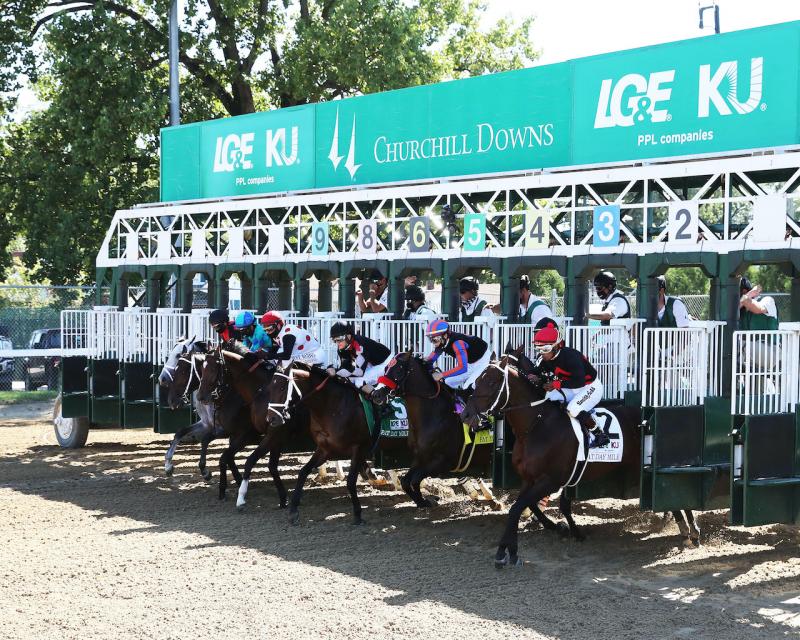 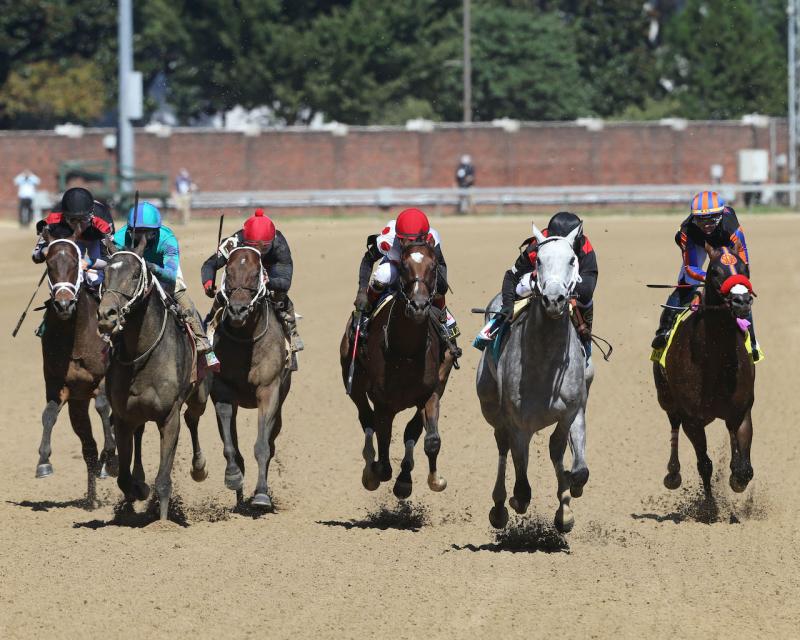 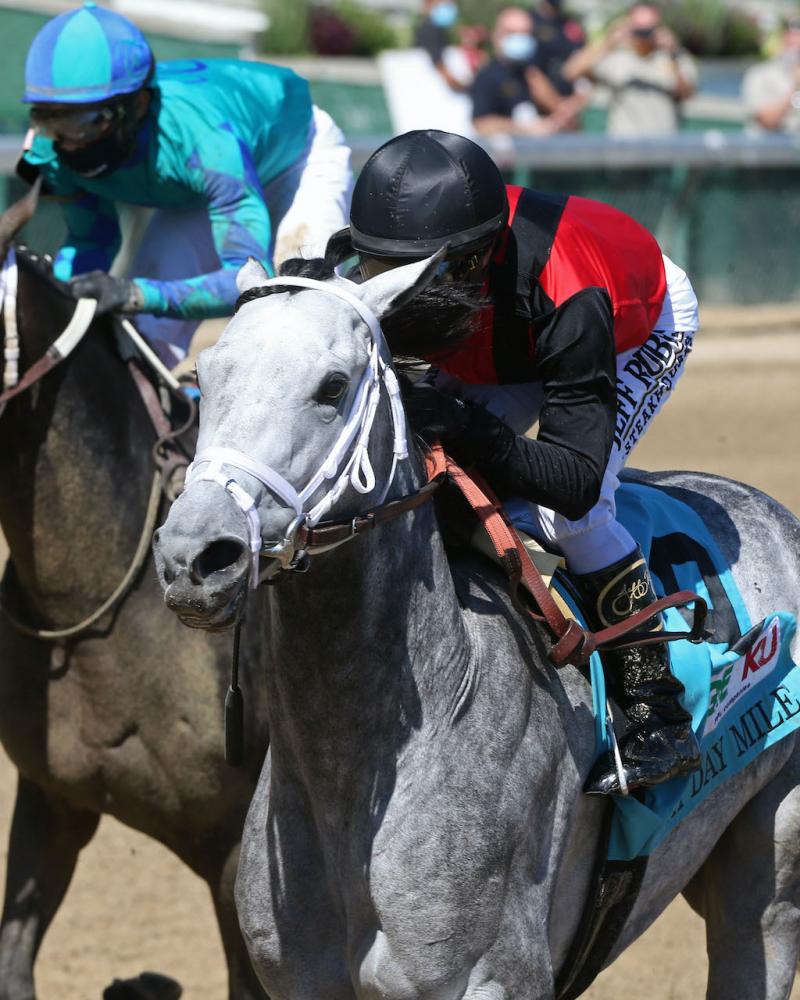 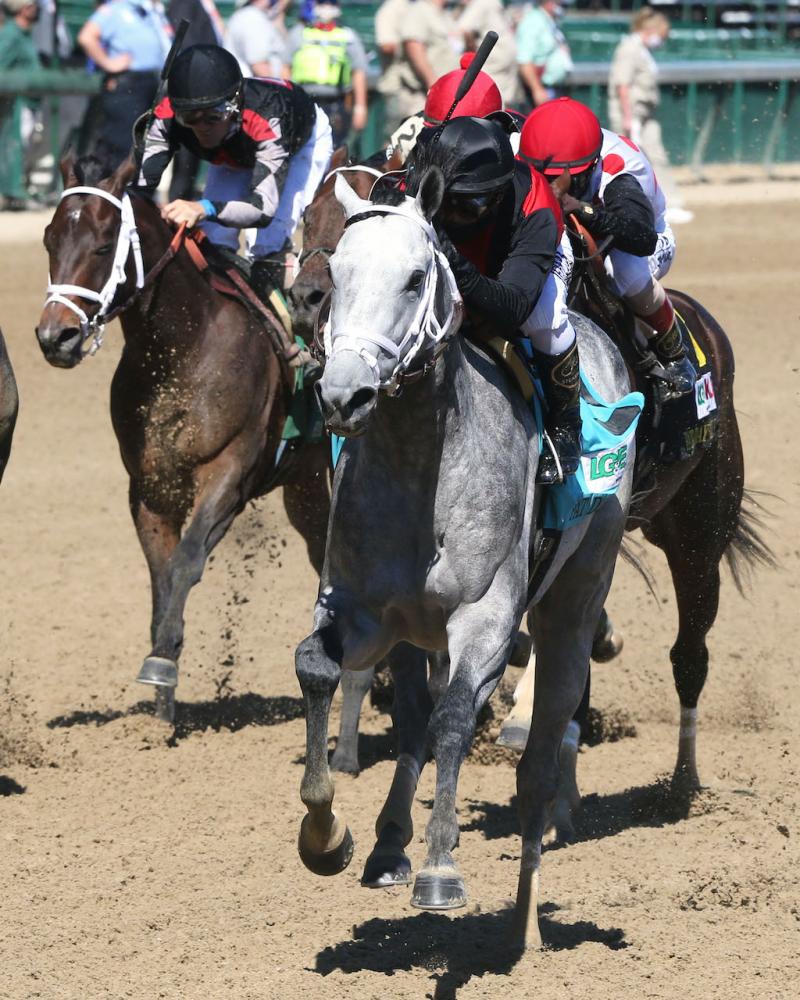 LOUISVILLE, KY (Saturday, Sept. 5, 2020) – Jim and Donna Daniell’s Rushie overtook dueling leaders Vertical Threat and Tap It to Win with a three-wide move at the head of the stretch and cruised to a 1 ¾-length victory over Sonneman to win the 96th running of the $500,000 Pat Day Mile Presented by LG&E and KU (GII) for 3-year-olds.

Trained by Michael McCarthy and ridden by Javier Castellano, Rushie covered the mile on the fast main track in 1:34.41.

Rushie raced three wide and in the clear in the run down the backstretch through fractions of :23.14 and :46.22. Castellano began to move on the far turn and quickly took command in the stretch.

It was another 1 ¼ lengths back to Shashashakemeup who was followed in order by Echo Town, Vertical Threat and Digital.

Javier Castellano (winning rider, Rushie) -- “I had the perfect trip. I was outside and took advantage of it. The way the race developed it was perfect, it was what I was looking for today. We sat two or three lengths off the pace and I kept track of those horses. When we turned for home, I asked him and the horse responded so well. I think the mile was perfect today for the horse. I’m glad we got it done.”

Michael McCarthy (winning trainer, Rushie) -- “Part of me wanted to go with the Derby. The horse was training well all along but I can’t thank the owners enough for supporting me. We ended up in the Pat Day Mile and were rewarded with a great effort. Hopefully this race sets us up for a solid fall campaign. I’m not sure which way we go from here. It’s been a long day and a tough day yesterday in the Oaks (with Speech) so we’re just going to savor this one and see what happens down the road.”

Manny Franco (rider, Sonneman, second) -- “I’m really happy with the way he finished. Steve (Asmussen) has done a great job with him. I’m just happy with second. It changed the race (with the scratches of Cezanne and No Parole) because we thought there was going to be more pace in front. With the scratches, it wasn’t too fast early.”

Steve Asmussen (trainer runner-up Sonneman and fifth-place finisher Echo Town): “The race didn’t set up the way either one of them needed. Echo Town was kind of boxed in there, and then going too slow and then held up. Not ideal for him. Sonneman had trained really well and deserved the chance. But he’d have benefited from more pace as well. I think the two scratches really distorted the race.”

John Velazquez (rider, Tap It to Win, third) -- “I thought he ran really well. I was hoping he held on for second but that’s all he gave me. I was sitting perfect. I know the horse inside (Vertical Threat) had a little bit of speed so I could concede off him. He sat well, really nice and eventually when they came to me at the three-eighths pole I tried to hurry up and tried to keep my head in front of the other horse (Rushie) but he had too much horse.” 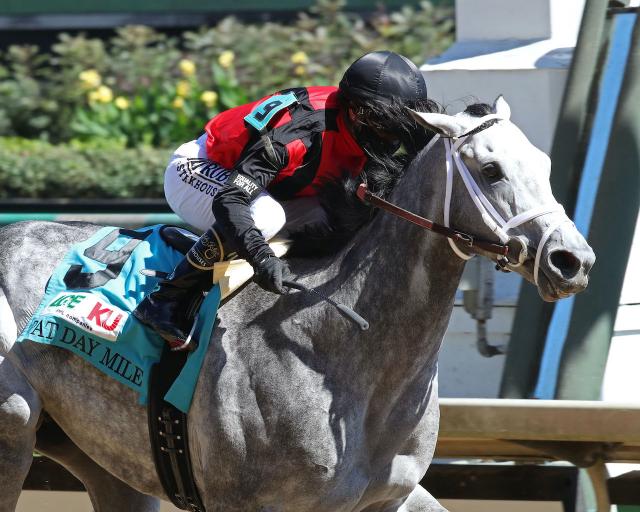