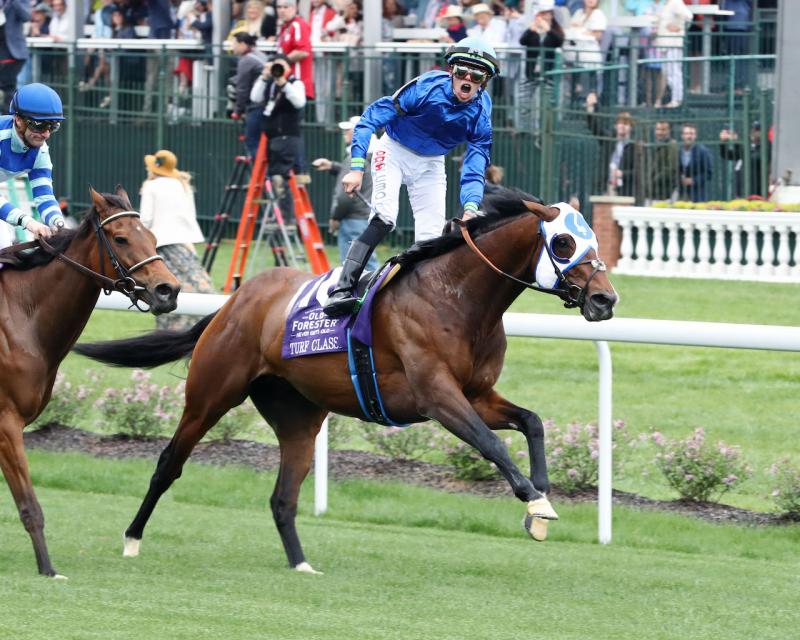 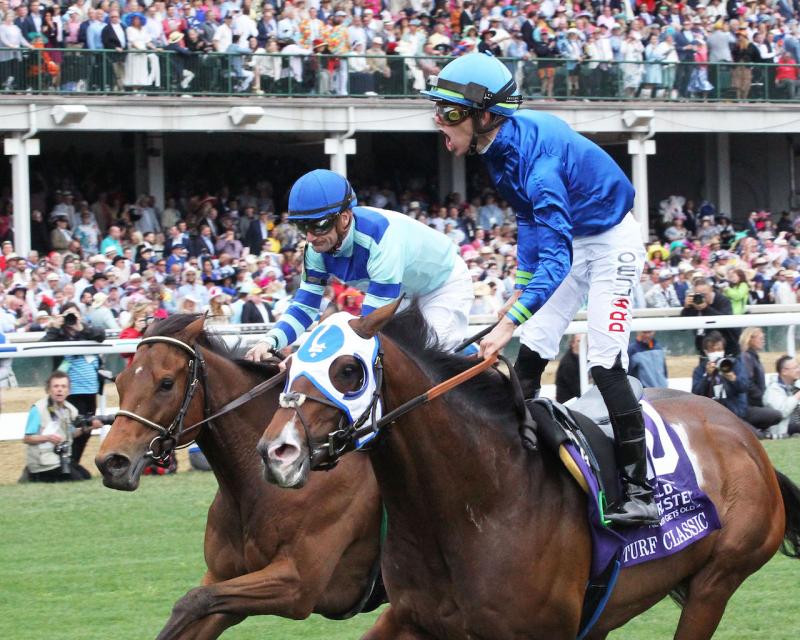 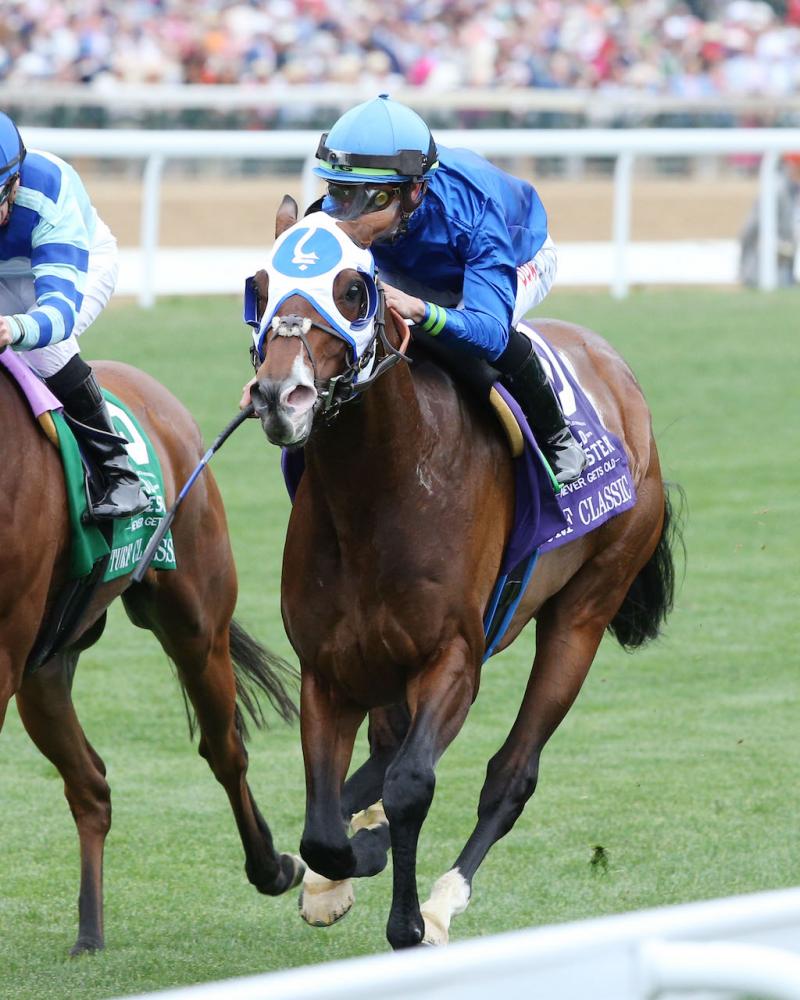 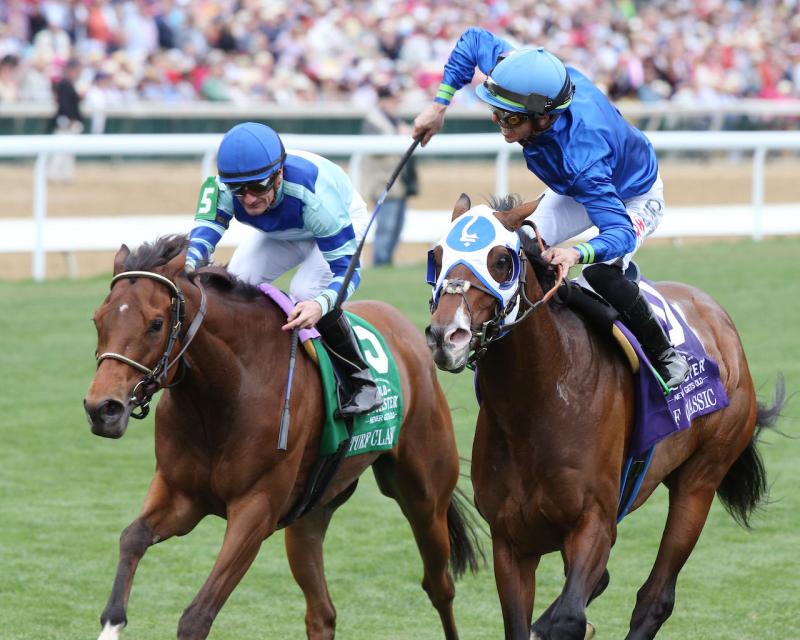 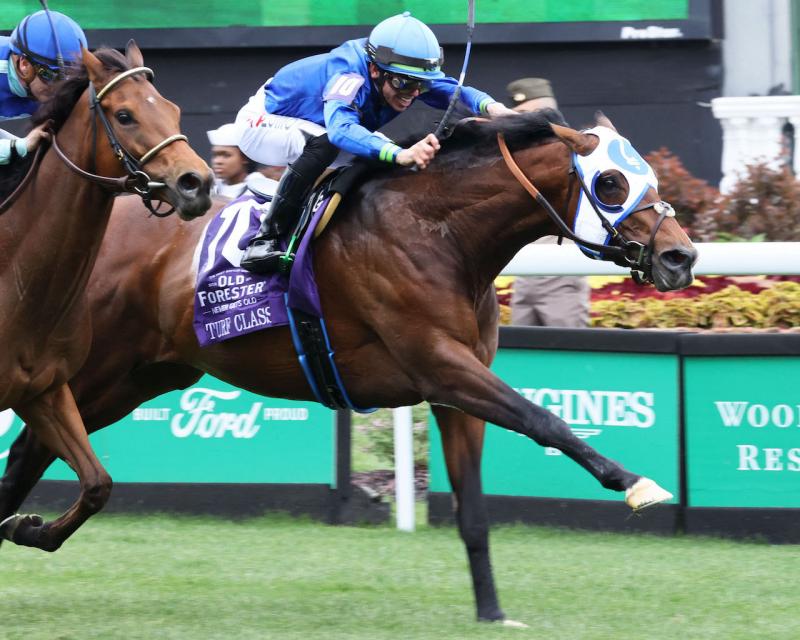 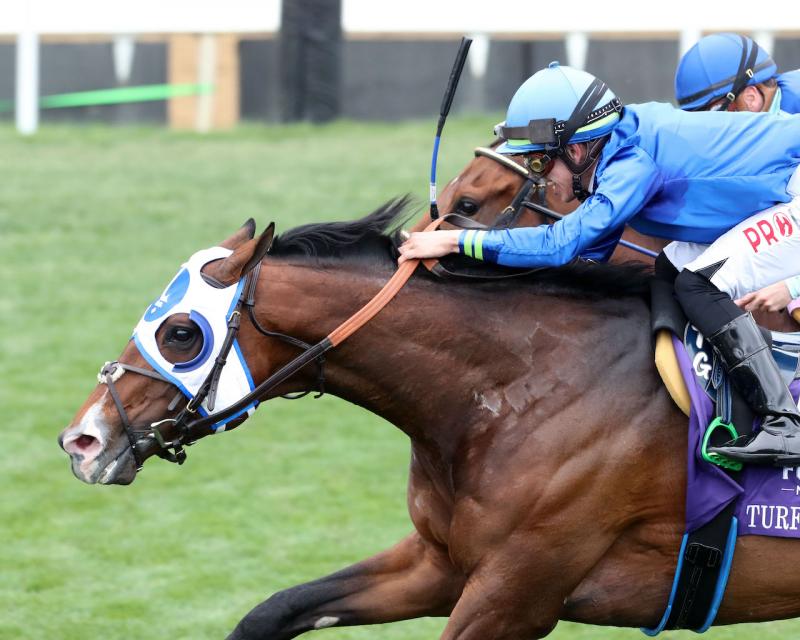 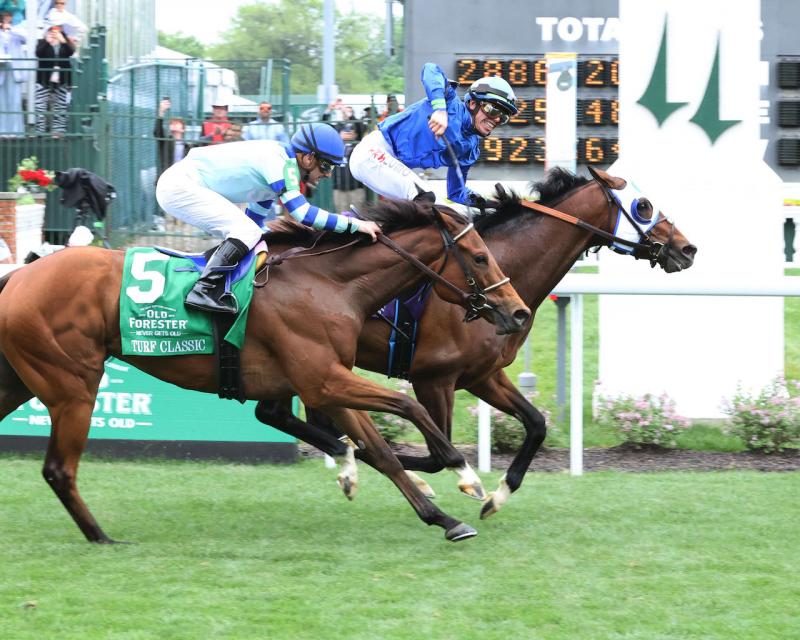 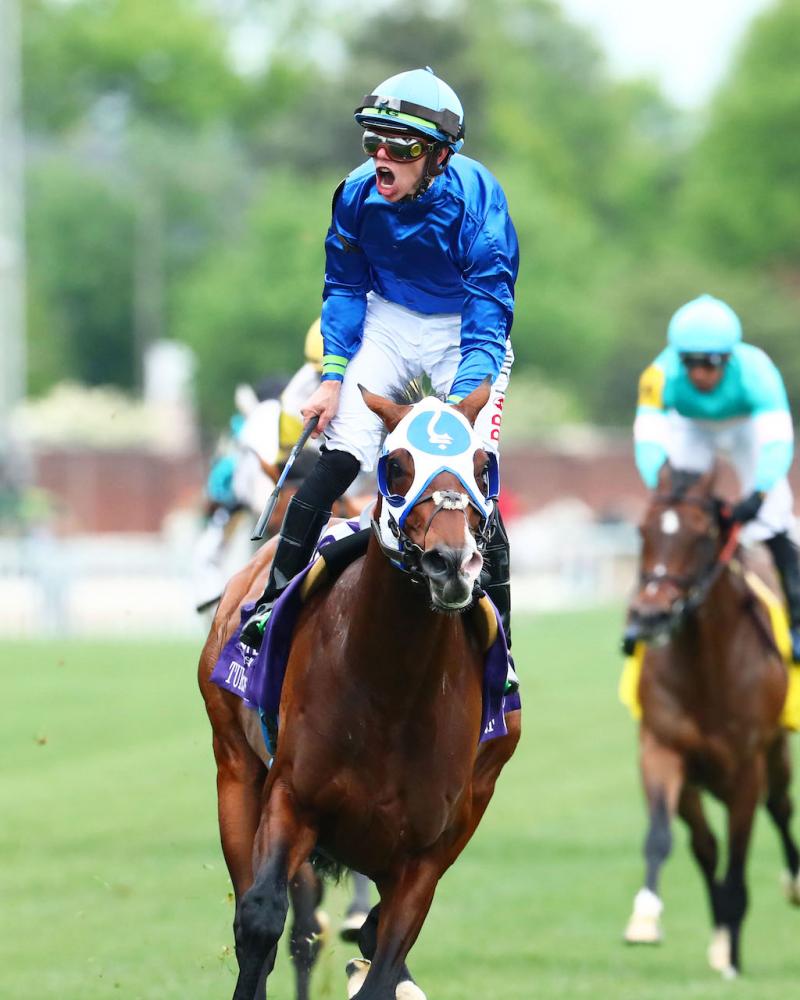 Godolphin’s homebred Santin prevailed in a protracted stretch duel over Mira Mission by a neck to win the 36th running of the $1 million Old Forester Bourbon Turf Classic for 3-year-olds and up Saturday afternoon.

Trained by Brendan Walsh and ridden by Tyler Gaffalione, Santin completed the mile and an eighth on a firm Matt Winn Turf Course in 1:49.72.

Tribhuvan (FR) took the lead out of the gate and established a clear advantage leading the field of nine through fractions of :24.39, :49.02 and 1:13.13 with Santin lurking in second and Mira Mission another length back.

On the far turn, Gaffalione sent Santin after Tribhuvan with Mira Mission moving three wide right behind him. Mira Mission hit the front at the eighth pole only to have Santin dig back in and reclaim the lead at the sixteenth pole and not relinquish the advantage.

Santin is a 4-year-old Kentucky-bred son of Distorted Humor out of the Medaglia d’Oro mare Sentiero Italia. In notching his first stakes victory, Santin improved his record to 6-3-2-0 and increased his earnings to $813,200 with Saturday’s $595,200 check.

Shirl’s Speight finished another three-quarters of a length back in fourth and was followed in order by Tribhuvan, Public Sector (GB), Bizzee Channel, Cavalry Charge and Kentucky Ghost.

Tyler Gaffalione (Jockey, Santin, winner) – “It seems like in his races before, we were leaving him too much to do. It takes him time to get going. Brendan (Walsh) suggesting putting the blinkers on him and he worked with them and you see the result today. He’s really a fighter and coming along nicely.”

Brendan Walsh (Trainer, Santin, winner) – “We’ve thought this was a special horse and I think we’re starting to see the start of something big here. He’s still just a baby; he’s only had six starts now. And he’s in here running against ones with 10, 12, 15 starts. We were letting him come along at his own pace, but we gave him some help to focus with the blinkers today. The people down at my barn have brought him along. I just happen to be there.”

Julien Leparoux (Jockey, Mira Mission, second) – “We had a great trip. We got to the lead there, but the winner fought back on us. My horse fought hard in the stretch, he did everything perfect. We are happy with his run. Disappointed to be second but we are very proud of him. He has been doing very good.”

Flavien Prat ((Jockey, Adhamo (IRE), third) – “We just couldn't catch them in the stretch, but he ran well, just not enough today.” 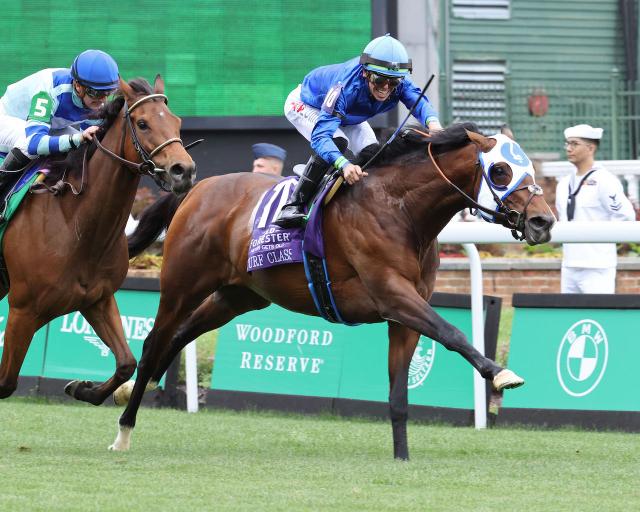