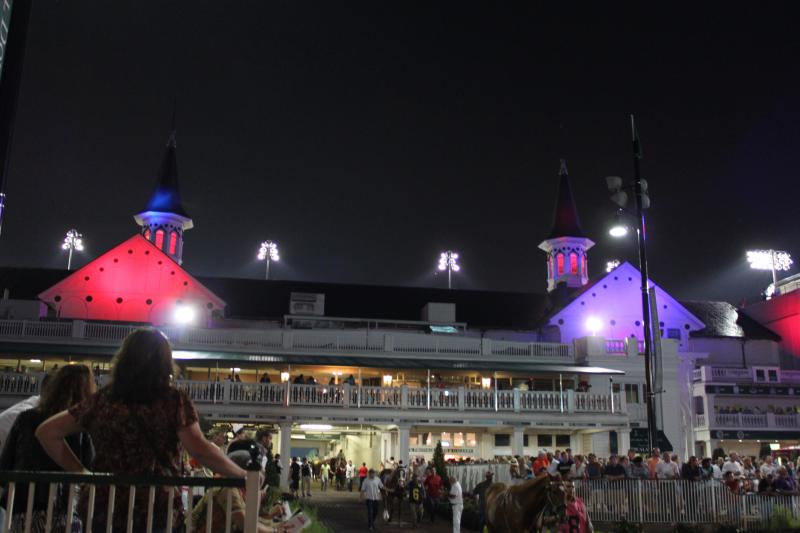 A fashion theme of patriotic red, white and blue is suggested for patrons attending Saturday's Downs After Dark celebration, which has a theme of "My Country 'Tis of Three." The Saturday night racing session will conclude the 38-day Spring Meet at Churchill Downs. (Churchill Downs)

A festive Downs After Dark Presented by Stella Artois and Jack Daniel’s celebration and the season’s final Twilight Thursday celebration highlight the final three days of Churchill Downs Racetrack’s Spring Meet, which will conclude its 38-day run on Saturday, July 2.

A highlight of the meet’s final days is the still-growing 20-cent minimum Single 6 Jackpot wager, which resumes in Thursday’s third race with a carryover pool of $671,761. The Single 6 requires a single winning ticket to pay-out its entire pool, but if there is no individual winner on Thursday or Friday, the entire pool must be paid out on Saturday’s wager to players who have the most winners on their Single 6 tickets.

“My Country ’Tis of Thee” is the theme for Saturday’s Downs After Dark program and patrons attending the celebration of racing and entertainment under the lights are urged to incorporate a patriotic red, white and blue theme into their fashion choices.

The evening will feature 11 races that include two important stakes events for 2-year-old Thoroughbreds who could emerge as contenders for the 2017 Kentucky Derby and Kentucky Oaks. The 115th running of the $100,000 Bashford Manor (Grade III) will feature colts and geldings, while the 116th running of the $100,000 Debutante (Listed) will feature 2-year-old fillies. The Saturday racing schedule also includes the $67,000-added Kelly’s Landing Overnight Stakes for 3-year-olds and up at seven furlongs.

Downs After Dark special events are headed by live music on the Plaza Stage by local country band Wildwood (http://www.wildwood502.com/). The evening’s Independence Day Weekend theme will include displays of World War II and present-day military equipment in the Plaza, a display of thousands of American flags by Flags4Vets at Gate 10 and special honors for four members of military in the G.H. Mumm Winner’s Circle following the fourth race at approximately 7:26 p.m.

Post time for the first race of Saturday’s Downs After Dark party is 6 p.m. (all times EDT) and admission gates open at 5 p.m. General admission is $10 and reserved seats start at $25. Seating in the Courtyard is available for $69 and Winner’s Circle Suites for groups of 18-20 are also available. Tickets and dining options can be purchased online at www.churchilldowns.com/tickets.

Special pricing will be available to active duty military and veterans who present a valid military ID. Members of those groups will receive 50 percent off of general admission and box seating for up to six for Saturday night’s program.

The Plaza Stage will feature live music by the Whiskey Bent Valley Boys (http://whiskeybentvalley.tumblr.com/ and www.facebook.com/whiskey.valley/?fref=ts). Fans may choose from offerings from a roster of the region’s finest food trucks that include ¡Holy Molé!, Longshot Lobsta, Mark’s Feed Store and Red Top Gourmet Hot Dogs, and $1 beers will be available from 5-8 p.m.

General admission to Churchill Downs on Twilight Thursday is $3.

The next-to-last racing program of the Spring Meet is set for Friday, July 1 and offers 10 live races. Post time for the first race is 12:45 p.m. and admission gates open at 11:30 a.m. 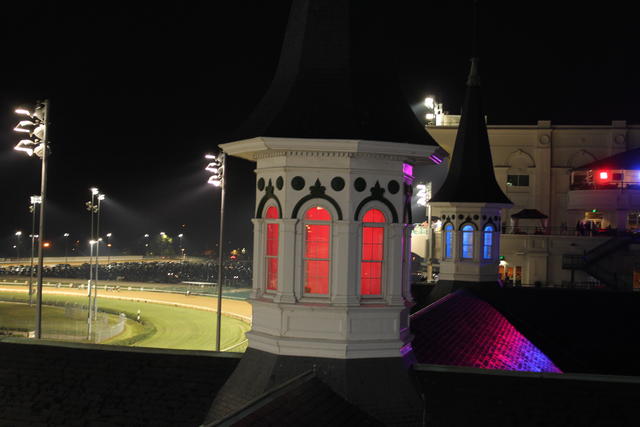