Scherer Gets Ultimate Surprise as Family, Friends Travel from Across Country to Celebrate 80th Birthday

When trainer Merrill Scherer attended Friday’s races at Churchill Downs, one of the biggest surprises met him when family and friends from across the country surprised the veteran conditioner for an advance celebration of his 80th birthday.

“I can’t believe I was swindled in to coming over for this,” Merrill joked. “This is unbelievable. I can’t believe everyone around the racetrack was able to keep their mouths shut and not tell me. This is a moment I will never forget.”

Five of Scherer’s sons attended Friday, including fellow trainer Gary Scherer, who flew in from Minnesota where he currently is stabled at Canterbury Park.

“The Scherers typically don’t see each other more than once a year,” said Clay Scherer, Merrill’s son and Kentucky-based bloodstock agent. “To get everyone together, including a lot of his owners, is very special.”

Scherer began his training career in 1962 and has been at it ever since. Scherer has spent the majority of his career based in the Midwest with stints in Illinois, Kentucky and Louisiana. It wasn’t until 1993 when he won his first graded stakes race with Little Bro Lantis in the Stars and Stripes Handicap (GIII) at Arlington. Since statistics started being regularly kept for horse racing in 1976, Scherer has won 1,410 races with earnings of more than $24.6 million.

Scherer’s sixth son, Richie, passed away from kidney cancer in 2017 at age 53. Richie helped his father during the summers as a teenager and was a trainer from 1985 until he passed away.

“We’re all missing Richie today,” Scherer said. “I know he’s up there looking down on us and would have loved to be here for it.”

Scherer, born in New Orleans, will celebrate his 80th birthday on July 21.

Along with the stellar 12-race program, Saturday is a mandatory payout for all wagers. Entering Friday’s program, there was a massive $309,368 carryover in the Single 6 Jackpot. Saturday’s Single 6 Jackpot, which only costs 20 cents per combination, will cover Races 7-12 starting at approximately 3:50 p.m. The daily six-race sequence, which has a low 15% takeout, has challenged bettors to select the winners of six consecutive races but the Jackpot pool is only paid if there is a single winning ticket. When multiple tickets contain six winners 90% of that day’s pool is paid out and 10% is added to the Jackpot carryover.

Saturday’s featured event, the Bashford Manor for 2-year-olds run at six furlongs, showcases a competitive field of nine horses. The Bashford Manor is carded as Race 11 at 5:59 p.m. and free past performances are available here: http://www.brisnet.com/wp-content/uploads/2019/06/BashfordManor19.pdf.

In the Bashford Manor’s companion race, the $125,000 Debutante, Three Chimneys Farm’s impressive maiden winner Magic Dance was made the 8-5 morning line favorite as she faces eight rivals in the six-furlong contest.

Among the competitors to Magic Dance is California-invader Cholula Lips for trainer Mike Harrington. Cholula Lips, who sports blinkers and a shadow roll, broke her maiden in a 4 ½-furlong maiden special weight at Santa Anita. This is Harrington’s first trip back to Churchill Downs since Creative Cause finished fifth in the 2012 Kentucky Derby.

“Well, they didn’t let us win the Derby that year so I figured I shouldn’t come back until I found a good one,” 77-year-old Harrington said. “This filly seems to show some signs of promise. She’s ready to run, that’s for sure. Hopefully she keeps improving and we didn’t see the best of her at Santa Anita.”

Free past performances for the Debutante are available here: http://www.brisnet.com/wp-content/uploads/2019/06/Debutante19.pdf.

In the seven-furlong Kelly’s Landing, 5-2 morning line favorite Warrior’s Club is expected to scratch in favor of the $300,000 John A. Nerud (GII) – a Breeders’ Cup “Win and You’re In” event on July 6 at Belmont Park, according to Churchill Downs Racing Club liaison Gary Palmisano.

The Kelly’s Landing is Race 8 at 4:22 p.m. Free past performances are available here: http://www.brisnet.com/wp-content/uploads/2019/06/KellysLanding19.pdf

MEET LEADERS – Entering the closing two days of racing at Churchill Downs, trainer Steve Asmussen has clinched the leading trainer title for the 38-day Spring Meet while jockey Corey Lanerie had a nearly insurmountable lead in the rider standings 38-29 wins over Miguel Mena. Asmussen, who shattered his own record for the 38-day meet with 166 starters, held a 27-16 win lead over Brad Cox and Eddie Kenneally. This will be Asmussen’s record-extending 21st title at Churchill Downs.

Moss has one entry Friday (Sharp Witted in Race 7). 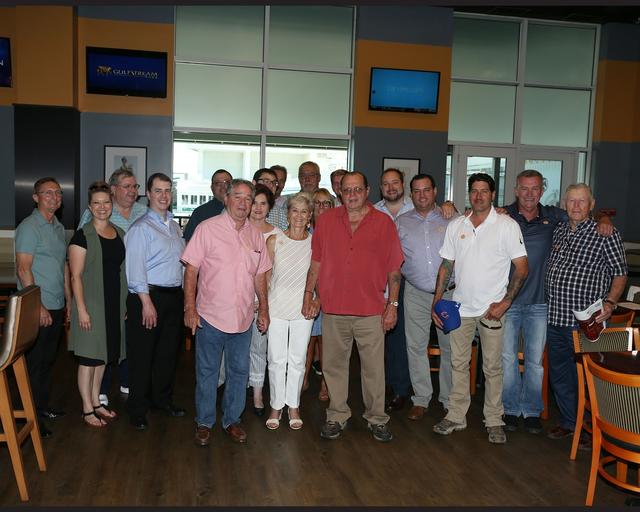