Joel Politi’s Serengeti Empress confirmed that her 13 ½-length Ellis Park Debutante win was no fluke when she rolled to a front-running 19 ½-length demolition job in Saturday’s 50th running of the $200,000 Pocahontas (Grade II) for 2-year-old fillies at Churchill Downs.

Ridden by Corey Lanerie and trained by Tom Amoss, Serengeti Empress broke alertly from the rail and ran 1 1/16 miles on a fast track in 1:45.47 to easily dismiss her 10 rivals. She set solid early quarter-mile fractions of :23.17, :46.94 and 1:12.20 along the way. Southern California invader Splashy Kisses was a distant second with Lightscameraaction another 1 ½ lengths back in third and My Wynter Rose another head back in fourth.

The victory by Serengeti Empress was a record for the Pocahontas and largest winning margin in a stakes race at Churchill Downs since Rachel Alexandra won the 2009 Kentucky Oaks by 20 ¼ lengths.

Serengeti Empress, a Kentucky-bred daughter of Alternation out of the Bernardini mare Havisham, banked $116,560 for the win and guaranteed herself a starting spot in the $2 million Breeders’ Cup Juvenile Fillies (GI) on Nov. 2 at Churchill Downs. The Pocahontas is part of the Breeders’ Cup “Win and You’re In” Juvenile Fillies Challenge Division, which means the winner will also will have her entry fees and a travel allowance paid by Breeders’ Cup.

Serengeti Empress also is the early points-leader on the Road to the Kentucky Oaks after collecting 10 points. The Pocahontas was the first of 30 qualifying races to the Longines Kentucky Oaks (GI) to be run next May, and points were awarded to the Top 4 finishers on a 10-4-2-1 scale.

After Wynter Rose in fourth, the order of finish was completed by Love My Honey, Include Edition, Profound Legacy, Taylor’s Spirit, Two Dozen Roses, Tapping Pearl and Saved At Dawn. It Justhitthe Wire was scratched.

For Lanerie, it was his third Pocahontas win in the last four years. He also won the race with Dothraki Queen (2015) and Daddys Lil Darling (2016), both trained by Kenny McPeek.

Corey Lanerie, jockey of SERENGETI EMPRESS (winner): “When you have a horse like this, it’s easy to be the passenger. It’s a credit to Tom and his team because this filly has done everything right. When I came back and saw the fractions and how quick we went up front I really couldn’t believe it. That’s when you know you’re sitting on a good horse - when they can travel as quickly as they do without you realizing it.”

Tom Amoss, trainer of SERENGETI EMPRESS (winner): “We are very excited about this filly, and for obvious reasons. We know we have a nice filly and it’s great that the Breeders’ Cup Juvenile Fillies (GI) is in our backyard. She’s such a pro with how she handles things in training. We’ll just let her be her until the Breeders’ Cup and I think we’ll be just fine.”

Joel Politi, owner of SERENGETI EMPRESS (winner): “I’ve been coming to the races since I was 5-years-old and I’ve never seen anything like this. It’s incredible. We’re going to ride it as far as we can. I have to give Tom and his team all the credit – this race was just simply mind boggling.”

Doug O’Neill, jockey of SPLASHY KISSES (runner-up): “She ran dynamite at Del Mar so I thought we’d give her a try in this spot. We just ran into an unbelievably gifted filly. I’m proud of how our horse handled everything today.”

Robby Albarado, jockey of LIGHTSCAMERAACTION (third): “There was no catching the winner. That was unbelievable.” 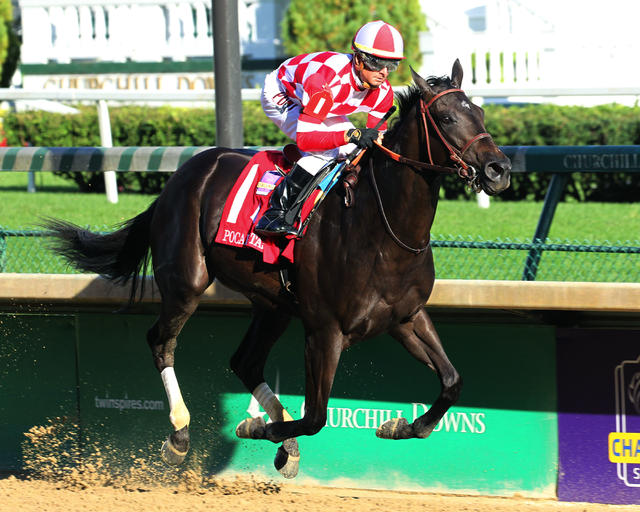