Services For Donnie Richardson To Be Held Friday

In addition to Friday’s services, a visitation will be held tonight (Thursday) from 4-8 p.m. at Ratterman Funeral Home, 12900 Shelbyville Road, East Louisville. Masks and social distancing are required.

Richardson passed away Tuesday at age 75. Born Jan. 27, 1946 to the late Elmer and Gertrude Richardson, the Louisville native spent a lifetime around racing. His father ran the program department at Churchill Downs, Louisville’s defunct Miles Park and the old Latonia (now Turfway Park) for more than 30 years.

In 1979, Richardson moved out of the racing office and into a new career as a jockey’s agent, in which he guided the careers of such notable riders as Hall of Fame members Chris McCarron and Don Brumfield and veterans such as Jim McKnight, Keith Allen, Darrell Haire, Mike McDowell, Earlie Fires and others.

He again joined Churchill Downs in 1990 as the track’s stakes coordinator. Later, as senior vice president of racing, Richardson oversaw Churchill Downs’ racing program and was responsible for policy development, strategy and horsemen’s services for Churchill Downs Incorporated and its racing markets in Florida, Illinois, Kentucky and Louisiana.

“Donnie Richardson devoted his life to horse racing,” said Churchill Downs Racetrack President Mike Anderson. “He was a valuable Churchill Downs employee for 22 years and helped champion the growth of our stakes program, including the Kentucky Derby Week schedule of races we know today. Our hearts and prayers are with Donnie’s numerous family and friends around the racetrack as they grieve during this difficult time.”

Richardson, who married the love of his life, the late Theresa Longazel Richardson, is survived by his two daughters, Jennifer Richardson (Scott Rech); and Shelley Dunn (Jason); and two grandsons, Jonathan and Jack Dunn.

Churchill Downs Racetrack (“CDRT”), the world’s most legendary racetrack, has been the home of The Kentucky Derby, the longest continually held annual sporting event in the United States, since 1875. Located in Louisville, CDRT features a series of themed race days during Derby Week, including the Kentucky Oaks, and conducts Thoroughbred horse racing during three race meets in the Spring, September, and the Fall. CDRT is located on 175 acres and has a one-mile dirt track, a 7/8-mile turf track, a stabling area, and provides seating for approximately 60,000 guests. The saddling paddock and the stable area has barns sufficient to accommodate 1,400 horses and a 114-room dormitory for backstretch personnel. CDRT also has a year-round simulcast wagering facility. www.ChurchillDowns.com. 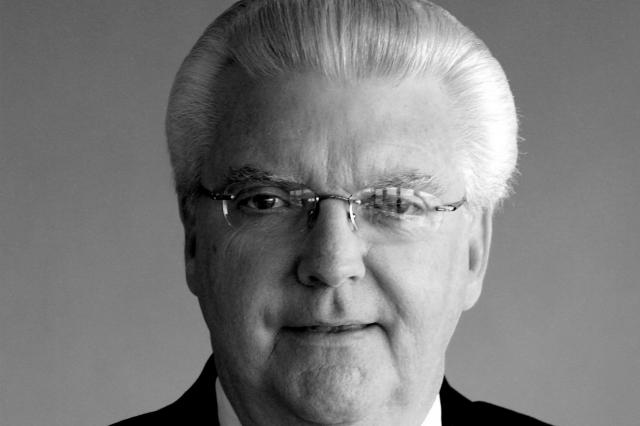