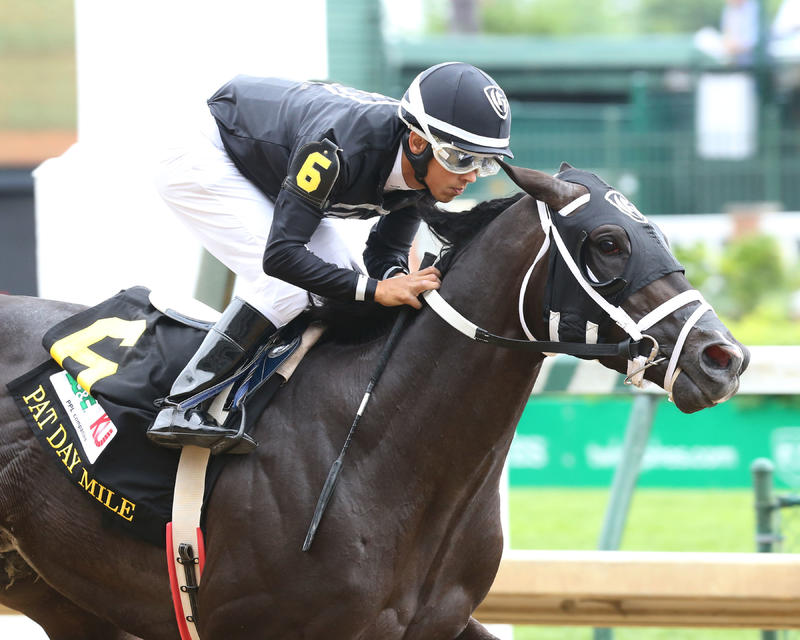 Trainer Jorge Navarro's Sharp Azteca was all alone under jockey Edgard Zayas at the finish of the 92nd running of the $250,000 Pat Day Mile (GIII) for 3-year-olds on the Kentuckyk Derby undercard at Churchill Downs. (Coady Photography | Churchill Downs) 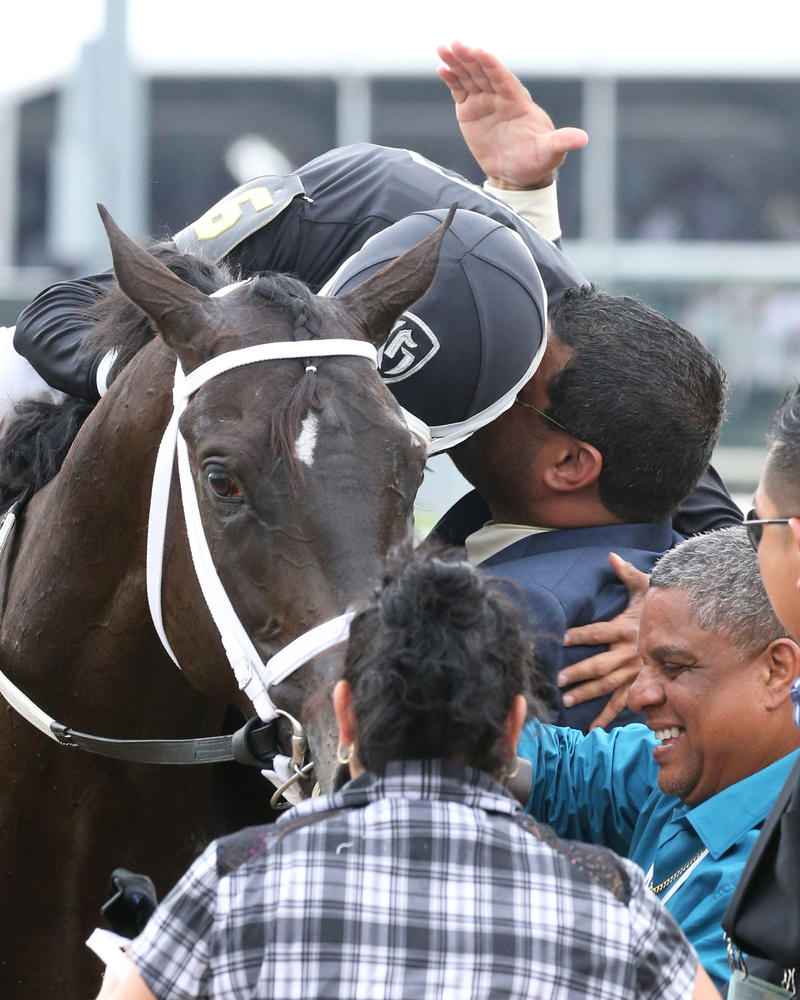 Gelfenstein Farm’s Sharp Azteca swept past the pacesetting Imperial Hint at the head of the stretch and cruised to a 2 ½-length victory in the 92nd running of the $250,000 Pat Day Mile Presented by LG&E and KU (GIII) for 3-year-olds.

Trained by Jorge Navarro and ridden by Edgard Zayas, Sharp Azteca covered the mile on a fast track in 1:34.37. It marked the second graded stakes victory of the afternoon for Navarro, who had won the Churchill Downs (GII) with Catalina Red.

Imperial Hint rocketed out of the gate with Sharp Azteca stalking in second through fractions of :22.05 and :44.09. The two leaders maintained their daylight advantage on the field at the head of the stretch when Sharp Azteca spurted clear and never was threatened the rest of the way.

It was a half-length back to Fellowship in fourth with Lookin for a Kiss, American Freedom, Unbridled Outlaw, American Dubai, Discreetness, Ralis, Gray Sky, Imperial Hint, Cocked and Loaded and Torrontes following in order.

Edgard Zayas (rider of Sharp Azteca, winner) – "I was little worried. There was one horse (Imperial Hunt) that has a lot speed and my horse has a lot speed. I just wanted to break and sit in a stalking position. At the three-eighths, I wanted to attack early because that horse is undefeated. Once I got to the front, I knew they were going to have to be running to catch me. My horse just kept running and running."

Jorge Navarro (trainer of Sharp Azteca, winner) – "I thought this horse was the bet of the day. I think this horse is one of the best 3-year-olds in the nation. The horse had some issues and we gave him some time off. We took a chance in here. He worked in :58 last week and the way he did it was just amazing. This horse will run all day."

"Once I get home, everything will hit."

Florent Geroux (rider of Forevamo, runner-up) – “My horse ran well but he wants to go longer. He is a two-turn horse but he did respond when I asked him for run. The winner was clearly the best but look forward to running longer.”

Al Stall Jr., (trainer of Forevamo, runner-up) – “He absolutely ran his race. We got the pace we wanted, we got the close we wanted, the six horse (Sharp Azteca) didn’t come back. I might give him a breather right now. He’s a nice horse, trying to catch up with himself. We might give him a few months off and start again.” 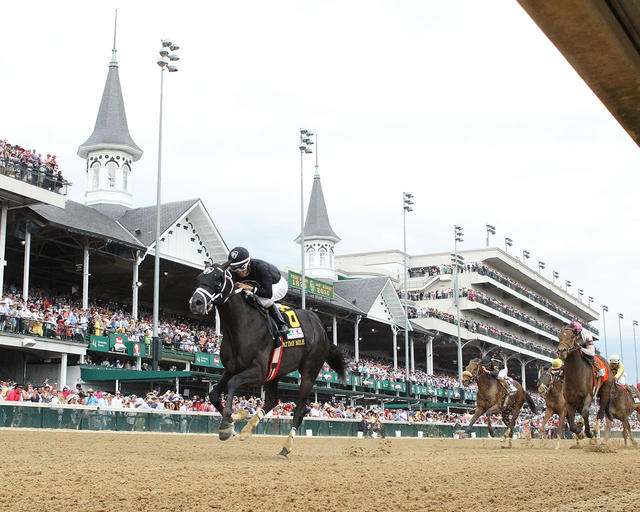