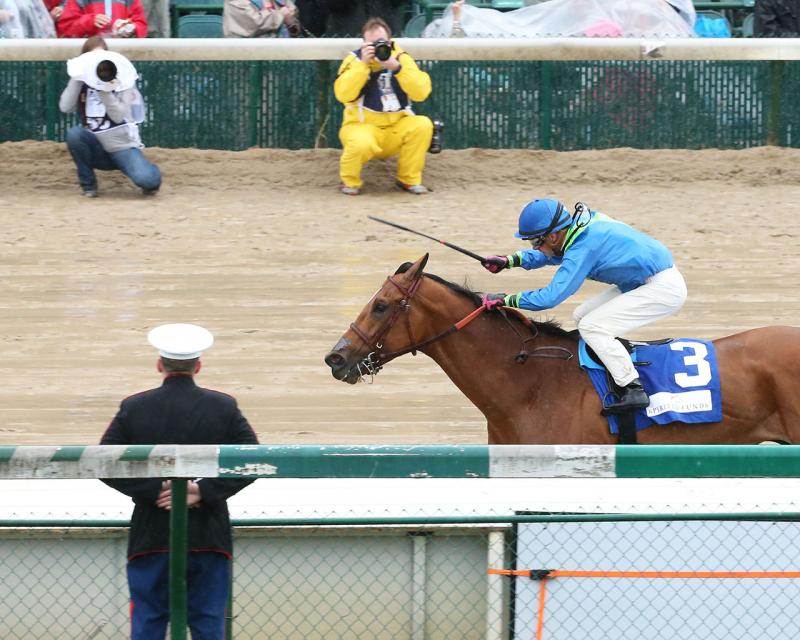 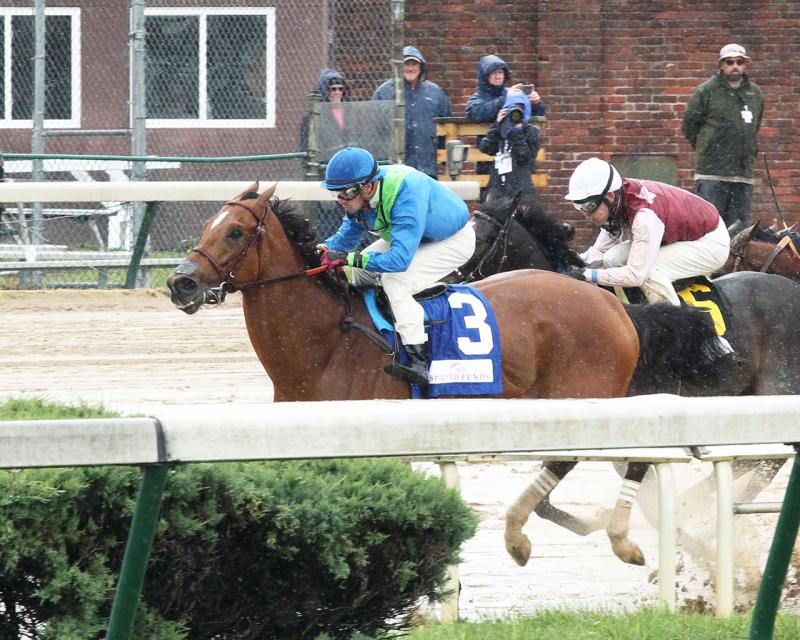 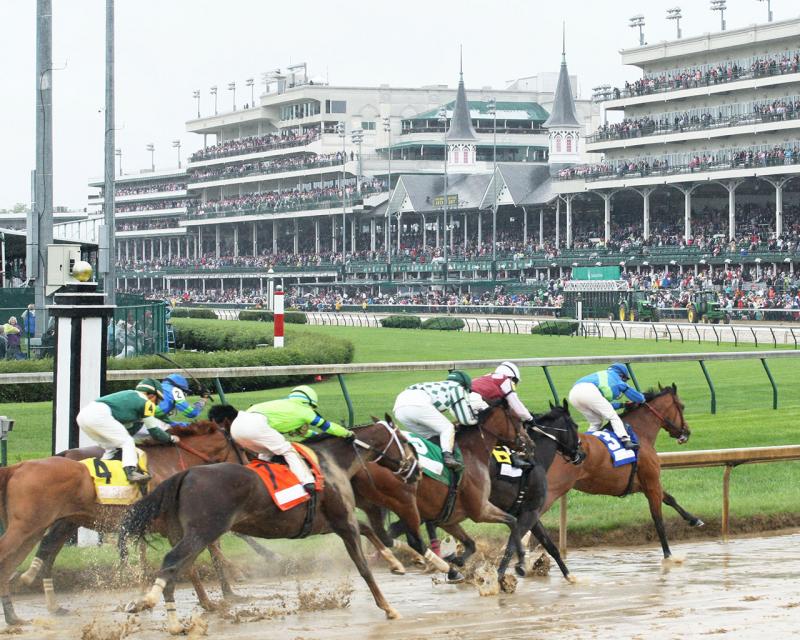 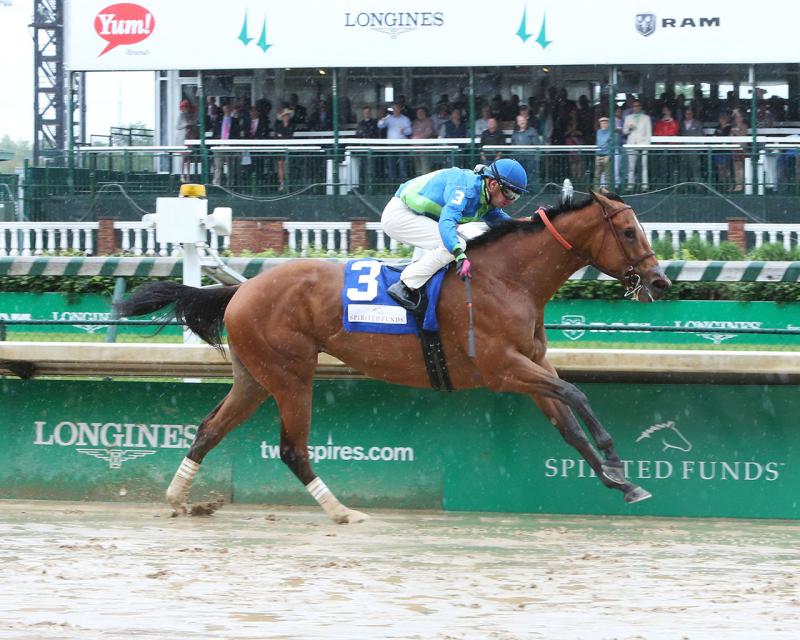 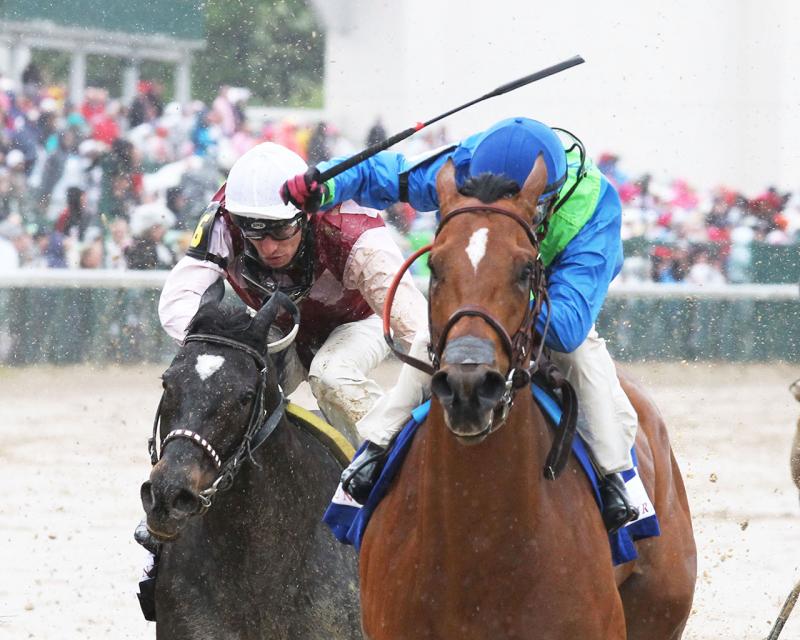 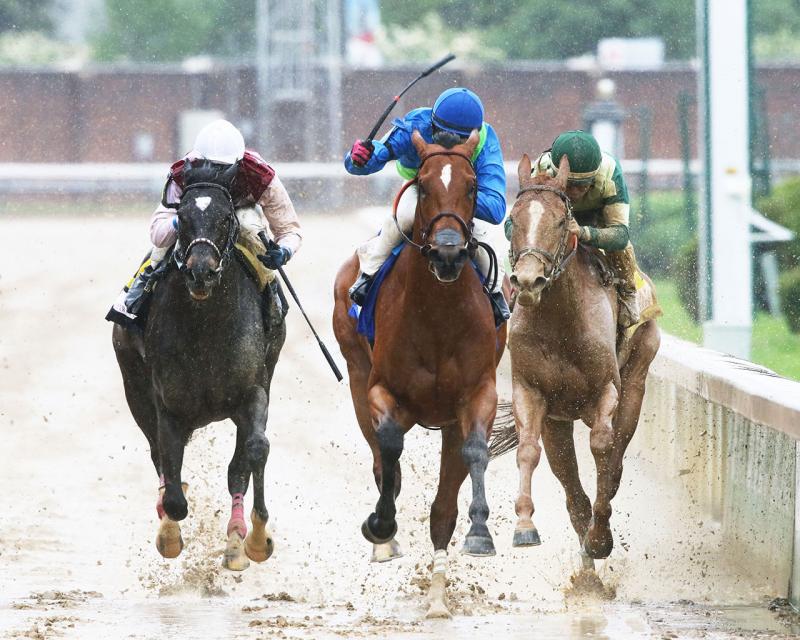 LOUISVILLE, Ky. (Friday, May 5, 2017) – Maggi Moss’ Big World took the lead shortly after the start and posted a 1 1/4-length victory over Romantic Vision to win the 32nd running of the $300,000 La Troienne Presented by Spirited Funds (GI) for fillies and mares.

Big World raced unopposed on the lead with Streamline in closest pursuit. At the head of the lane, Big World opened up on the field and had more than enough left to hold off Romantic Vision.

Big World is a 4-year-old Louisiana-bred daughter of Custom for Carlos out of the Broken Vow mare Tensas Wedding Joy.

It was another half-length back to favored Paid Up Subscriber, who was followed in order by Factory of Faith,Eskenformoney, Impasse and Go Maggie Mo.

Florent Geroux (rider of Big World, winner) – “Tom (Amoss) left it up to me (whether to go to the lead). She broke good, got to the lead and I saved as much as I could on the backside. When I asked her turning for home, she was there for me and very brave all the way to the wire.”

Tom Amoss (trainer of Big World, winner) – “I saw some speed in the race, so I left it up to Florent (Geroux). He made the front end and was able to control it up there, and that made all the difference. I’ve had her all winter long. I can’t thank Maggi Moss enough to have the opportunity with this filly. She’s responsible for buying this filly, not me. We just put her in the right spots. Maggi couldn’t be here today, but I know she would say that this is one of biggest moments of her career. Florent, Maggi and I will talk about it, and make some decisions (about Big World’s next start).”

Brian Hernandez Jr. (rider of Romantic Vision, runner-up) – “When we were turning for home, I thought she was going to catch that filly. She ran a big race.”

Rusty Arnold (trainer of Riomantic Vision, runner-up) – “Walking over for the race, I thought she would run a big one and she did just that. It’s great to run that well in a Grade One.

Chris Landeros (rider of Streamline, third-place finisher) – “My hat’s off to her. She always gives me 110 percent. I felt that maybe on a fast track she kind of takes me there a little more and grabs the track and picks herself up on the backside. Today she was on a loose rein and I knew not to push her and let her settle. When I asked her, she gave me a good run the last sixteenth, she just couldn’t handle it as much as she wanted to.”

Brian Williamson (trainer of Streamline, third-place finisher) – “She just keeps trying. She dug in and tried. She didn’t break as well as I would have liked. She was all right with the track. Maybe if we would have laid on (Big World) a little more … Speed was carrying and the plan was to lay close. She ran big and you can’t ask for anything more.” 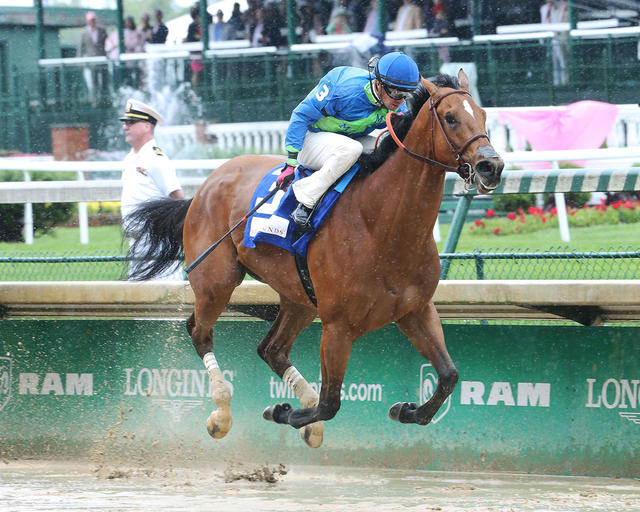